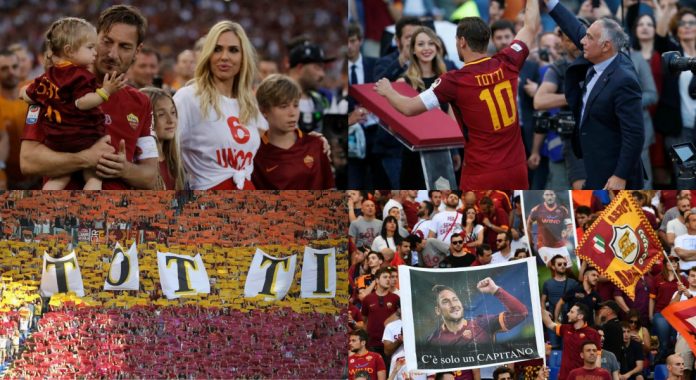 Francesco Totti made his final appearance for AS Roma in their 3-2 win over Genoa but the departing club legend hinted that he could continue playing elsewhere. 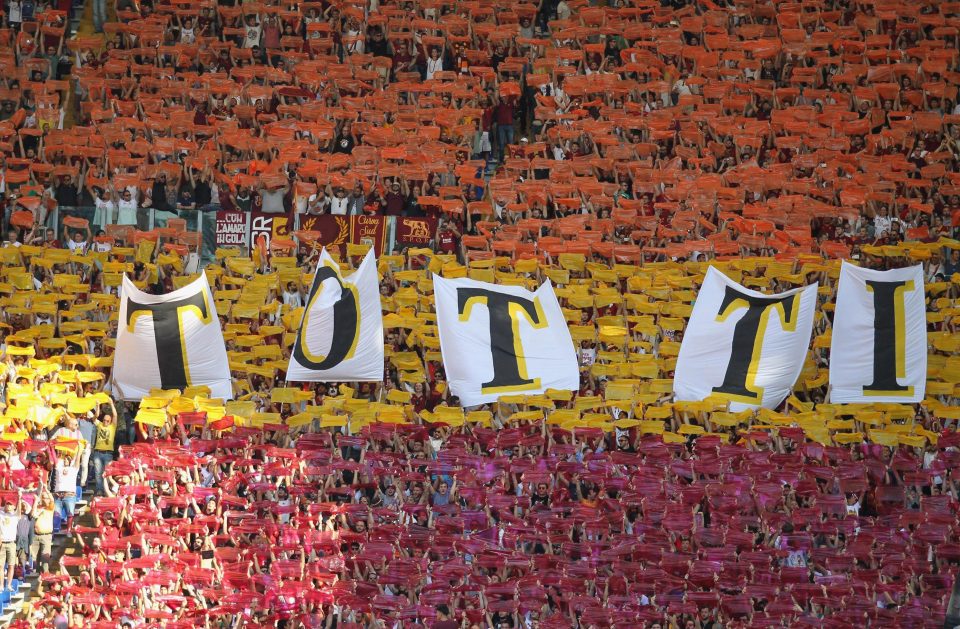 Totti dropped a hint that he could postpone his retirement and continue playing after stating “a new adventure” during an emotional farewell after his final game for the Serie A club. 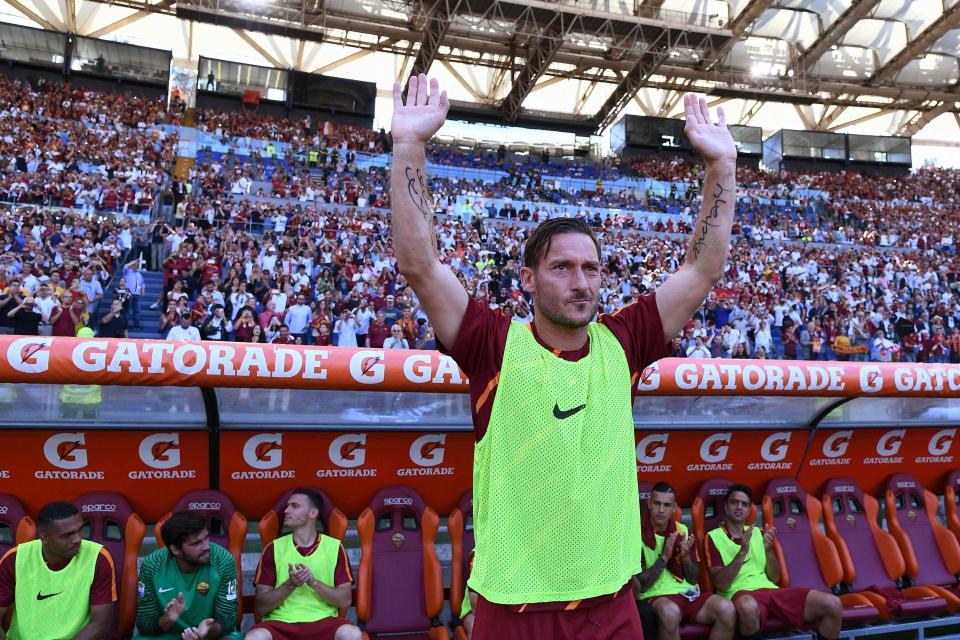 The club legend came off the bench to guide Roma to a crucial 3-2 home win over Genoa in the last match of the Serie A season – that helped them to clinch a second place finish in the league and an automatic Champions League qualification. 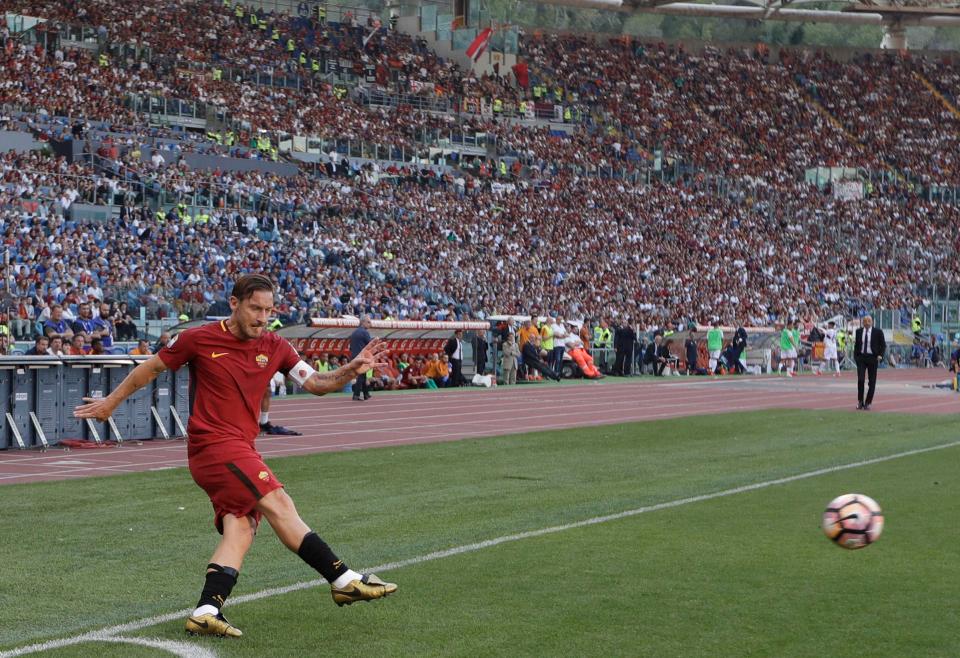 Earlier, Foottheball sources had claimed that Totti would remain at Roma but on a non-playing role after it was revealed that he would not sign a new deal, but during his farewell speech he suggested that he might have to think of a different option.

Totti said: “I like to think of my career as a fairytale to tell – and this is the worst part. Now it really is over. “ 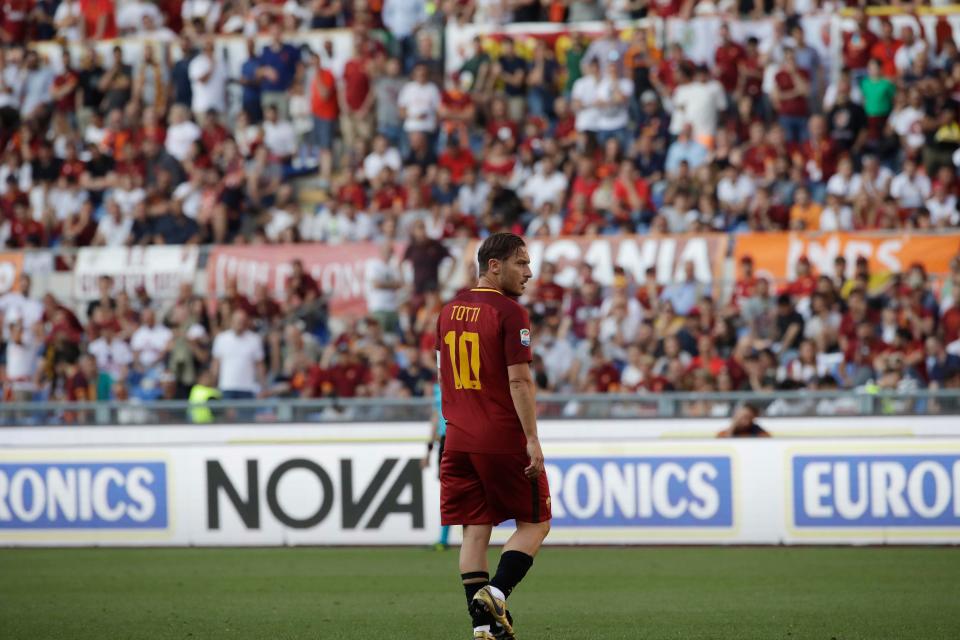 “I take off my shirt for the last time. I will fold it nicely, even if I have to admit I’m not ready to say it’s over and maybe I never will be.”

“Sorry if during this period I didn’t give interviews or clarified my thoughts, but it’s not easy to switch that light off. Now I am afraid. It’s not the same fear you have in front of the goal when you need to score a penalty. This time I cannot see through the holes in the net what lies beyond.” 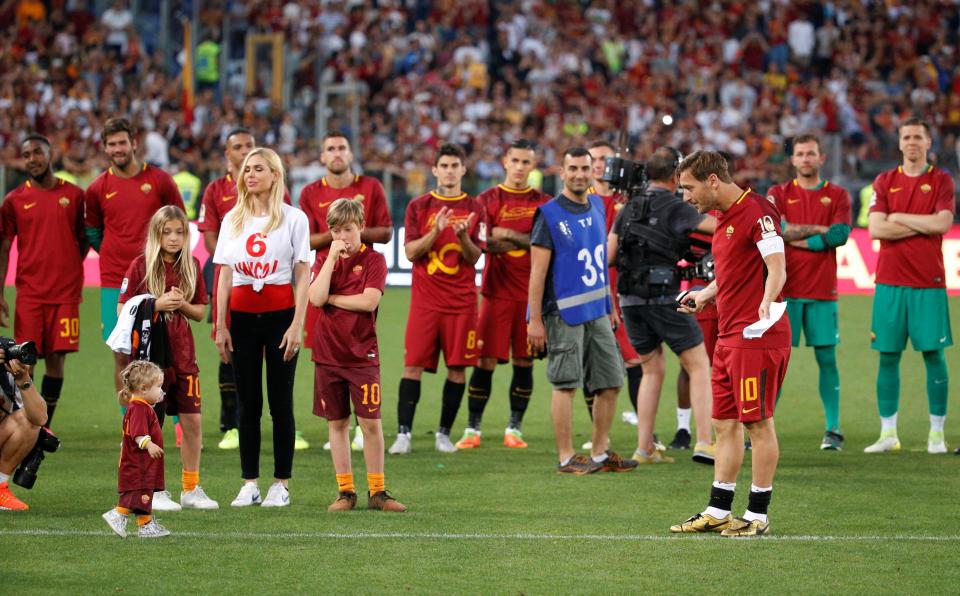 “So allow me to be a little afraid. This time I am the one who needs you and your warmth. What you’ve always shown me. With your affection, I will certainly be able to turn the page and throw myself into a new adventure.”

Totti puts an end to his AS Roma career after having played 47,098 minutes (32 days and 17 hours) in the Serie A, and with his tearful eyes he took a journey down the memory lane – talking about his sole Serie A title in 2001. Totti said: “It is impossible to sum up 28 years in a few sentences. I’d like to do so with a song or poem, but I can’t write any.” “Over the years, I’ve tried to express myself through my feet, which have made everything simpler for me ever since I was a child. Speaking of childhood, can you guess what my favourite toy was? A football, of course! And it still is today.” “At some point in life, you grow up – that’s what I’ve been told and that’s what time has decided. Damned time.” “Back on June 17, 2001, we all wanted time to pass a little more quickly. We couldn’t wait to hear the referee blow the final whistle. I still get goosebumps now when I think back to it.” 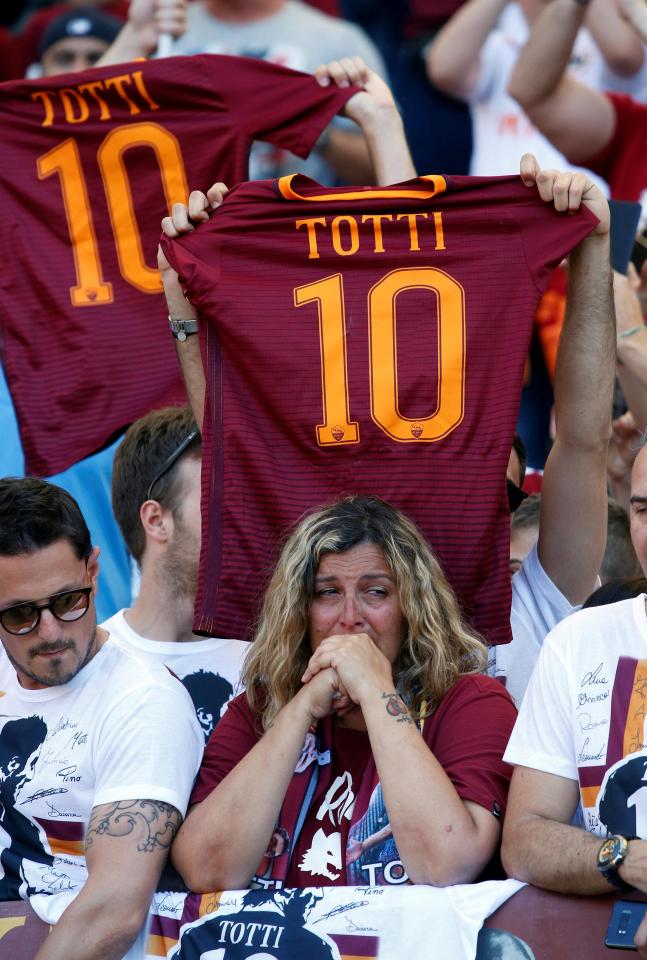 “Today, time has come to tap me on the shoulder and say: ‘We have to grow up. As of tomorrow, you’ll be an adult. Take off those shorts and boots because starting today, you are a man. You can no longer enjoy the smell of the grass, the sun on your face as you bear down on the opposition’s goal, the adrenaline consuming you, the joy of celebrating.’ “Over the past few months, I’ve asked myself why I’m being awoken from this dream. Imagine you’re a child having a good dream… and your mother wakes you up to go to school. You want to keep dreaming… you try to slip back into the dream but you never can.” “This time, it’s not a dream, but reality. And I can no longer slip back in.” 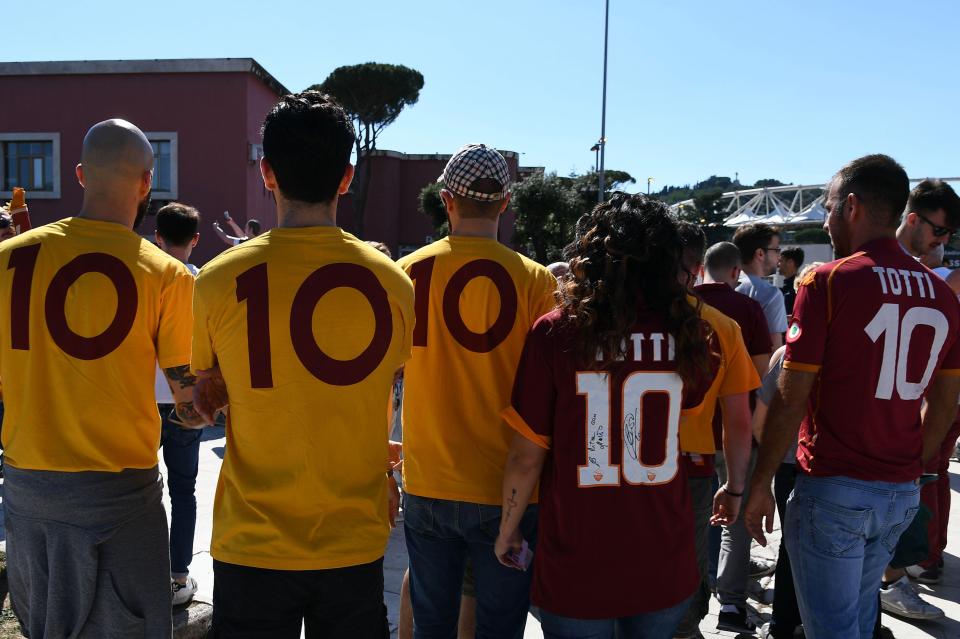