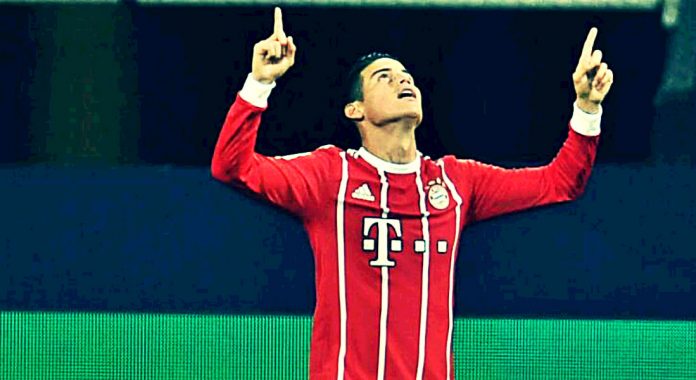 Bayern Munich move atop the standings after beating Schalke 3-0 on the road at the opener of the 5th round in Bundesliga on Tuesday.

The defending Bundesliga champions reaped their fourth win of the season as goals from Robert Lewandowski, James Rodriguez and Arturo Vidal were enough to edge hosts Schalke.

The “Royal Blues” tried to take the reins in the opening period but Bayern worked out the first chances of the game through Sebastian Rudy and Thomas Mueller to take the wind out of Schalke’s sails.

The hosts came nonetheless to their first promising opportunity when Amine Harit forced Bayern’ s back up goalkeeper Sven Ulreich to make a safe with 20 minutes into the game.

Bayern remained unimpressed and did their own thing as Robert Lewandowski broke the deadlock from the spot after converting a handball penalty five minutes later.

Carlo Ancelotti’s men gained momentum and doubled the lead in the 29th minute when James Rodriguez benefited on Corentin Tolisso’s square pass to beat Schalke goalkeeper Ralf Faehrmann into the near post corner from the edge of the box.

After the restart, Bayern should have extended their lead but Thomas Mueller’s header on target rattled only the woodwork with six minutes into the second half.

However, Schalke kept it going but lacked in accuracy as Daniel Caligiuri and Yevhen Konoplyanka pulled wide from promising positions.

The “Bavarians” cut a better figure in front of Schalke’s goal as Arturo Vidal finished off James Rodriguez’ chip with a volley into the top left corner to seal the deal in the 75th minute.

With the victory, Bayern climb atop the standings for now meanwhile Schalke suffered their second loss of the season to drop to the 5th place.

Augsburg reaped their third win in row after upsetting Leipzig 1-0 on the sole goal from Michael Gregoritsch and Wolfsburg shared the spoils with Werder Bremen as Fin Bartels equalizer cancelled out Divoc Origi’s opener.