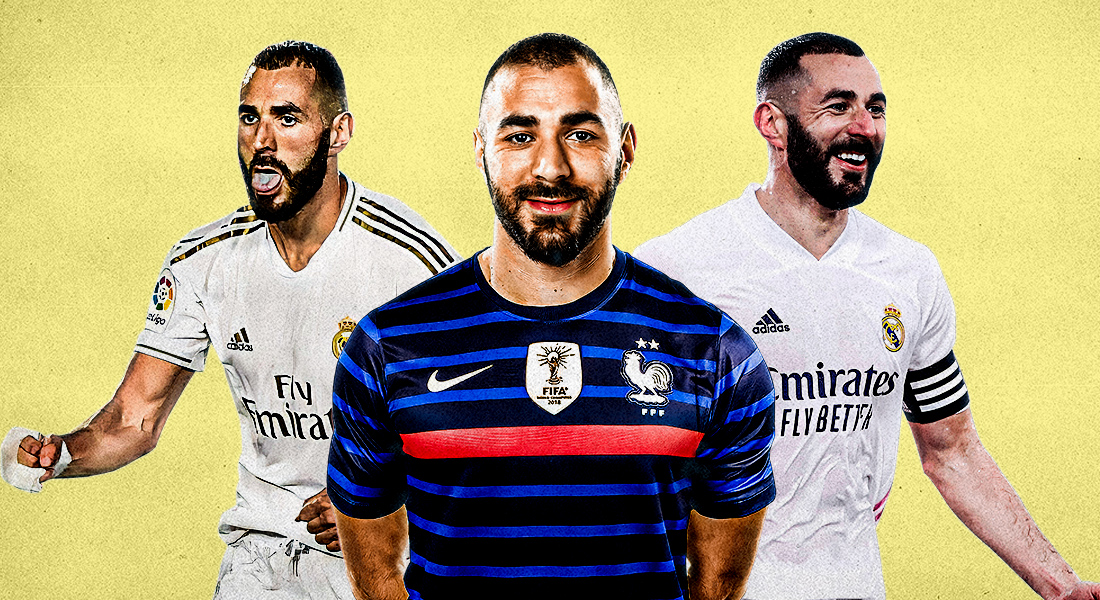 In 2009, Florentino Perez went ahead and did a madness in the transfer window. The debacle in the previous season and Perez’s subsequent re-election saw not only the arrival of superstars such as Cristiano Ronaldo, Kaka, Xabi Alonso but also a young, upcoming Karim Benzema from France. And 12 years later, only he remains at the fallen Bernabeu.

The archetype of a controversial footballer, Benzema had been involved in many cases throughout his career, but he never let it affect his game while at Real Madrid and the fact that he stayed as the main striker for a club for 12 years, let alone a club like Real Madrid, is indicative of his sheer resilience and will-power.

And that Benzema is not getting ready to rock it up France at the upcoming Euro 2020, after being called up for the national squad for the first time in nearly five years.

Born in Lyon, Benzema started his career as a striker in the youth system of local club SC Bron Terraillon at the age of eight and was snapped up by giants Olympique Lyonnais after impressing the club officials in a under-10 match where he scored two goals playing for Bron.

Making his debut seven years later for the first team at the age of 17, Benzema only scored twelve goals in 49 appearances for Lyon in the first three seasons, although he was mainly a backup to Florent Malouda and Sylvain Wiltord. 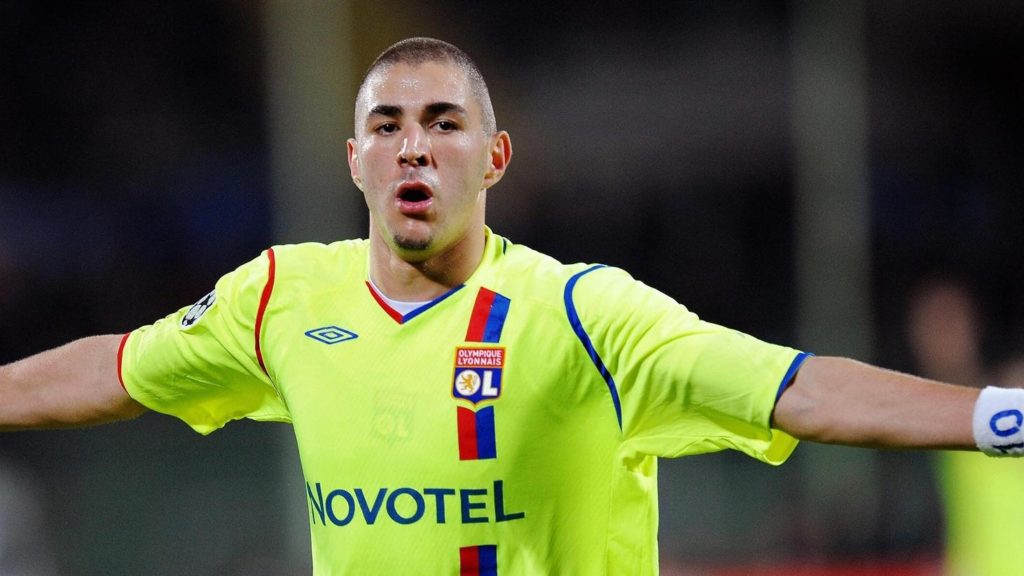 Benzema celebrating after scoring a goal for Lyon in 2009. (Image Courtesy: UEFA / Website)

Three years later, in 2007, Benzema became the club’s main man upfront, and just at the age of 22, he managed to score 55 goals in 99 appearances in the following two seasons and helped Lyon achieve their first ever domestic double in 2007-08.

As expected, he attracted the eyes of the leading clubs in the world, with the likes of Manchester United and Real Madrid fighting for the services of the Frenchman.

In July 2009, Benzema left Lyon and joined Real Madrid in a deal worth an initial €35 million and an additional €6 million in variables. Although he arrived in Madrid carrying the tags of a talented young player, he didn’t receive much attention, mainly due to the arrivals of superstars in Kaka, Ronaldo and Xabi Alonso the same summer. The first season at the Bernabeu wasn’t up to mark for the France international as Benzema only scored 9 goals in 32 appearances. Slowly though, he picked up the pace by scoring 65 goals in 126 appearances in the next three seasons while also racking up 34 assists in the same period.

The arrival of Gareth Bale in the summer of 2013 completed the forward line after which Benzema started to show his full array of talents. In the five seasons that the trio, nicknamed BBC, had graced La Liga, Benzema was the quietest but put-up impressive numbers. 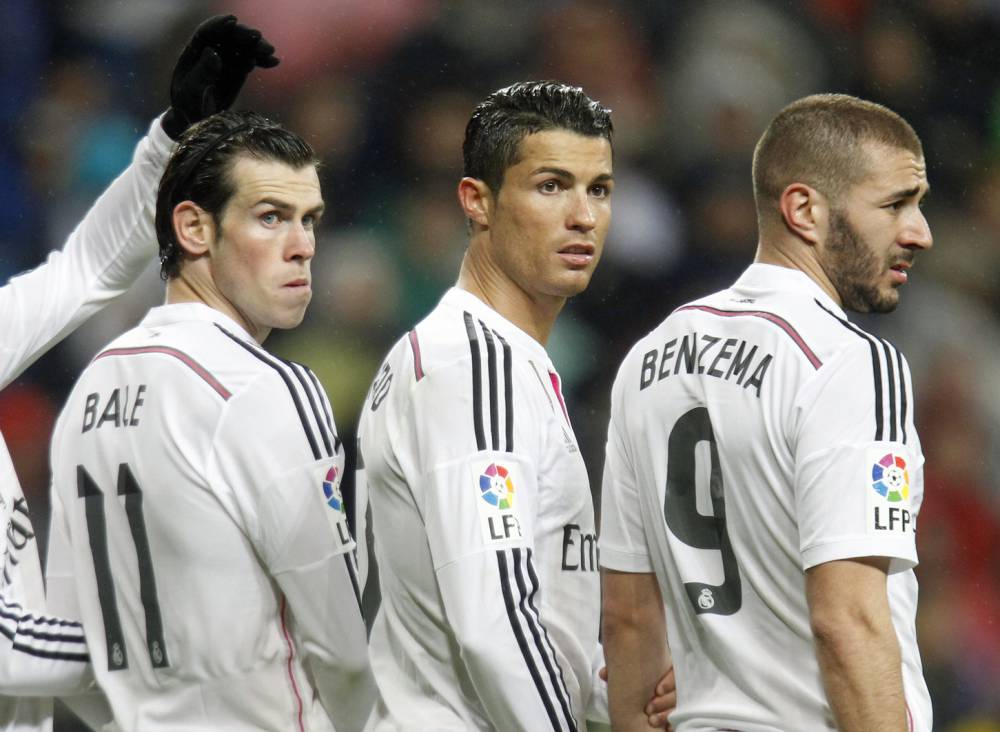 Benzema, along with Cristiano Ronaldo and Gareth Bale formed a formidable front-line for Real Madrid. (Image Courtesy: AS / Website)

100 goals and 51 assists in 215 appearances might not sound amazing but Benzema time and again put the team ahead of himself, and that was evident when Real Madrid went on to win three consecutive Champions League titles in a row from 2016 to 2018.

After Ronaldo left the club in 2018, Benzema took over the mantle as the club’s talisman and in the three subsequent league seasons, the France international has crossed the 20-goal mark in all three, with his 23 goals in 2020/21 being the second-best league season in his entire career.

📊| Real Madrid's top scorers in all competitions this season:

This season, Benzema had carried Real Madrid until the last day in the title race and to the Champions League semi-final after a record 73 injuries and absences affected Los Blancos severely. Owing to his performances and his leadership capabilities, he was called-up for to the France national squad the first time in nearly five years.

A creative, agile, skillful, and relatively quick forward, Benzema is not the usual out-and-out centre forward that only scores goals and displays a poacher’s instinct. Described as an immensely talented striker, the Frenchman is gifted with natural finishing abilities, who can score with either foot and even head the ball comfortably.

But his biggest skill and strength is that he brings his compatriots into play through his capability of playing anywhere across the front-line and at times coming deeper into the midfield to either collect the ball quickly or link up with the midfielders and assist his teammates.

His work-rate and tactical intelligence off the ball was evidently visible during his time at Real Madrid, especially in the 2013-14 season, where he often used his positional play to drag defenders out of their stations to create space for Cristiano Ronaldo and Gareth Bale, which in essence was Benzema playing the role of ‘false-nine’.

Benzema, as normally others would do, came through the ranks of age-group football for France, appearing for the under-17’s, under-18’s, under-19’s and under-21’s before making it into the first team in 2007.

His performances at Lyon warranted him a place in the Euro 2008 squad but Benzema did not even score a goal in the two groups games he appeared in. Benzema plying for the national side at the 2008 edition of the Euros. (Image Courtesy: UEFA / Website)

Subsequently, he was not selected for the World Cup squad in 2010 owing to his performances at Real Madrid and also his involvement in a scandal previously in that year.

Benzema returned to the national team for the 2012 Euros and the World Cup in 2014, where he was one of the only few French players who played well at both competitions. In 2016 though, disaster struck when manager Didier Deschamps announced that Benzema wouldn’t be selected for the Euros that year, citing issues with the federation.

This absence carried forward to the World Cup in 2018 which saw France emerge as champions. On 18th May 2021, after nearly five and a half years, Benzema returned to the squad after the 26-man squad for the Euro 2020 contained the name of the Real Madrid striker.

France’s star-studded attack from 2018 adds in one more star this time around and this time around it certainly looks like Benzema is going to start ahead of the ever-present Olivier Giroud.

Although both of them are similar players in terms of linking up the play, Benzema is more talented in other aspects of the game.

Certainly the partnership with Antoine Griezmann and Kylian Mbappe is mouth-watering to the fans of Les Bleus and football fans in general.