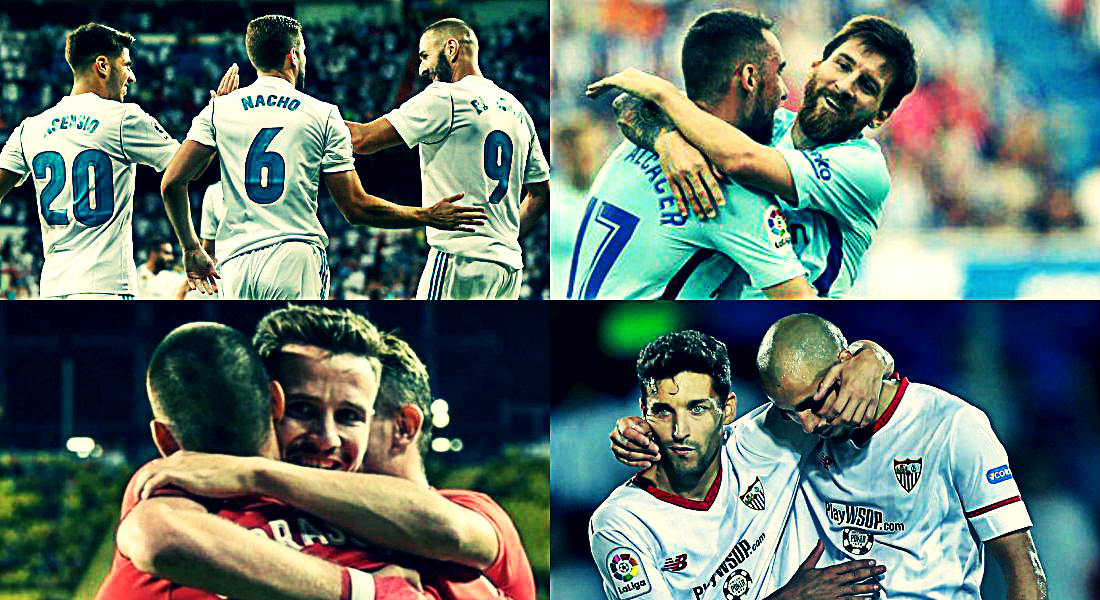 Real Madrid dropped two points on Sunday as they were held to a 2-2 draw at home to Valencia in the second round of matches in the Spanish Liga Santander. 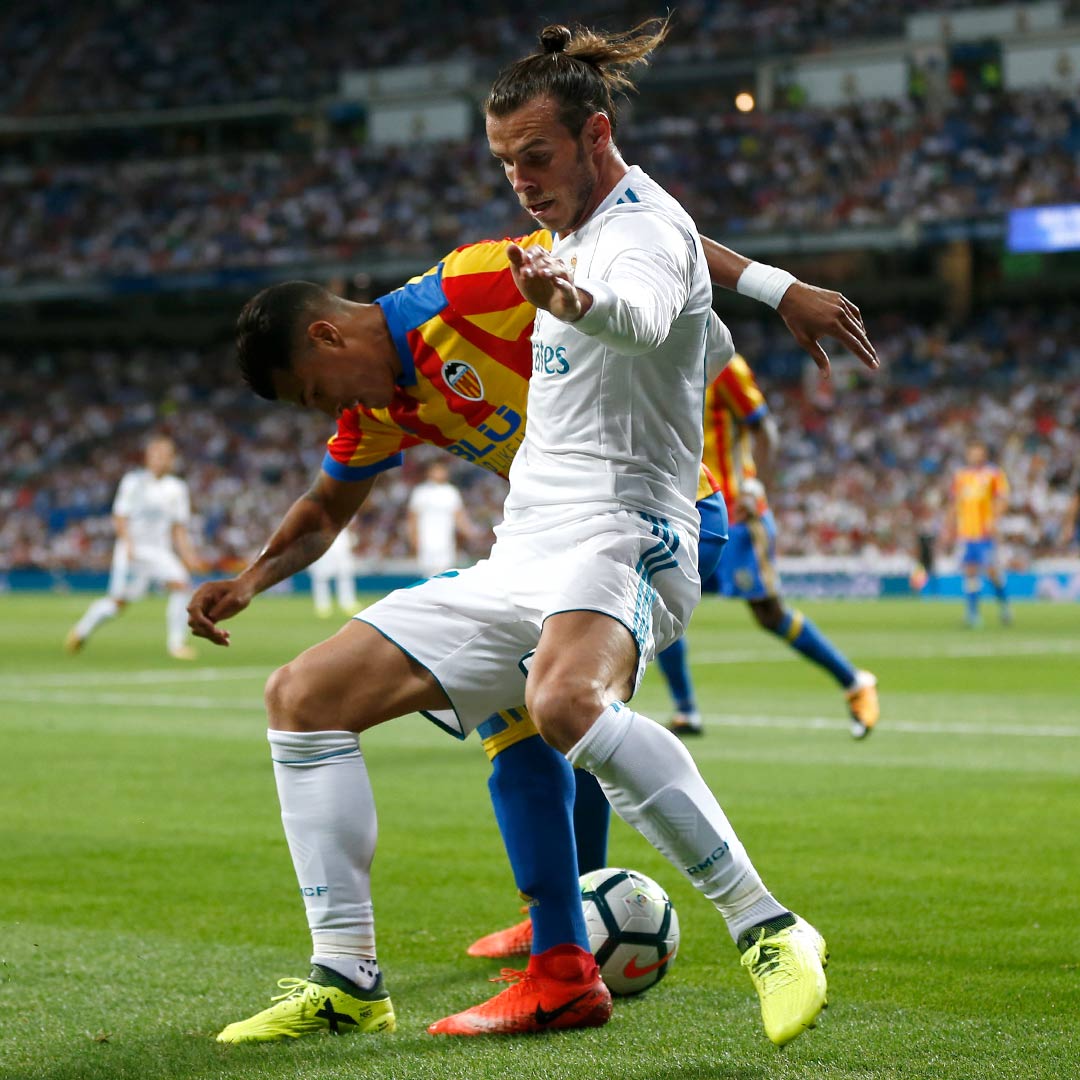 On a day when Gareth Bale was booed off by the fans in the Santiago Bernabeu Stadium and Karim Benzema also missed several chances and sent a shot against the post in injury time, Marcos Asensio scored twice for Madrid to announce he is now a reality rather than a promise.

He opened the scoring in the 10th minute, but an impressive Valencia reacted brilliantly and turned the score around with an 18th minute equalizer from Carlos Soler and a 77th minute strike from Geoffrey Kondogbia, only for Asensio’s second goal to assure the points were shared. 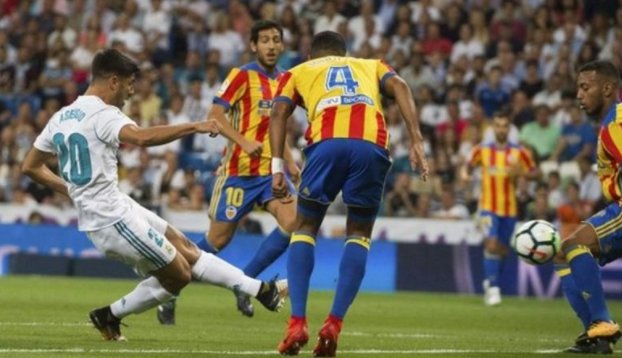 Marco Asensio was on fire

Sunday also saw Sevilla turn in a solid performance for Ganso’s solitary goal to give them a 1-0 win away to recently promoted Getafe.

The day kicked off with two away wins as Aritz Aduriz’s 38th minute header gave Athletic Club Bilbao a 1-0 triumph away to Eibar in the first Basque derby of the campaign.

Meanwhile Mantovani’s first-half goal saw Leganes make it six points from two games as they produced a surprise 1-0 win away to Espanyol. 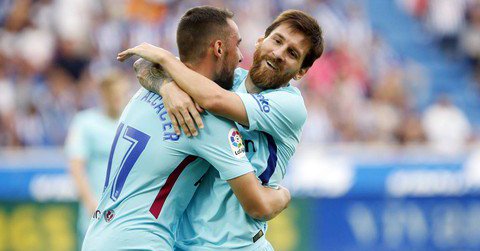 Messi looked delighted after the win

On Saturday Leo Messi passed another landmark as he scored the goals which gave FC Barcelona a 2-0 win away to Alaves. Although he missed a first half penalty, Messi was on target twice in the second half to maintain Barca’s 100 percent record and pass the landmark of 350 league goal for his club.

A positive evening for Barca also saw Paulinho make his Barcelona debut as he played the last five minutes and following Friday’s confirmation of the signing of Ousmane Dembele and the anticipation of further new signings, Barca can go into the international break on a positive note.

Atletico Madrid were without the suspended Antoine Griezmann, but were 2-0 up away to 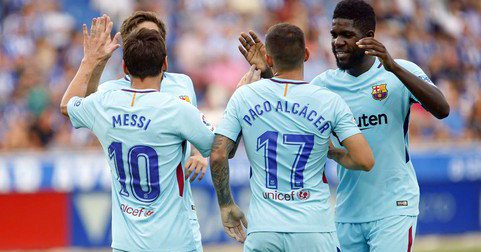 Las Palmas after just five minutes thanks to Angel Correa and Yannick Carasco. Koke scored two second half goals and Thomas netted a fifth to give Atletico a boost after an opening day draw in Girona

Levante fought back from 2-0 down to take a draw at home to Deportivo la Coruna after the visitors had taken the lead through Fede Cartabria and Sidnei. A fine free kick from Eris Bardhi and Ivo Lopez’s controversial penalty assured a share of the points. 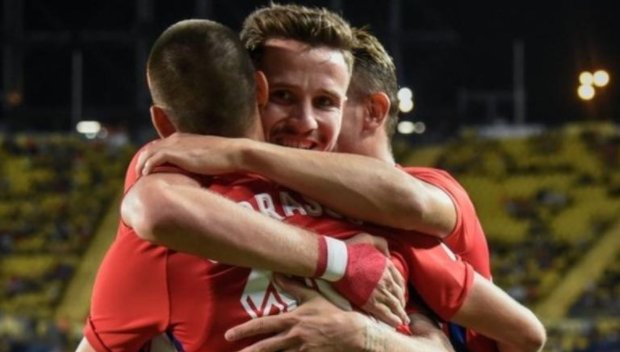 Girona enjoyed a first ever top flight win as they defeated a poor Malaga 1-0 thanks to Pedro Alcala’s first half goal. Malaga go into the international break with two defeats and deep in trouble.

Friday saw Real Sociedad’s Xabi Prieto celebrate his 500th appearance with a goal and an assist as his side made it 6 points from two games with a 3-0 victory over Villarreal, who lost goalkeeper Andres Fernandez with a serious knee injury. 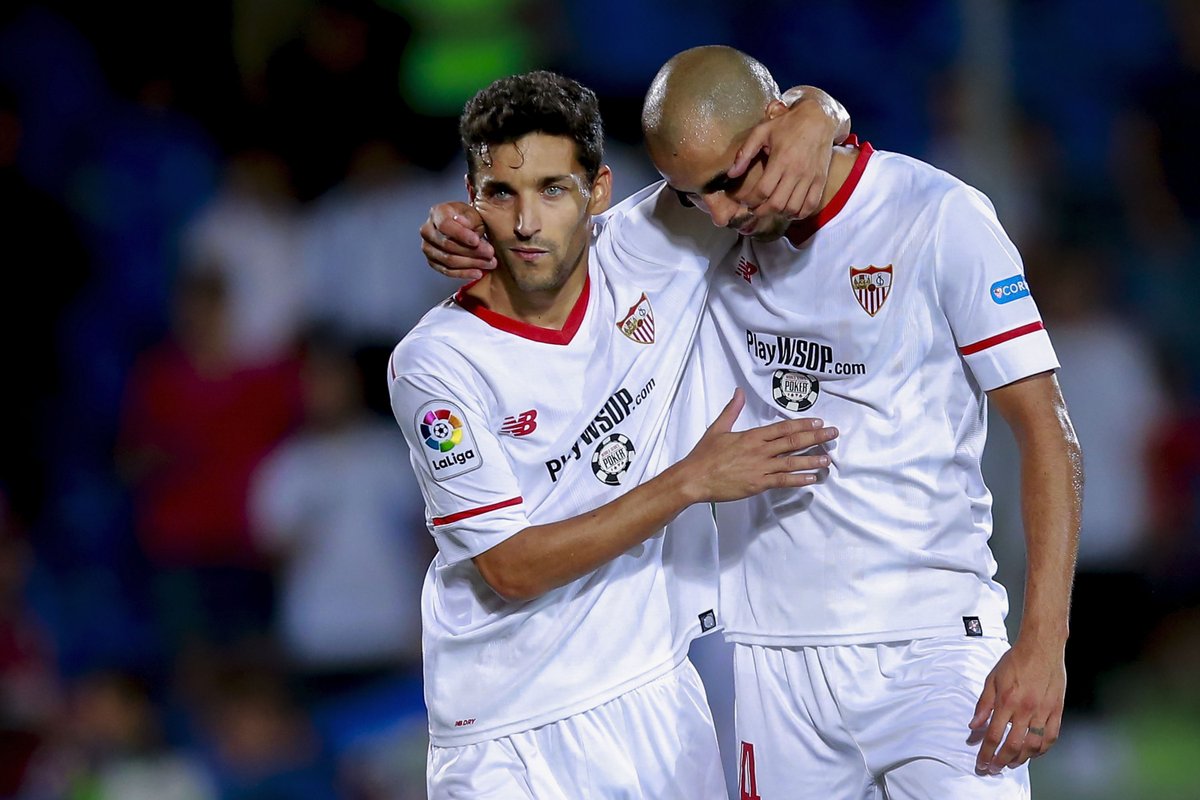 Finally Betis inaugurated their new stand in front of 45,000 fans who will have enjoyed a positive performance as they came back from 1-0 down to defeat Celta Vigo with goals from Sergio Leon and Zou Feddal.