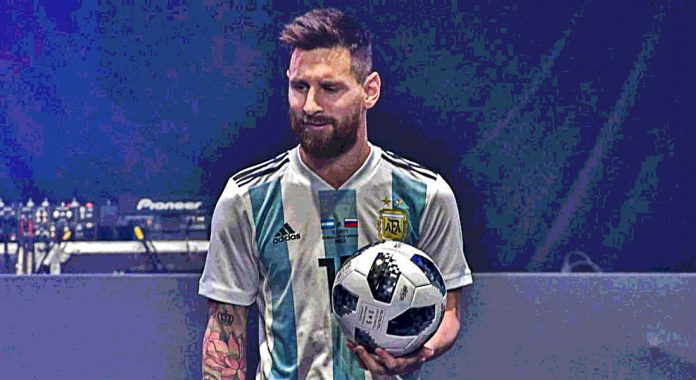 Arsene Wenger has expressed his delight that Lionel Messi will grace the 2018 World Cup after Argentina qualified for next summer’s tournament.

The five-time Ballon d’Or winner scored an incredible hat-trick in Argentina’s 3-1 win over Ecuador last month to seal their place in the 2018 World Cup at Russia.

Despite making a poor start to their World Cup qualifying campaign, Jorge Sampaoli’s Argentina managed to finish third to join Brazil, Uruguay and Colombia in qualifying for the World Cup from South America – and all thanks to Lionel Messi’s heroic performance against Ecuador.

And Gunners boss Wenger accentuated football fans, no matter which teams they support, would want to see Messi playing in the World Cup.

“They always have top-class offensive players and they are spoilt for talent.

“Overall, I would say that I would have been sad if Argentina had not gone to the World Cup.

It is known to all and sundry that qualifying for the World Cup from the South American group is not an easy task, as the competitive level is fierce.

Only four out of ten teams automatically qualify for the World Cup with the nation finishing fifth entering a playoff.

Peru, who finished fifth, will now face New Zealand as they aim to seal a place in the World Cup for the first time since 1982.

Wenger admitted that it is easier for the European countries to qualify for the tournament.

“We’re a bit spoiled in Europe because we have 13 positions to go to the World Cup,” he added.

“We play against smaller teams in little groups, so the danger is not too big, other than Holland’s group, which was quite strong.

“You had France in there and Sweden in there too so it was quite tough, but most of the qualifying groups are not very difficult.

“In South America, you have 10 teams and only four go straight through. Team five has to go through the play-offs, so it looks much more difficult to me.

“You never beat a South American team easily either. It’s tough for everybody everywhere to go to Bolivia, Colombia, Paraguay, Brazil or Chile.

“You have an array of difficult games. That’s certainly the most difficult place to qualify.”