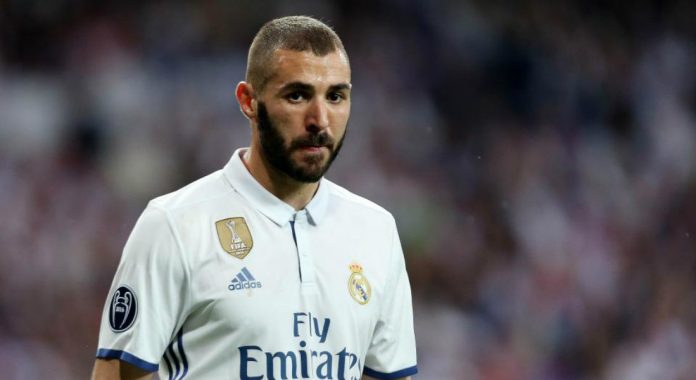 Manchester City and PSG have joined Arsenal in the race to rope in Real Madrid star Karim Benzema.

Benzema has managed score just two goals in 11 La Liga games and speculations suggest that his future at Real Madrid is in doubt.

The Frenchman has signed a new deal with the Los Blancos in September but recent reports claim that the club bosses are eyeing to sign a new striker to replace the 29-year old.

Real Madrid boss Zinedine Zidne is under pressure and is desperate to overturn their form as quickly as possible and has admitted in public that he will try everything possible to make necessary changes in his squad in January.

Benzema has struggled to find form this season and drew heavy criticism for another sloppy display in the Club World Cup semi-final.

Real advanced into the final of the competition after beating Al-Jazira 2-1 on Wednesday but the French striker was slammed for his performance.

And according to Spanish website Don Balon, Arsenal, PSG and now Manchester City are ready to offer him an escape route.

Benzema remains a long-time Arsenal target with Arsene Wenger a huge admirer of the French striker.

Unai Emery’s PSG have also monitored the availability of former Lyon star in the recent months.

And Don Balon says that both Arsenal and PSG are now ready launch a move to secure the services of Benzema next summer.

But Manchester City have now entered the race with former Barcelona boss Pep Guardiola a big fan of Benzema.

Sources claim that Guardiola believes that Benzema would be a perfect fit in his plans and philosophy at Man City.

With Sergio Augero’s future up in the air too, City is reportedly ready to hijack Arsenal and PSG’s move for the French striker.

And if one of them arrives at the Bernabeu, Benzema would definitely consider making a move away from the Spanish giants.