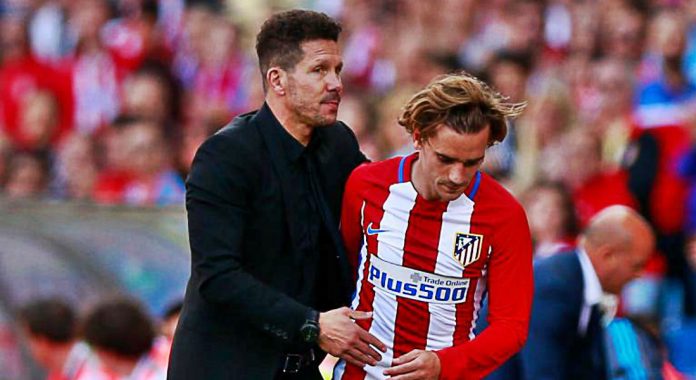 Premier League giants Manchester United have been handed a huge boost in their pursuit of Atletico Madrid striker Antoine Griezmann.

The Frenchman has made a slow start this season but has eight goals to his name from 19 games in all competitions and speculations suggest that Jose Mourinho is keen to rope in the Atletico star, having failed to secure his services in the summer.

Griezmann has displayed incredible form for Atletico since joining the club in 2013 but now the Los Rojiblancos have former Chelsea forward Diego Costa who will be eligible to play from January.

Costa made a sensational return to Atletico in the summer but he could not be registered because of their transfer ban.

With Costa set to play in the New Year, Diego Simeone is ready to let Griezmann leave – but only if the Frenchman urges for a move to go through.

Simeone told L’Equipe: “If a player comes to me and says: “Coach, I have a once in a lifetime chance to play for a certain team, I want to leave”.

“If he did all he could for me as Griezmann does, I’ll say it’s no problem.”

However, Simeone accentuated that he would prefer to see his striker staying in Madrid a bit longer.

Atletico have crashed out of the Champions League but they sit third in the La Liga table – six points behind current league leaders Barcelona but two above cross-city rivals Real Madrid.

“I know that he needs to grow,”Simeone added.

“Of course Griezmann will be able to leave at some point, the same way [Diego] Costa and Arda Turan were allowed to leave.”