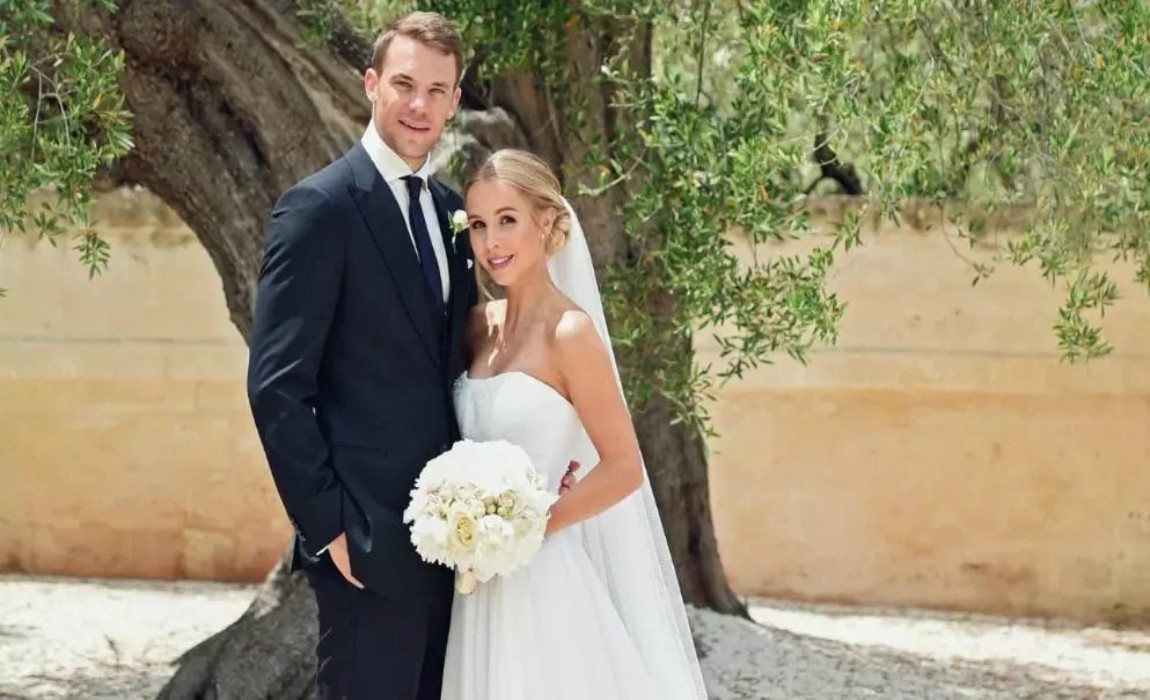 German Keeper Manuel Neuer walked down the aisle on crutches with fiancée Nina Weiss in the picturesque Adriatic town in Bari, Italy. 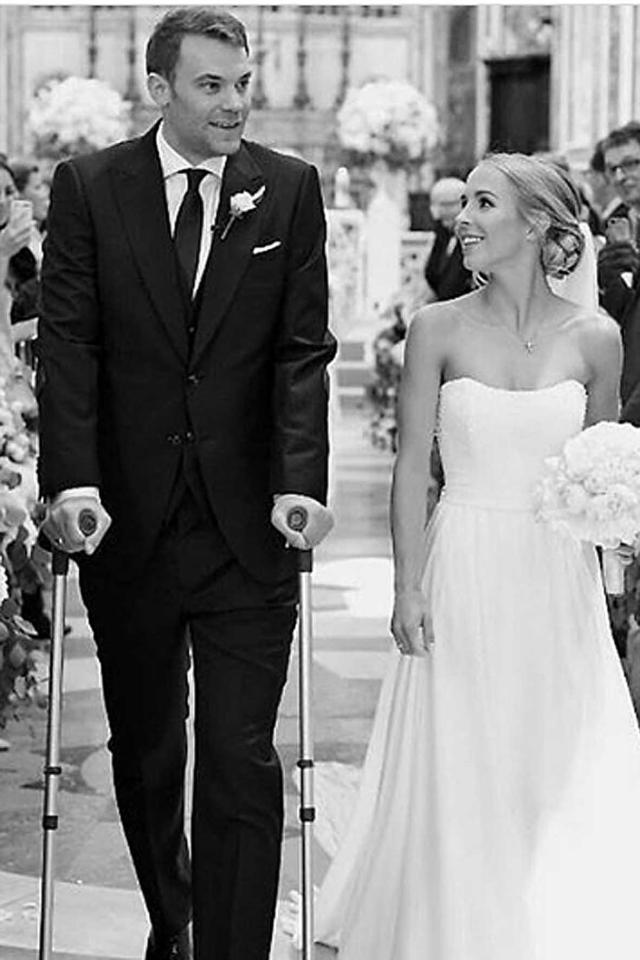 The pair has been dating since a very long time and was seen at Euro2016 in France, where she was seen supporting her footballer fiancée. 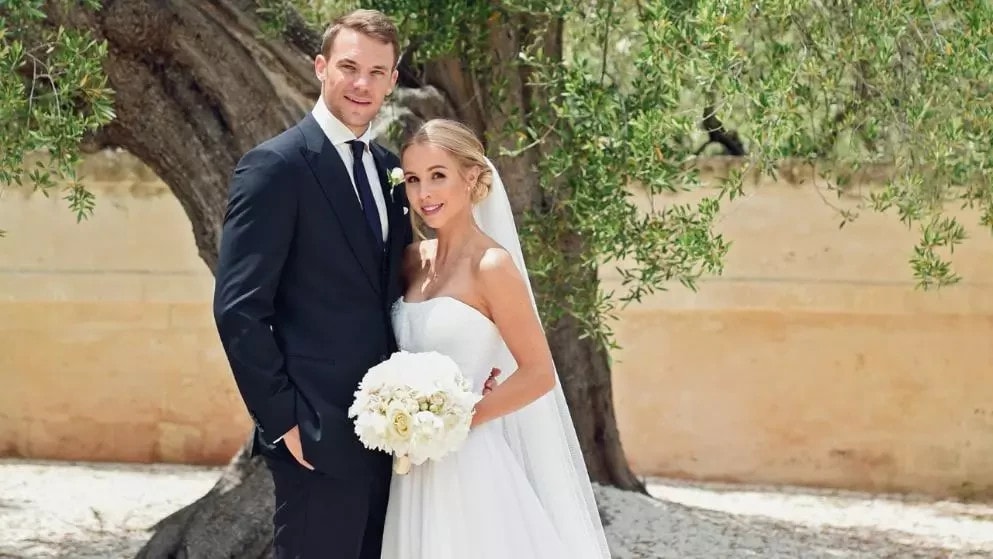 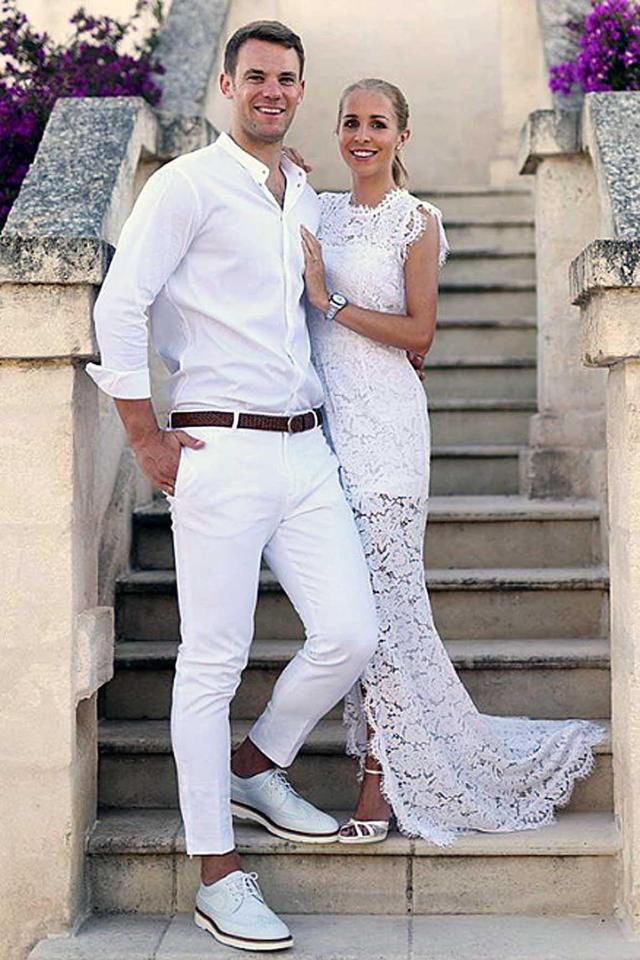 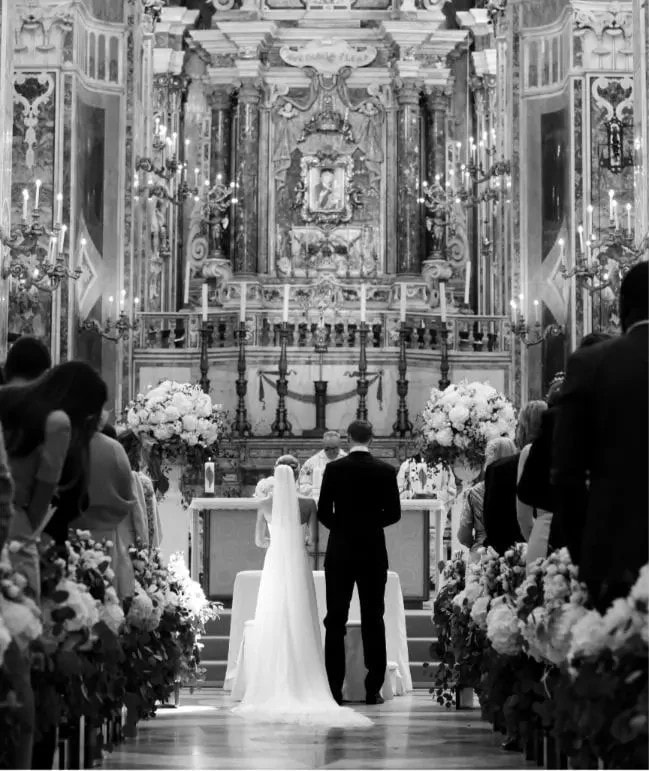 Neuer broke his metatarsal during Champions League clash against Real Madrid. While he was getting married, Sandro Wagner netted a hat-trick for the team. 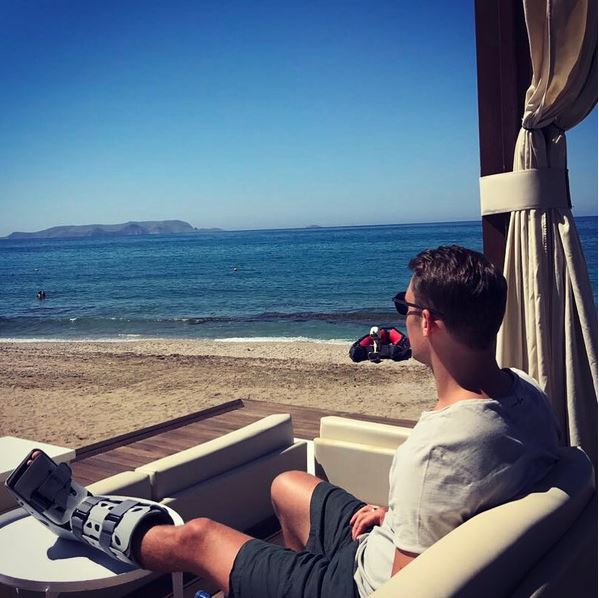 The Germans scored four first half goals and added another three after the restart to round off the dominant win.

Joachim Loew’s men dominated right from the kick off to break the deadlock with just 11 minutes played when team captain Julian Draxler curled the ball from inside the box into the far post corner.

It is expected that Neuer will return next season and is recovering from the injury.