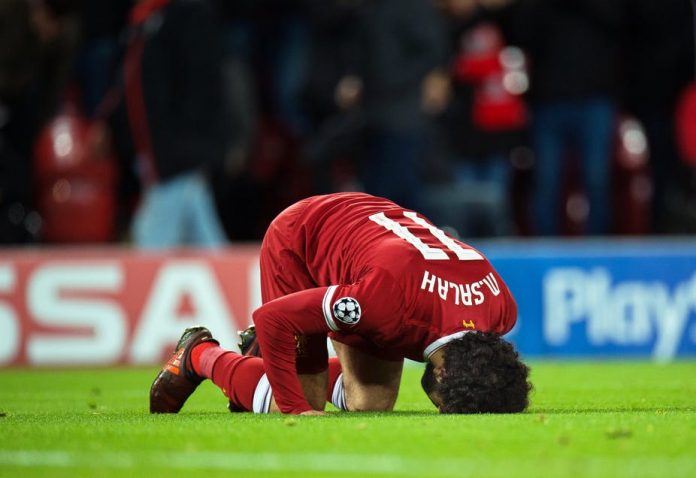 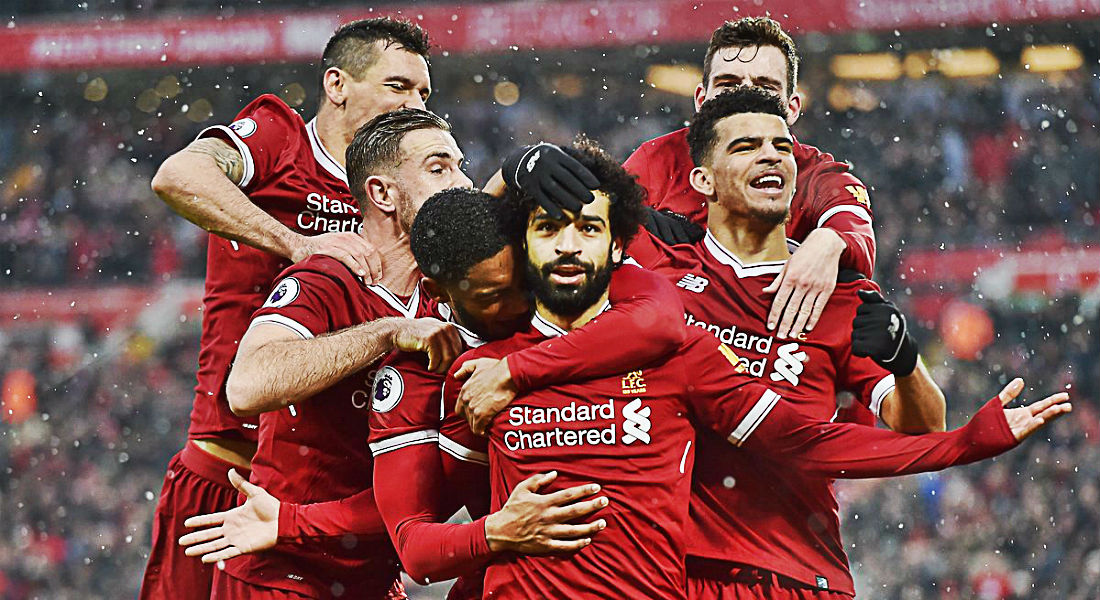 Liverpool FC’s Egyptian-born forward Mohamed Salah is currently one of the Premier League’s most prolific goalscorers. This, his debut season with Liverpool, has seen Salah earn multiple accolades: most left-footed goals scored in a Premier League season, second-fastest player in Liverpool’s history to reach 30 goals, one of the top ten goalscorers in Europe, and 2017 African Footballer of the Year.

He shows no signs of lowering his goal tally as the season goes on, with commentator and former Liverpool defender Jamie Carragher viewing Salah as a strong contender for another Player of the Year award. In a league that is regularly touted as so open that any team can win, lose, or draw against any other, unpredictability is the name of the game. Yet this season, Salah’s consistent goalscoring record seems to buck that trend. Salah’s counterattacking form was of particular concern for Manchester United when they played Liverpool on March 10, as they sat deep and defended against the Merseyside club for much of the match.

Beautiful though they are to watch, what I find most interesting about Salah’s goals are his celebrations and their reception. Because consistently, Salah does two things after scoring. First, he hugs his teammates, a typical response. But then, he performs sujood, the Islamic act of prostration.

Sujood normally occurs twice in every section of salaat – a word commonly mistranslated as prayer (following its Arabic root, salaat is better translated as “connection”). A Muslim who performs salaat the requisite five times daily finds themself in sujood 34 times each day. In Islamic thought, sujood is perceived of as the physically lowest, but spiritually highest, position a person can take. Salah’s performance of sujood outside of salaat, then, is a specific expression of gratitude for goals scored.

Though many other Premier League footballers are Muslim, Salah is the only one who regularly prostrates on the pitch.

Liverpool fans have taken note. After his recent Champions League goal against the Portuguese side Porto in Liverpool’s 5-0 victory, some fans developed a chant praising him:

The chant, which is a rewrite of lyrics from the 1996 song  by British power pop rock trio, Dodgy, quickly went viral on Twitter and YouTube. News outlets including Al Jazeera and the BBC laud the chant as a demonstration of inclusivity. It is catchy, for sure. But is it inclusive? It’s not quite that simple.

Salah’s work and the chant itself fit squarely into two common narratives: that of the good Muslim/bad Muslim; and the good immigrant. Articulated by political scientist Mahmood Mamdani, among others, the good Muslim/bad Muslim binary portrays the “good” as those who appease society by accepting majority values and customs, while the “bad” are those who resist it religiously, culturally, or politically.

The “good” Muslim is the “hero” imam of Finsbury Park, who stopped worshippers from beating up a terrorist named Darren Osborne after he drove a van into a crowd during Ramadan 2017. The “bad” Muslim is the director of the “controversial” advocacy group CAGE, who refused to allow police to search his laptop and mobile phone under Schedule 7 powers granted to the British government by the Terrorism Act.

This binary maps onto those immigrants who are perceived of as “good”. In his note that opens The Good Immigrant, editor Nikesh Shukla references writer Musa Okwonga when arguing:

The biggest burden facing people of colour in this country is that society deems us bad immigrants – job-stealers, benefit-scroungers, girlfriend-thieves, refugees – until we cross over in their consciousness, through popular culture, winning races, baking good cakes, being conscientious doctors, to become good immigrants.

Salah is one of those good immigrants.

And here is the paradox of his sujood. Being praised by non-Muslim Liverpool supporters as “good” is positive, of course. But it is conditional. The chant makes clear that it is only “if” Salah continues to score goals that his displays of Muslimness will be accepted. It is only “if” he remains good that he will continue to be worshipped by them. It is only “if” he furthers his professional excellence that opinions about Islam may shift.

Addictive as it is, the chant flies in the face of spoken word poet Suhaiymah Manzoor-Khan’s demand that society move beyond loving the Muslim who excels in athletics or bakery to include those who “don’t offer our homes or free taxi rides after the event” and are “wretched, suicidal, naked, and contributing nothing”. The double-edged sword of Salah’s sujood is that it is tied to his excellence on the field.

If he stops scoring, he will stop performing sujood. As a result, fans will love him – and Islam – a little less.