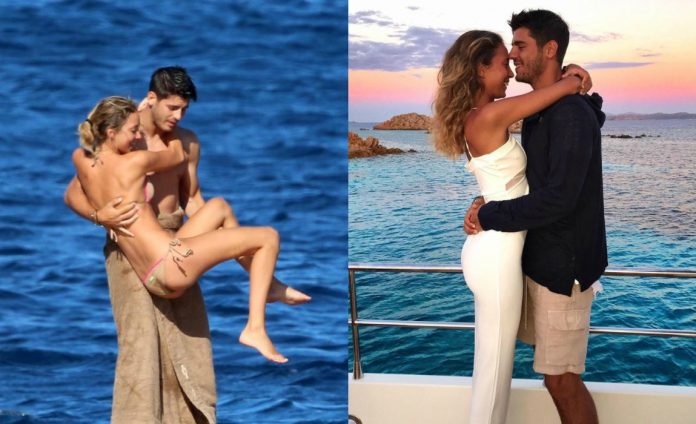 Real Madrid striker Alvaro Morata continues to enjoy his honeymoon with wife Alice Campello in Sardinia, even though his expected Manchester United move is in jeopardy.

Alice and Morata got married in Venice last month; the player is enjoying his honeymoon on a party island Ibiza soaking up in the sun on a yacht with wife.

The picture of his honeymoon definitely shows he is making the most of his summer break having fun and spending time with wife.

According to media reports, Manchester target and wife Alice booked to spend their honeymoon in the Four Seasons Resort which costs £3,000-£7,000 a night.

Manchester United have been dealt a huge blow in their Alvaro Morata pursuit as Real Madrid have rejected their improved bid of €70m (£61.5m) for the Spanish striker, FootTheBall has learned.

Man Utd launched an improved offer of €70m (£61.5m) for securing the signatures of the Spanish forward but the Los Blancos have now rejected the bid as they want to make a huge profit on Morata.