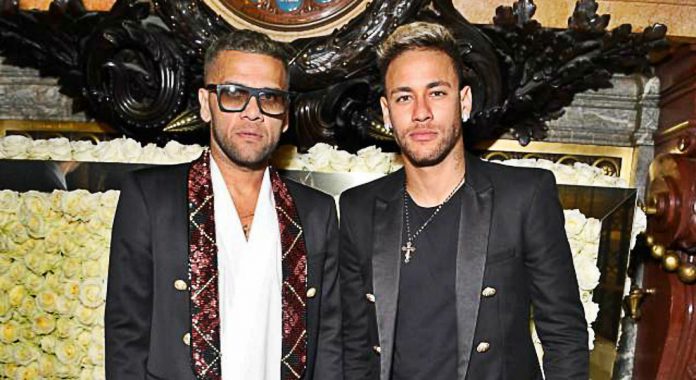 Neymar and Dani Alves are causing a divide at Paris Saint-Germain by behaving like “bosses” in the dressing room, according to reports.

According to Portuguese newspaper O Jogo, the former Barcelona duo are acting like the bosses of the club.

And this has reportedly not gone down well with some of the players, who have been serving the club for a much longer period than the Brazilian duo.

Unai Emery’s side have displayed incredible form this season and are nine points clear at the top of the Ligue 1 table.

But speculations suggest that all is not well in the PSG dressing room and particularly with Neymar being heavily linked with a move to Real Madrid.

Some players at the club have reportedly branded Neymar and Alves’ behaviour as “disrespectful”.

And reports claim that this has now caused a divide in the PSG dressing with relations within the squad while good but not friendship.

Reports also suggest that Emery is not in good terms with some of the senior players in the squad.

Neymar moved to the Ligue 1 club from Barcelona on a world-record £198million fee while Alves arrived at the French club on a free transfer from Serie A giants Juventus.

However, it seems that Neymar has developed a strong bond with some of the players in the side.

He recently heaped praise on his team-mate Kylian Mbappe for colouring his hair white to mark his 19th birthday.