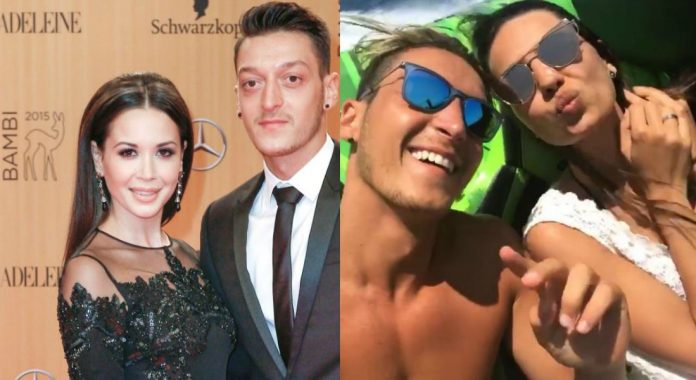 Arsenal superstar Mesut Ozil has confirmed that his Instagram account was hacked after a picture showing him alongside his former girlfriend.

As the former Real Madrid midfielder’s Germany team-mates were celebrating their Confederations Cup triumph in Russia, Ozil’s Instagram account uploaded a snap of him holding his former girlfriend Mandy Capristo is his arms with the caption: “I know I messed up Mandy but will always love you.”

The social media post quickly grabbed the attention of the Gunners fans, but Ozil was quick to confirm that his Instagram profile had been hacked.

He then posted another tweet with a picture of him alongside his current girlfriend and fiancée – former Miss Turkey winner, Amine Gulse.

“Sorry to the media but it’s time to kill the stories and false headlines now. The story is FAKE NEWS.”

Earlier last week, Mesut Ozil was enjoying his summer holiday taking a ride on a boat at 130mph with lady love Amine Gulse in Turkey.

Ozil was having some time off after a hectic season. He posted a topless picture of himself relaxing on a sunny beach with a caption: “My idea of a perfect holiday #vacation2017 #summer.”

He shared pictures of his holiday, where he was seen sitting at the back of the boat with Gulse, while a family member drove it. 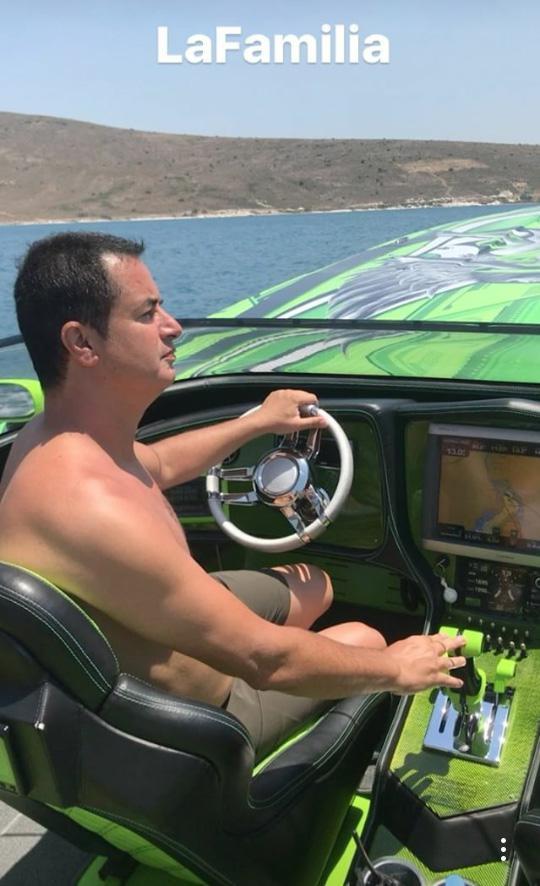 This website uses cookies to improve your experience while you navigate through the website. Out of these cookies, the cookies that are categorized as necessary are stored on your browser as they are essential for the working of basic functionalities of the website. We also use third-party cookies that help us analyze and understand how you use this website. These cookies will be stored in your browser only with your consent. You also have the option to opt-out of these cookies. But opting out of some of these cookies may have an effect on your browsing experience.
Necessary Always Enabled
Necessary cookies are absolutely essential for the website to function properly. This category only includes cookies that ensures basic functionalities and security features of the website. These cookies do not store any personal information.
Non-necessary
Any cookies that may not be particularly necessary for the website to function and is used specifically to collect user personal data via analytics, ads, other embedded contents are termed as non-necessary cookies. It is mandatory to procure user consent prior to running these cookies on your website.
SAVE & ACCEPT
https://www.foottheball.com/players-in-focus/ozil-says-his-instagram-was-hacked-after-pic-of-him-holding-ex-girlfriend-mandy-surfaces-with-cryptic-message/216743/
Go to mobile version