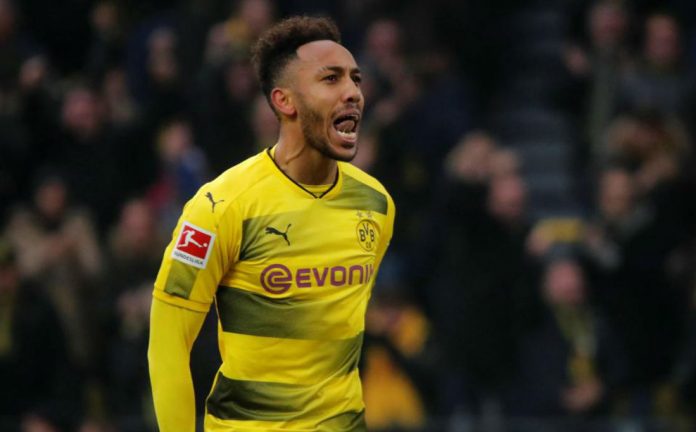 After missing last weekend’s goalless stalemate at Wolfsburg for disciplinary reasons, Aubameyang will miss the next match as Dortmund travelled without the Gabon international to the away clash at Berlin.

“He trains in Dortmund. We feel that other things keep him busy and he is not fully focussed,” Dortmund’s sporting director Michael Zorc explained the absence of their top striker.

The last season’s Bundesliga top scorer has been heavily linked with other European top-flight club in recent days.

The 28-year-old has been heavily linked with a move to Arsenal in recent days, although Arsenal boss Arsene Wenger would not be drawn on any potential deal when questioned at his press conference on Thursday morning.

Aubameyang has been suspended twice by Dortmund this season for disciplinary reasons and sporting director Michael Zorc revealed on Thursday that he will not travel to Berlin on Friday night.

Aubameyang is a key player in Dortmund as he provided overall 98 goals in 148 competitive appearances since his arrival from AS Saint-Etienne in 2013. His performances for the “Black and Yellows” in the last years aroused interest in Europe.

The “BVB” sit currently on the 4th place of the standings. They face 11th placed Hertha Berlin to open the 19th round in Bundesliga on Friday.