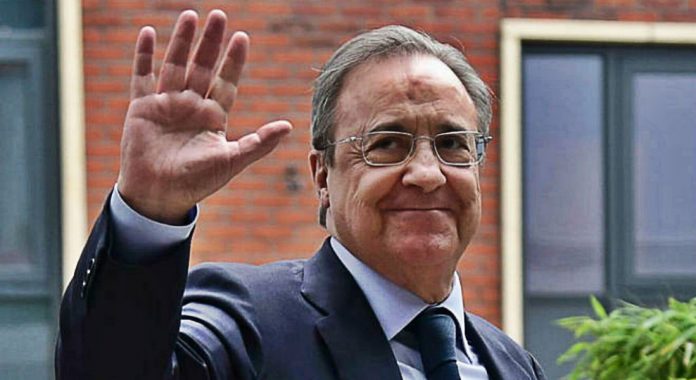 Florentino Perez has prepared a five-man transfer shortlist in order to revolutionise Real Madrid following their poor run of performances in the La Liga this season.

The Los Blancos won the La Liga and Champions League double last term but things have gone downhill since then with Zinedine Zidane’s side enduring a nightmare start to the season – leaving them 10 points behind arch rivals and current league leaders Barcelona in the La Liga.

Reports have claimed that all is not well behind the scenes with rumours of a dressing room bust-up that could now dent their campaign.

Rumours claimed that Ronaldo had a dressing room bust-up with skipper Sergio Ramos after they gave contrasting opinions about the club’s current transfer policy.

The Real Madrid bosses offloaded Alvaro Morata and James Rodriguez in the summer and it now seems that their decision has backfired.

Zidane is having a tough time with lack of options up front – with the likes of Cristiano Ronaldo and Karim Benzema struggling to find form in the La Liga – having only managed to score one goal each so far.

And according to Spanish website Diario Gol, Perez has outlined a five-man transfer shortlist as he hopes that landing them at the Bernabeu can change Real Madrid’s fortunes.

The Real Madrid President wants to rope in Paris Saint-Germain star Marquinhos to bolster their defence and he is also keeping tabs on Aymeric Laporte, Iñigo Martínez and David Alaba.

He is also eyeing to add more firepower up front and has identified Tottenham striker Harry Kane and Juventus forward Paulo Dybala as potential targets.