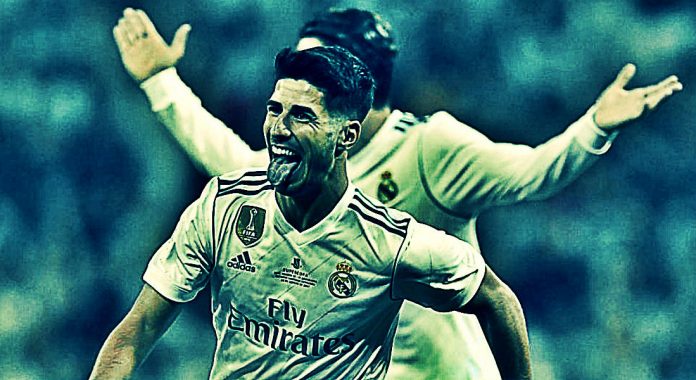 La Liga and Champions League double winners Real Madrid are desperate to tie down Marco Asensio to a new deal – with Barcelona keen on luring him away from their arch rivals.

Barcelona have now identified Marco Asensio as one of their top targets and are willing to trigger the Real Madrid star’s £72m release clause, according to reports.

Asensio has shown huge potential and his recent performances for the Los Blancos have drawn the attention of top-flight European clubs – with arch rivals Barcelona sniffing around for the talented youngster.

He proved his mettle and exuded true class in midweek, scoring twice to sink Barcelona in their Spanish Super Cup triumph over their arch rivals.

Real Madrid have now opened talks with Asensio’s representatives and want to tie him down to a new deal because they fear that a top European club could trigger his current release clause.

Former Fleet Street journalist Ian McGarry shed light on the situation on The Transfer Window podcast. He said: “Asensio and his representatives have expressed their concern about how much game-time he will have at the Bernabeu next season.”

“You’ve still got Bale, Benzema and Ronaldo occupying the front three places and despite his performances, Asensio has still been a bit-part player for Real in the last 18 months.”

“The player is ambitious, he’s clearly got what it takes to be a Real Madrid first-team player every week.”

“Real Madrid have been trying to extend (Marco) Asensio’s contract for at least six weeks, without success at the moment.”

“That means any club, including Barcelona who are rumoured to be interested, can pay that buyout clause.”

“What Madrid have been doing is offering new terms trying to increase the buyout clause €140m (£127m).”