Riyad Mahrez Released By Algerian Team To Finalize His Transfer 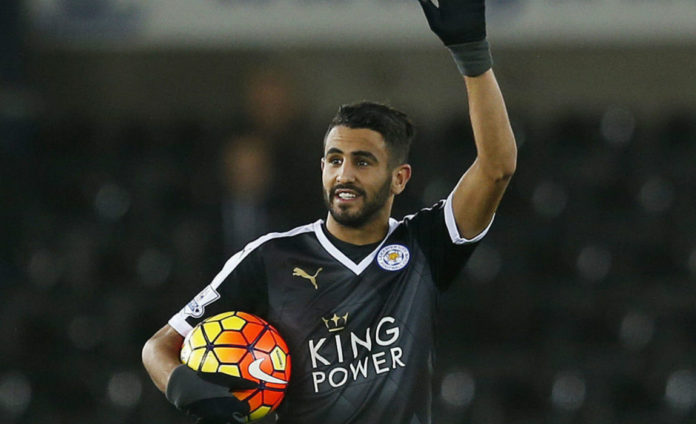 Riyad Mahrez has been allowed to leave the headquarters of the Algerian football team to “formalise his transfer” away from Leicester City.

It seems the winger, 26, will be allowed to leave the King Power Stadium with Arsenal, Barcelona and Roma among the favourites to land him.

The 2016 Premier League winner, PFA Player of the Year and African Footballer of the Year will leave the club where he starred, with the creative spark to win a stunning and unlikely league title.

But he went off the boil last season, lacking the sheer explosive cutting edge of the previous term as the Foxes put in a limp defence of their Prem crown and Claudio Ranieri was sacked.

Leicester rejected a £32million bid from Roma earlier this summer, but Craig Shakespeare has acknowledged the French-born Algerian wanted to leave the club.

He even had conversations with opwner Vichai Srivaddhanaprabha over leaving, and has been told he can for the right price.

A tweet from the Algerian FA translated as: “@Mahrez22 allowed to go formalise his transfer to a new club #LesVerts #TeamDZ.”

And with the likes of Arsenal and Roma interested, Mahrez looks finally set to get his dream move away from the King Power.

Arsenal would be in need of a winger with Alexis Sanchez and Alex Oxlade-Chamberlainset to leave the Emirates, but they cannot offer Champions League football this season.

Roma can, however, and their new director of football Monchi is one of the world’s highest-regarded spotters of value in the transfer market.

According to the Manchester Evening News, Manchester United have also been interested in adding the winger to their ranks to bolster their attacking line in the Premier League and Champions League.

Jose Mourinho has long-been an admirer, but had Inter Milan’s Ivan Perisic top of his list – with the Serie A giants refusing to budge on a high valuation.