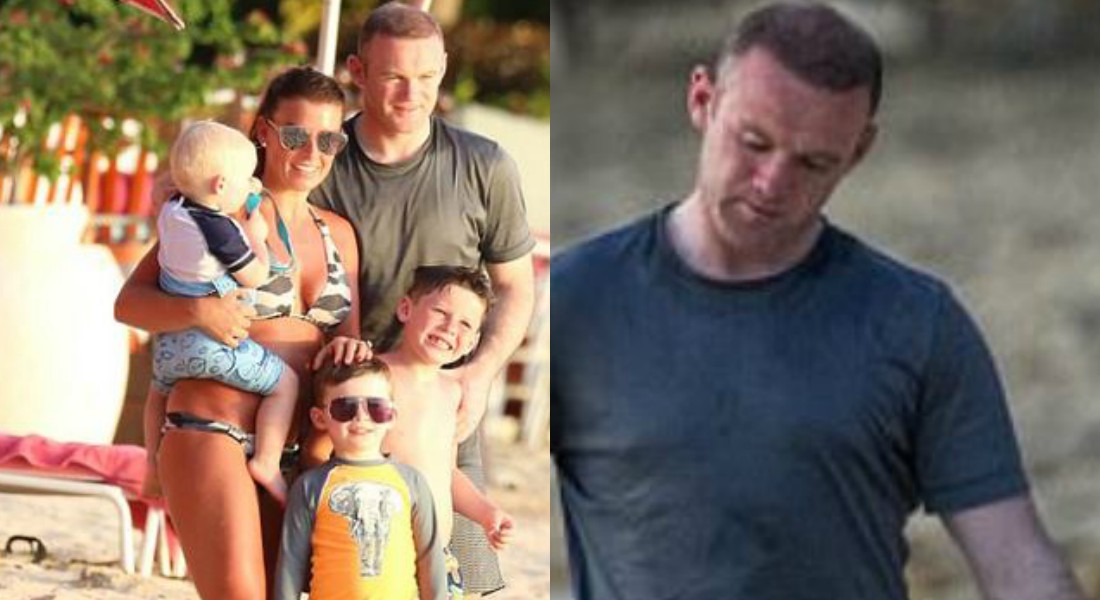 Wayne Rooney has taken some time out to think about his future as he enjoyed a break in Barbados with his family. 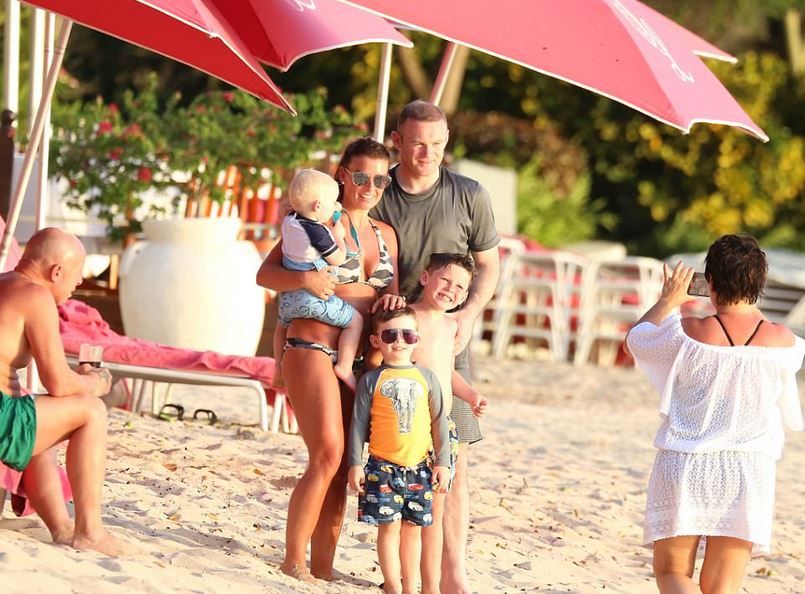 Rooney is expected to quit Old Trafford this summer, with clubs from abroad trying to sign him. 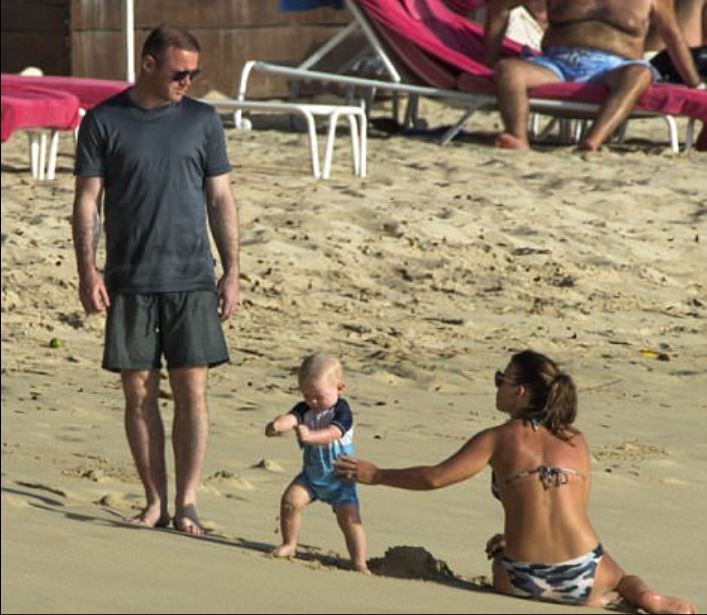 The 31-year-old has etched his name in Manchester United and England history, having become the record goalscorer for both club and country. 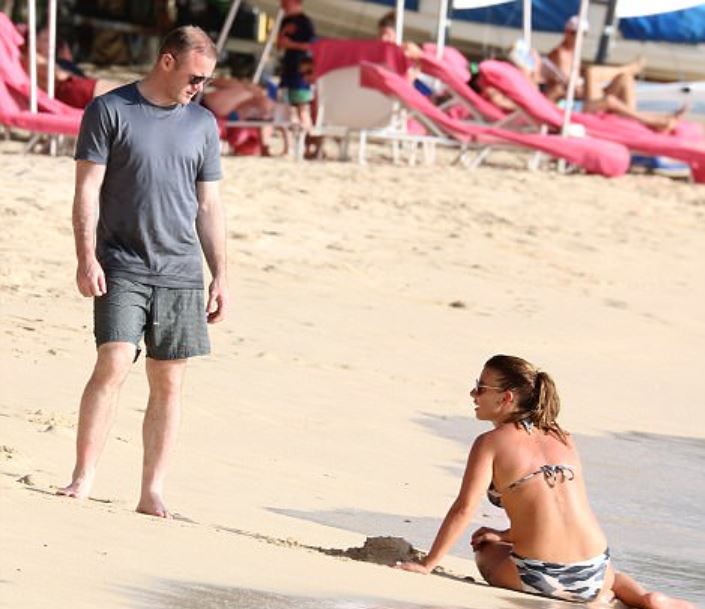 Rooney has been under the radar of several Chinese Super League and MLS clubs this season and now he has been heavily linked with Gus Poyet’s CSL side Shanghai Shenhua. The Manchester United star took time out to relax in the sun with wife, Coleen and their three children. 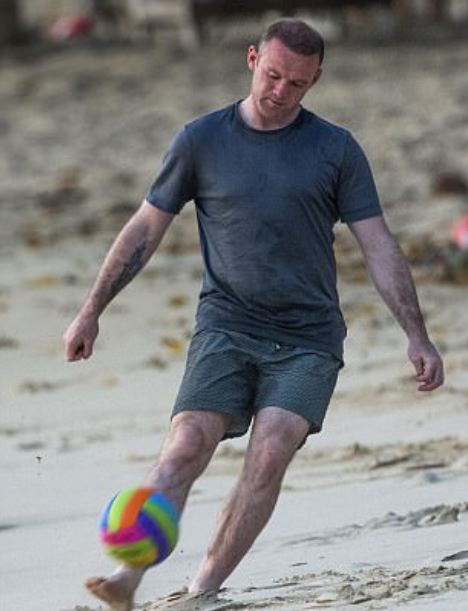 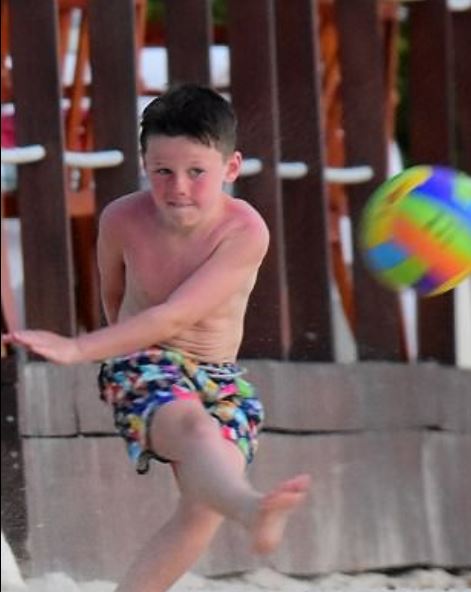 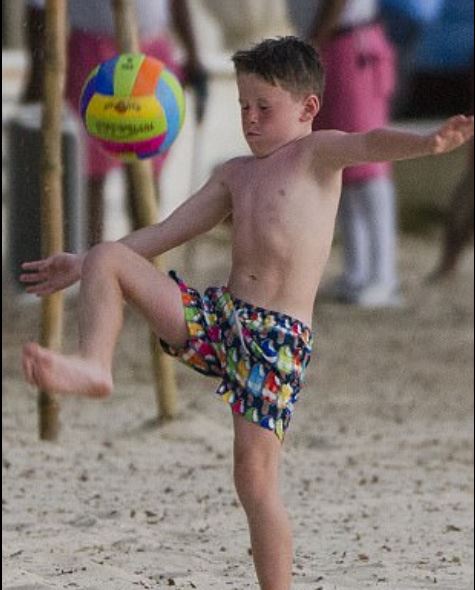 He posed for a family photo as he soaked up on the beach and enjoyed a kickabout with his son, Kai. 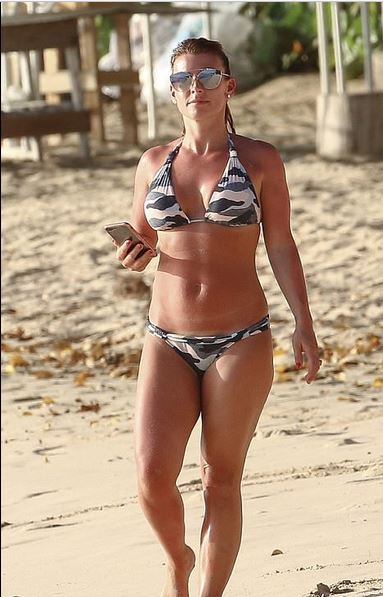 Coleen showed off her sizzling figure as she soaked up the sun on the beach with her whole family, in a camouflage bikini. 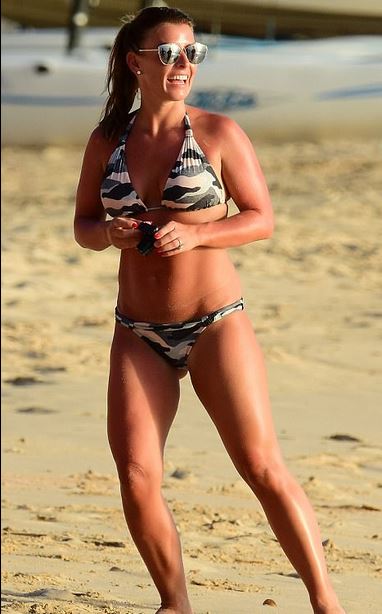 ALSO READ: Rooney Left Looking At China Or USA Move After Everton Cool Interest In Bringing Him Back To Goodison Park Rooney’s stunning lady is truly sensational and is full confident about her slim figure just sixteen months after welcoming her third child. 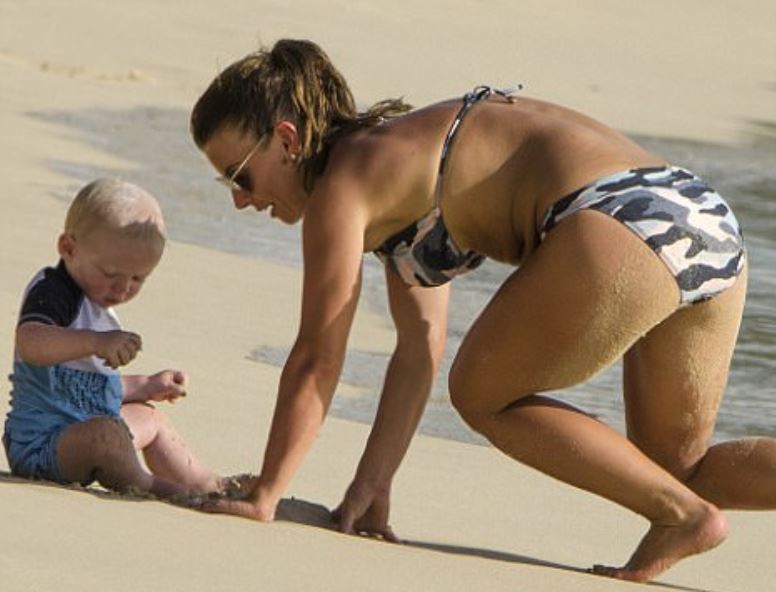 The 31-year-old has emphasised that if he had to play in the Premier League, he would either stay put at Man Utd or he would join the Toffees, where he began his footballing career.