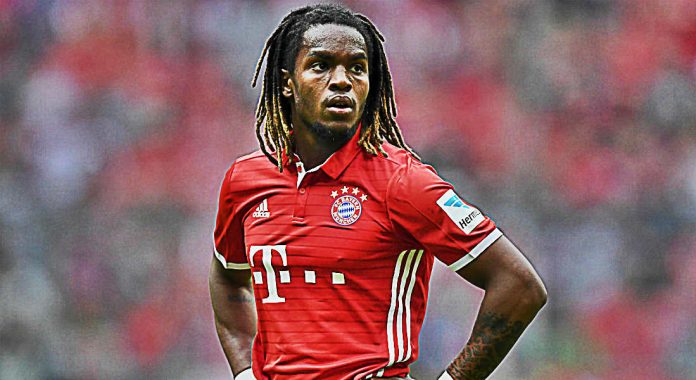 Swansea City are reportedly set to pull off a major transfer coup by securing the signing of Bayern Muncih star Renato Sanches.

The Portuguese international midfielder is joining Paul Clement’s outfit on a 12-month loan deal from the Bundesliga giants with the option for a £30million move next summer.

And the move is due to be announced within the next couple of hours, according to Italian Sky Sport journalist Gianluca Di Marzio.

Sanches has been told he can leave Bayern on loan despite only joining the Bavarians a year ago.

French giants Monaco and Premier League high-flyers Liverpool were also keen, but Clement’s links with his former employers at the Allianz Arena has enabled him to complete the audacious switch.

Clement worked with Sanches, 20, while Carlo Ancelotti’s No2 at Bayern last season before taking charge at the Liberty Stadium.

His relationship with the Italian boss and reputation for working with younger players appears to have worked in the Swans’ favour.

Sanches has struggled since joining Bayern from Benfica last summer in a deal which may rise to £52million.

And despite the hefty loan fee, Clement will be delighted to add the Euro 2016 winner to his squad.

He had made adding another creative player before the window closes on Thursday his No1 priority.

Joe Allen and Nacer Chadli are his current options for the role.

But Clement is determined to build a squad capable of avoiding a struggle against relegation.

Sanches has only appeared once for Bayern so far this campaign in the German Super Cup.

He only played 25 times for them in his opening season and failed to hit the target.