AWONIYI’S FUTURE AT THE REDS? 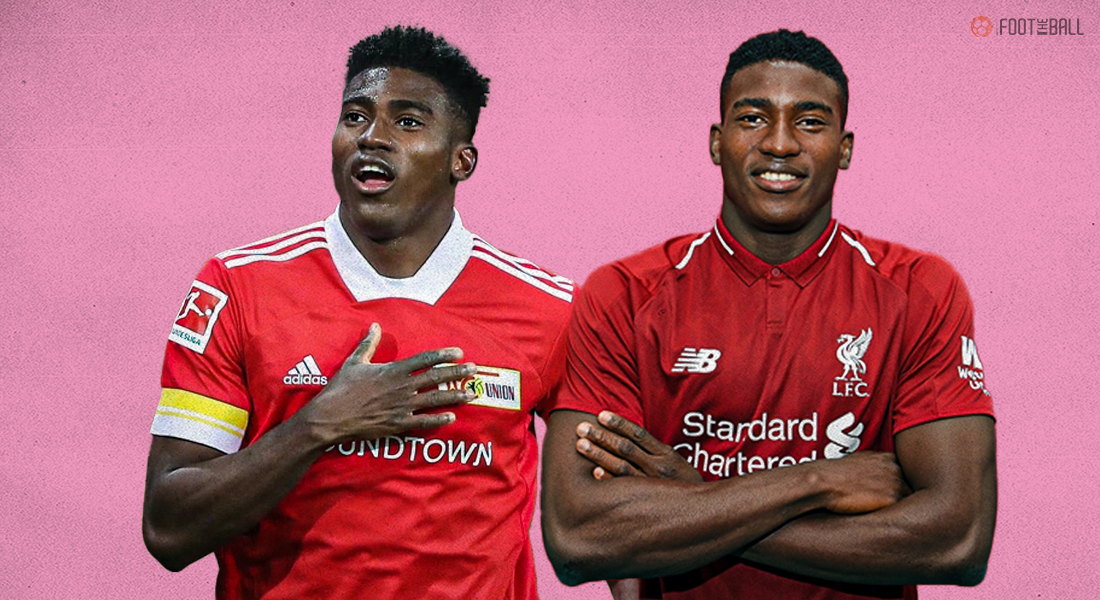 A total of 139 senior appearances featured thirty-nine goals but none in a Liverpool shirt. Taiwo Awoniyi, although a Liverpool player, did not feature for the reds even once. After signing for the club in 2015, Awoniyi spent season after season in loan spells split over seven different clubs in Europe. The Nigerian has finally received his UK work permit and has expressed his desire to continue either in England or Germany.

After spending the entirety of his Liverpool career away from the club, the player will finally hope he can catch the eye of Jurgen Klopp. Awoniyi has travelled with Liverpool for the pre-season camp in Austria. He is expected to be given game time as some of their forwards are absent from the roaster. The pre-season might well determine the future of the player in the Reds’ camp.

Taiwo Awoniyi caught Liverpool’s attention in 2015 and was secured for £400,000. He was sent to FSV Frankfurt in the first season and then to N.E.C in 2016. In 2017, the player was once again sent on loan, this time to Belgian side Mouscron. An excellent stint at the club later saw him being loaned to Gent. However, despite starting strong, the player fell down the ranks in Gent and as a result Liverpool cut-short his loan move and he was sent back to Mouscron.

In his second short season at Mouscron, Awoniyi was immense, scoring seven goals in just nine appearances. His short performances in each of these clubs drew attention from many clubs across Europe. In the 2019-20 season, the player travelled to Germany to play for Mainz 05, once again on loan. The following season, despite enquiries from other clubs, he was loaned out to Union Berlin.

It is now understood that Liverpool is no longer interested in loaning their Nigerian talent. At this point, it is unclear whether the Reds will keep the player or if he will move away from the club on a permanent deal. The Reds have already rejected a 4 million euro bid and has stated that they want at least seven million for his services.

Awoniyi is considered to be a decent backing to Liverpool’s underperforming deadly attacking unit. Although he is isn’t first team material yet, Awoniyi can deputise for one of the prolific attacking players in Merseyside if need be. His game time may well suffer, but after spending seven years at the club, it will be fitting if he does finally get minutes with his parent club.

The talent will not have any shortage of suitors with many clubs in Europe already stating their interest for the forward. Premier League’s West Ham has been linked with the Nigerian according to recent reports among others. An 8 million euro deal for a player Liverpool never fielded would be considered as business well-done.

It is fair to say that Awoniyi enjoyed his best football with Mouscron. He became one of the most influential players of the club, netting 21 goals in his 45 appearances for the club across all competitions. A strong, pacey forward who is lethal on the counter-attack. Awoniyi is hard to catch on the run, someone who likes to play on the shoulder of the last defender.

Although lethal on the run, Awoniyi lacks the sort of close control needed in tight situations. The player can be clumsy when space is denied and needs to improve his ball control. Awoniyi is also not renowned for his passing, with very little involvement in the department and even lower completion rates. But the Nigerian isn’t exactly meant for that.

One thing the 23-year-old does better than others is score goals and plenty of them. Capable of running at defenders with the ball and beating them for pace, Awoniyi can pack a punch with his boots. No, he is not as prolific as Liverpool’s Salah or Mane, but he offers a different attacking dimension from both of these players.

Awoniyi works tirelessly in attack, a feature that Jurgen Klopp demands from his players. There’s no questioning his work ethic and his hunger to latch onto chances. He is just one of six players that remain at the club since Jurgen Klopp’s arrival at the Merseyside club. If he does showcase his talent at this pre-season camp, Klopp is likely to consider the Nigerian for his plans this season.

Jota suffered from a long-term injury last season while Roberto Firmino had a hard time finding his shooting boots. Mane was missing more chances than he had ever done. Salah was surprisingly wasteful in front of goal although he bagged loads of goals. Liverpool’s star forwards will be expected to regain their form, but if anything were to go wrong, Awoniyi can come in handy.

But it is highly unlikely that the player gets a prolonged stint this season. The Nigerian would be more of a backup than a first choice. A move away might earn him game time and could help him develop as a player. It would be interesting to see what Jurgen Klopp and Liverpool decide in the coming weeks.