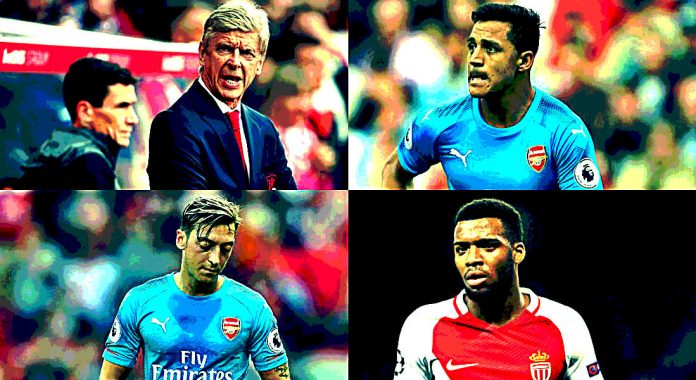 Wenger also accentuated that his players are being regularly tapped up by other clubs and also slammed Arsenal legends for demotivating Mesut Ozil.

The Gunners manager said: “Alexis is committed and focused on Arsenal.”

“That’s what makes me believe he will stay. There is a chance he will stay, yes. At the end of the day, he is 29 years old in December, he knows his football years are counted at that level, especially with the evolution of the game now.”

“You have to enjoy every minute. As long as you have the quality on the pitch for the club, that’s the one thing that matters.”

“I didn’t want him to leave and in the end he didn’t leave.”

Wenger added: “I didn’t want Alexis to leave unless we brought somebody else in with similar quality so then you can defend it.”

“Then you have a player with a four- or five-year contract in front of them who is young. But overall, I didn’t want to lose him without having any replacement.”

“Lemar decided to stay in Monaco and you have to respect that.”

Ozil claimed the duo victimised him following Arsenal’s disastrous start to the new season and particularly after the Gunners suffered a 4-0 humiliation against Liverpool at Anfield.

“They all had their weaknesses as well.”

The Frenchman also claimed that his players are tapped up on a regular basis during transfer windows.

He added: “You cannot be naive enough to think they have not been tapped up. It’s inevitable — that’s why you have to scrap the transfer window before the season starts.”