Argentina captain Lionel Messi has stated that the South American side will be boycotting all media and press after accusations of smoking cannabis were made against his team-mate Ezequiel Lavezzi. 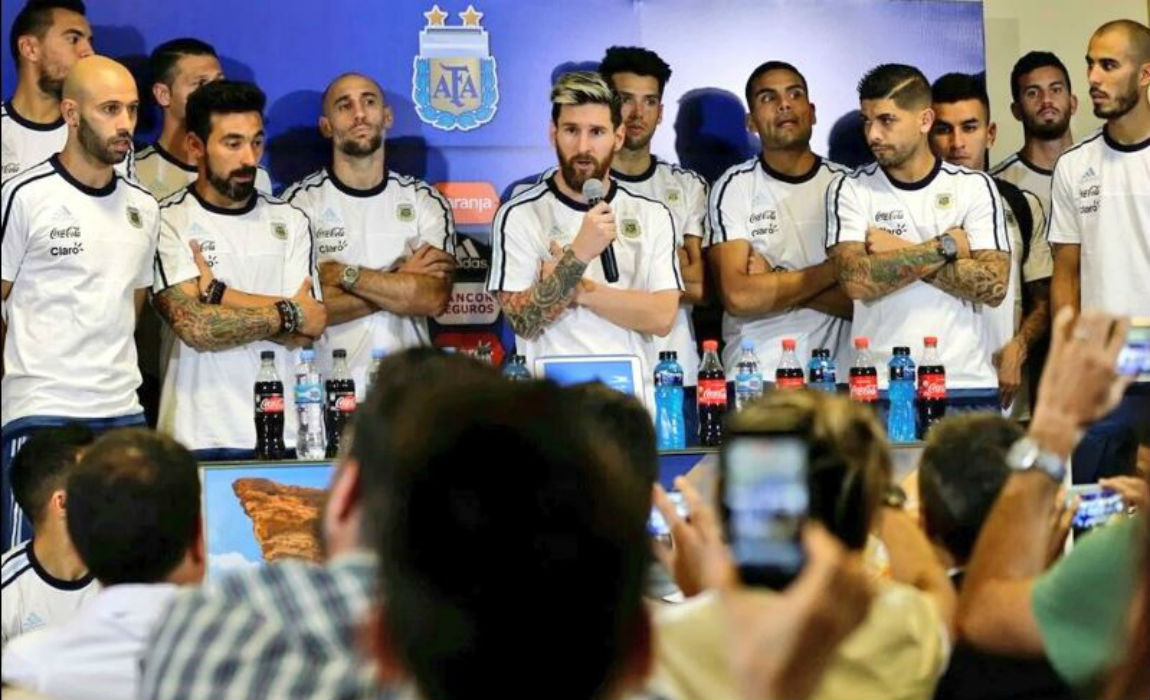 The Hebei China Fortune star has taken legal action against journalist Gabriel Anello, who had claimed that the former PSG star was left out of the squad was because he was smoking cannabis.

Messi was the star of the show as Argentina beat Colombia 3-0 after the Barcelona superstar scored with a stunning free-kick and provided two assists. 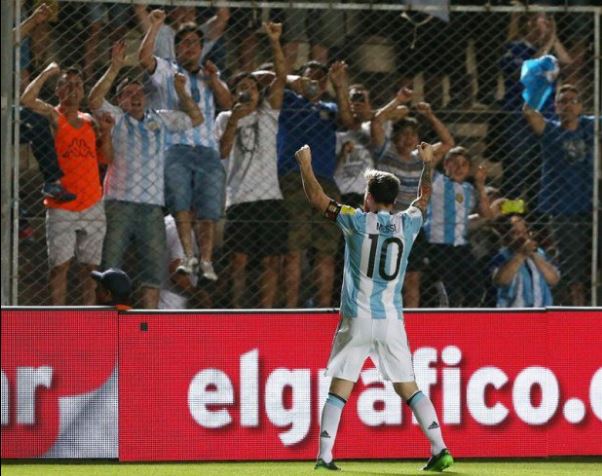 Messi called for ‘respect’ for the players and said that no player would be answering any questions.

He then went on to add that no player from his team will be talking to the press in solidarity with Ezequiel Lavezzi.

“We have made the decision to not speak to the media anymore – obviously you know why,” Messi said. 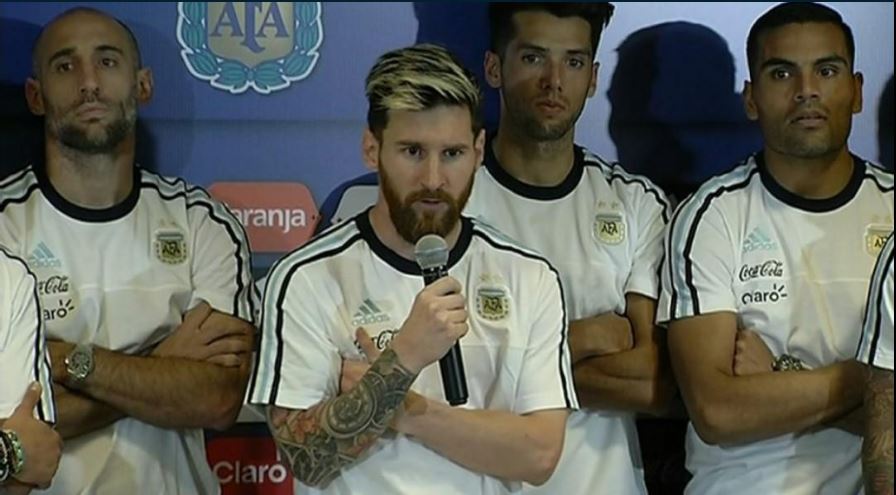 “We’ve had a lot of accusations, a lack of respect and we haven’t said anything but I believe that this overtakes everything.”

“We have made the decision to not speak to the media anymore – obviously you know why,” Messi said.

“We’ve had a lot of accusations, a lack of respect and we haven’t said anything but I believe that this overtakes everything.” 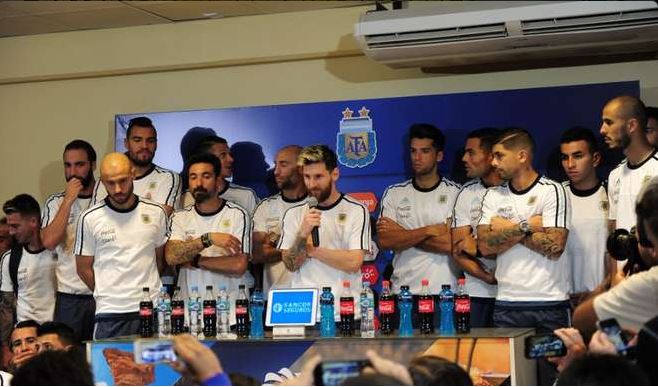 Lavezzi stood their along with all his team-mates as Messi spoke on behalf of the 31-year-old forward.

The incident started when Gabriel Anello, a reporter who works for Argentine radio station Radio Mitre. 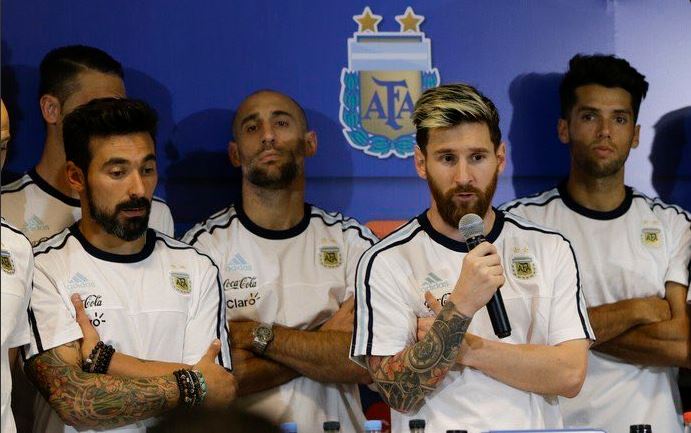 Gabriel Anello had tweeted “Lavezzi is left off the substitutes’ bench tomorrow because of the joint that was smoked last night in the camp? I’m asking… just asking.”

After which Lavezzi had released a statement saying, “False statements against me and the serious damage that have generated to my family and in my work.”