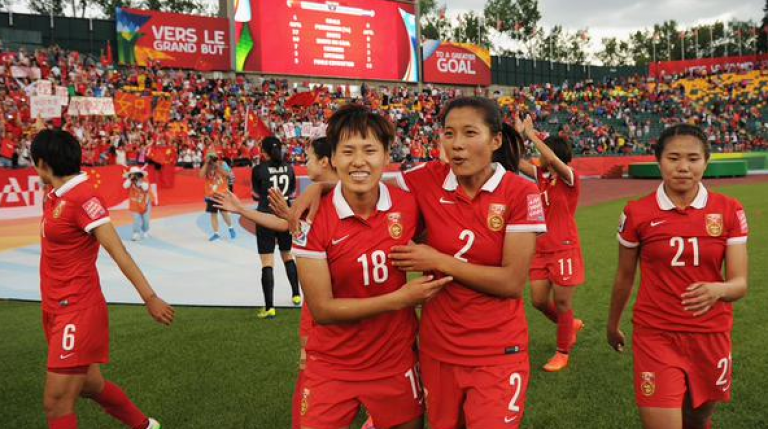 Chinese women’s football team expressed their huge expectations towards the Rio Olympic Games opener against hosts Brazil, while shrugging off any comment on special meaning when they embrace their first Olympic match in eight years on Monday.

“I’m very happy to compete for the Olympics in Rio. I hope to show women’s football image at this stage, and I’m looking forward to the first game against Brazil,” said China’s captain Li Dongna.

“We have been well prepared for the game,” she added.

Chinese players took their first practice session in the Olympic Stadium, where the tournament opener will be held on Wednesday.

For the team’s head coach Bruno Bini, the Olympic opener will make no difference, as every win in the group stage will deserve three points.

“For me, there is no special meaning for the first game, because if you win the game, you also get three points as you do in every other match, so we will work hard in every game.

“In World Cup or the Olympics, every game is important. Before the final game in group phase, we have to be independent, which means that we have to decide ourselves whether to qualify through the last group match,” he said.

China is now placed 12th in FIFA world rankings, four behind their opponents in the opener.

“Brazil is higher than us in FIFA ranking, and for us, it’s an away game, so we don’t have any advantage,” commented Bini.

As the team captain, Li will do her best to spearhead the team to the victory, but contributors are not just limited to herself.

“Not only me can help the team, every member will help each other. Everyone will make her own contribution to the team when we have troubles in the game,” said Li.

Undoubtedly, the hosts’ expectation towards the game is high, especially when they don’t often play matches in their home soil.

“Playing here in our home country will bring us much pressure. We have supporters cheering for us, on the other side, it means pressure for the team, but we have dealt with that through our psychologic work,” said Brazilian head coach Vadao.

“Chinese team is a very fast team. Their wingers are very fast. What has impressed me the most is their tactical evolution as a group,” he added.