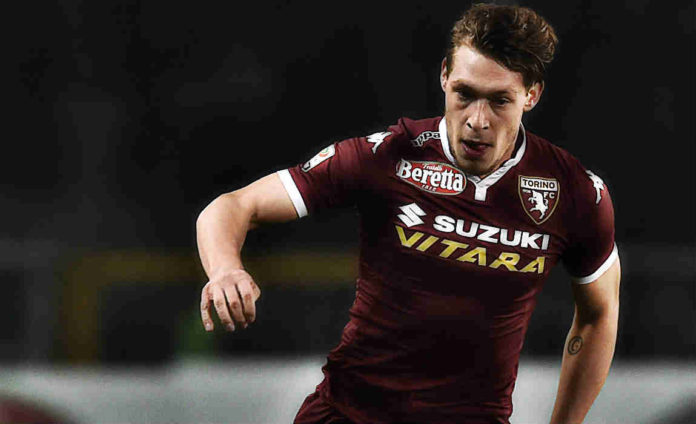 Andrea Belotti has ordered Serie A club Torino to sell him as soon as possible, according to reports.

And now the Torino man has been linked with big money moves to both AC Milan and Chelsea.

Earlier, Torino bosses had made it clear that they will not sell their most prized asset, even if clubs are ready to break the bank for securing the services of the Italian striker.

Belotti has asked to Torino to go to bigger club. Now up to Chelsea and Milan to offer 90ish millions of €…

But according to Italian journalist Tancredi Palmeri, Torino are set to lose the battle as Belotti has made up his mind and wants to join a bigger club this summer.

Taking to Twitter he wrote; “Belotti has asked to Torino to go to bigger club. Now up to Chelsea and Milan to offer €90million.”

He believes that Torino would look to make huge profit on Belotti and both Chelsea and Milan will have to field a transfer bid of around £80m to sign the 23-year-old striker, who has drawn huge attention this summer after displaying incredible form last season.

And now  AC Milan have set their eyes on Belotti, as they continue to build a side that can challenge any top club in the upcoming season.