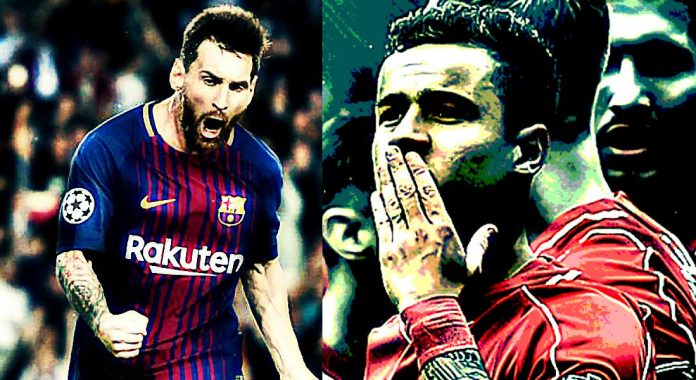 Liverpool bosses have promised Philippe Coutinho he will be allowed to make his dream switch to Barcelona in January if the La Liga club make a good offer.

But the Spanish website Don Balon claims that Barca legend Lionel Messi has approved Barcelona’s plan not to overspend on the Brazilian.

The report claim that the Barca bosses want Coutinho but the possibility of ending up paying up a huge amount for the Brazilian is causing problems for the board, having already signed Osumane Dembele from Borussia Dortmund on a club-record fee.

As so the club bosses are mulling over whether to plot a move for Schalke’s Max Meyer instead.

Messi reportedly is in favour of Barcelona landing the German attacking midfielder.

And Barcelona scouts were seen monitoring his performance this season.

The 22-year-old will be a free agent at the end of the season and the Barca bosses are now interested in roping him in – as he will be a much cheaper alternative to Liverpool’s Coutinho.

There is a huge possibility that Barca might end up signing him in Janaury, which will give Schalke an opportunity to cash in on their player instead of letting him going for free next summer.

Meyer has emerged as one of German football’s brightest stars since making his Schalke debut four years ago.

And with Messi backing his name, the Barca bosses might drop their interest in Coutinho and to land the German prodigy instead.