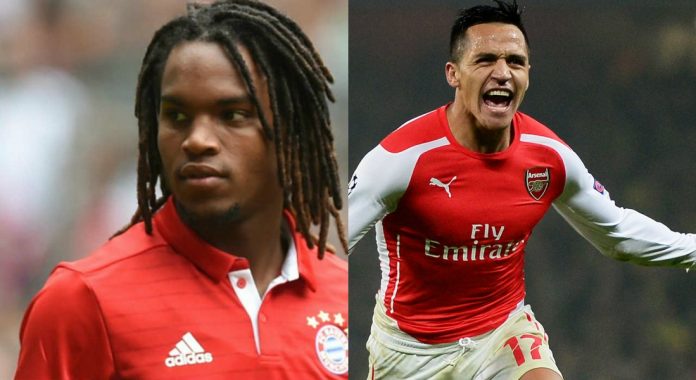 Sanches burst into the scene after proving his mettle at Benfica and also won the Golden Boy award in 2016.

And Portuguese newspaper Record had claimed that Serie A giants AC Milan could rope in Sanches on an initial two-year loan deal, with an option to buy him permanently for €47 million.

Rummenigge  told reporters: “I can confirm that AC Milan has an interest in Renato Sanches.”

“I have the impression that AC Milan is not ready to meet our economic demands, and as long (as that continues) nothing will be done.”

Bayern have also been heavily linked with a move for Arsenal contract rebel Alexis Sanchez, who is also a top target of Manchester City this summer.

But Rummenigge turned down all possibilities of launching a bid for Sanchez, having signed Serge Gnabry, James Rodriguez and Kingsley Coman this summer.

He added: “I don’t know what he has said but we are no longer involved.”

“We are in agreement with the coach [Carlo Ancelotti] and we won’t be doing another deal for an attacker. That makes no sense.”