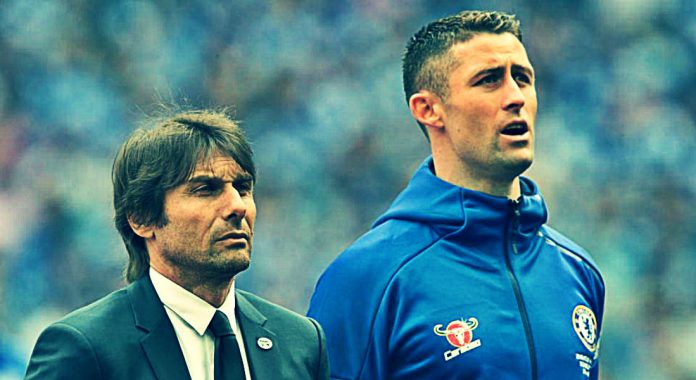 Serie A giants Juventus have made contact with Chelsea chiefs over a move to rope in Gary Cahill.

The Italian giants are desperate to rope in a new centre-back after losing Leonardo Bonucci to AC Milan this summer.

And sources close to the Serie A champions have told the Sun that they are now planning to sign Cahill, after knowing that Antonio Conte is not sure how big a part the England defender will play this season.

Conte signed Antonio Rudiger from Roma this summer and now it is understood that Cahill will not be guaranteed regular game-time.

With David Luiz and Cesar Azpilicueta excelling at their positions, it is likely that that the former Bolton player will down the pecking order at Stamford Bridge this season.

And he made the situation worse for himself after receiving a red card in their opening day defeat to Burnley.

Juventus have failed to make an impact in the transfer market this this summer.

They lost Bonucci to rivals Milan and failed to sign either of their top defensive targets – Jerome Boateng and Diego Godin as replacements.

They were also dealt huge blows in their pursuit of Eliaquim Mangala and Ezquiel Garay, who they had identified as back-up options.

Juventus are willing to splurge around £16.5million to sign the 31-year-old but are also ready to land Cahill on a loan deal.

Meanwhile, Conte is still hoping to sign two more players before the transfer window closes at the end of this month – which could see the arrival of Dutch centre-back Virgil van Dijk from Southampton.