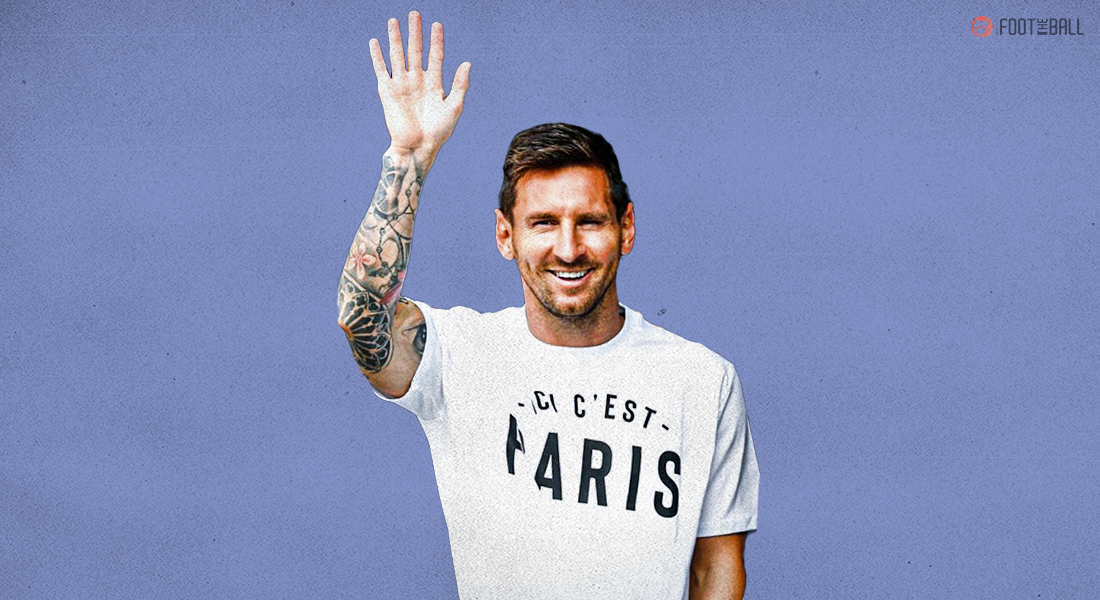 Live: The Latest on Lionel Messi's Move To PSG - All You Need To Know

The most anticipated Transfer in the history of football, that we all have been waiting for is in the works, and FootTheBall has got you all covered sparing no details.

Lionel Messi has agreed personal terms and is on his way to Paris, to sign the contract offered to him by PSG.

Leo Messi leaves his house in Castelldefels, Barcelona and heads to El Prat airport to fly to Paris and sign for PSG. The Argentine is on his way with his family to the airport and will land in Paris soon.

Total agreement completed on a two-years contract, with option to extend until June 2024 which will see earn €35m net per season add ons included.#Messi will be in #Paris in the next hours. #FCB #FCBarcelona #neymar #Ligue1 pic.twitter.com/qtqoItWX5v

EMOTIONS GETTING THE BETTER OF FANS

Fans are waiting eagerly for the star to be unveiled soon.

He will arrive in #Paris soon 🙌

Lionel Messi and his family look all set, for a flight to Paris amidst one of the greatest transfers of all time.

Fans outside Parc de Princes can barely hide their happiness and emotions in control, as they await Lionel Messi’s arrival.

Preparations look in full swing as club officials and fans get ready for the Argentine, once he lands in Paris.

Meanwhile, Messi posters have already been started to be taken off, outside Camp Nou, less than one hour after Messi’ flight to Paris.

And incase you missed it, IT’S OFFICIAL – Messi is the most expensive player on a free transfer ever.

Is it all but confirmed? 🧐

IT IS FINALLY HAPPENING

THE MOMENT we all have been waiting for.

Lionel Messi will reportedly wear the No.30 Jersey. It’s the same jersey number he started his career with at Barcelona.

The REAL DEAL is here.

🚑 Lionel Messi arrives at the American hospital in Paris for his medical examination !!! 💥💥

That one person who makes sure you raise your own game and the one’s around you.

For as long as I’ve been playing, #Messi has been redefining football. If it wasn’t for him, @LaLiga would be a very different place. I’d have a few more clean sheets for a start. He inspires everyone to raise their game. Here’s to his next dream. #NeverDreamAlone @budfootball pic.twitter.com/kipCoIFtFy

Fans waiting and chanting ‘Messi’, while the Argentine gets his medical done at the American Hospital in Paris.

Multiple reports have now suggested that Messi is just hours away from being officially announced. Medicals have been completed, with the official announcement just hours away.

Lionel Messi will address the fans tomorrow at his Press Conference at 11:00 am CET.

Messi will speak about PSG new chapter only tomorrow morning – press conference, 11.00am.

Lionel #Messi completed the medical examination. He will not go to "The factory" but he will complete at the hotel “the technical stuff” . His family is there. And the official announcement is ready. #PSG

It is only a matter of time before Lionel Messi, arguably the greatest footballer of all time, is officially unveiled as a PSG player.