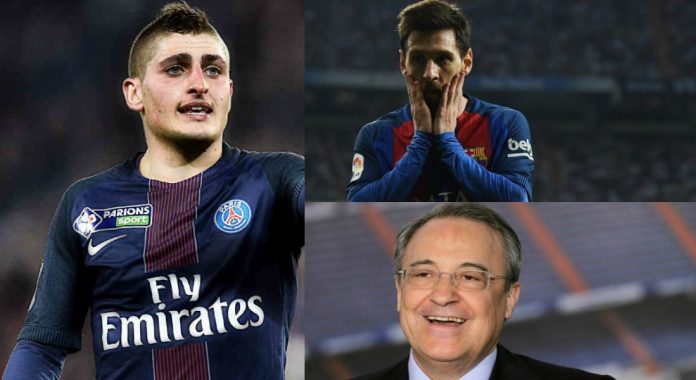 Real’s arch rivals Barcelona are keen on roping in Verratti, whose current contract at PSG runs out in 2021.

But according to Spanish media outlet Don Balon, Real Madrid are now set to hijack Verratti from under the noses of their rivals.

Real Madrid and PSG are in good terms over the course of the last few years but sources reveal that the Ligue 1 club are not willing to do business.

The Barcelona bosses have identified Verratti as a replacement for Andres Iniesta.

But now it is believed that the Argentine legend would be disappointed as fierce rivals Real Madrid are also in the race for the Italian player.