LIONEL MESSI VS THE BARCELONA BOARD 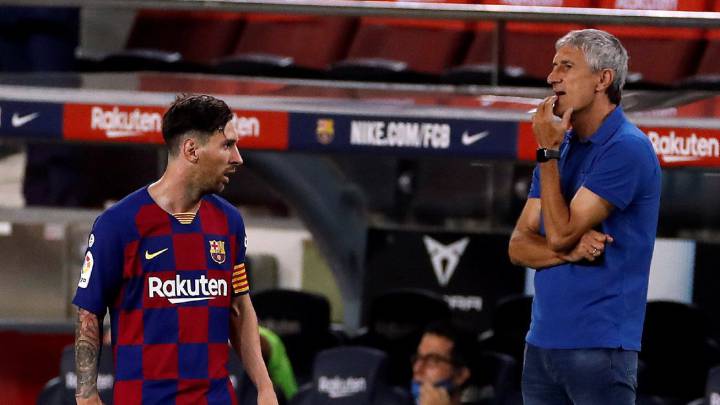 Lionel Messi and his desire to leave FC Barcelona has been the talk of the town.

In fact, it has reached a level where it’s the talk of each and every town!

With teams from several sports across the world (Including F1, NBA & MLB) persuading Leo to join them, the future still seems uncertain.

In a latest update, Barcelona have issued their first public statement claiming the following.

“We do not contemplate any contractual exit, because we want Messi to stay. Internally we are working for long hours to find the best solution for the club and for Leo. We cannot make this a public dispute because neither Messi nor Barça deserve it. We are working internally to convince Messi.”

As elongated as the matter is getting, no one can guess what the outcome is going to be!

In a story that’s been cooking so long, the oven’s gotta have been preheated!

Here’s a look at all the events and incidents that sparked this brawl between Barcelona and their hero- Lionel Messi.

The spark that has now turned into a wildfire had been initially ignited during the start of this year. Here’s a walk through the timeline of events…

Despite several rumours and wishes of bringing in Xavi as the new manager, the board disagrees & signs a 2 and a half year contract with Quique Setien, the then Real Betis boss.

Insensitivity Turning up the heat!

The board begins it’s drama with Eric Abidal commenting on Ernest Valverde & player performance under him. He claims “many players weren’t satisfied nor working hard and there was also an internal communication problem”. This leaves the team members, especially Messi annoyed.

As a reply Messi in an interview slams the Barcelona board for undeserved criticism. The captain states the following

“Everyone has to be responsible for their tasks and take care of their decisions. The players [are responsible for] what happens on the pitch and we are also the first to recognise when we are not playing well!”

The bitterness between the parties is worse than it seems for Messi had been playing with a thigh strain for long. In the same period, the club failed to sign attacking reinforcements and let Carles Perez and Abel Ruiz leave despite knowing that Luis Suarez was ruled out for four months.

This left the skipper helpless & furious at the authorities.

Barca suffer a disappointing 2-0 loss to Real Madrid in the second Clasico of the season at the Santiago Bernabeu, with Zinedine Zidane’s side going top of LaLiga as a result.

Though Barcelona managed to catch up and remain in the title race, their performance & style of play was degrading by the day.

In no time, the Pandemic hit Europe & football was on a halt.

As contribution to helping the club cope up with the financial crisis in the Pandemic, Lionel Messi accepted a 70% pay cut!

Barcelona draw against Celta Vigo as well as Atletico Madrid & lose out on their top spot in the league table. The team & Lionel are accused of disobeying the manager & playing outside the plan.

The relationship between the players & manager worsens as they further continue to lose faith in him. 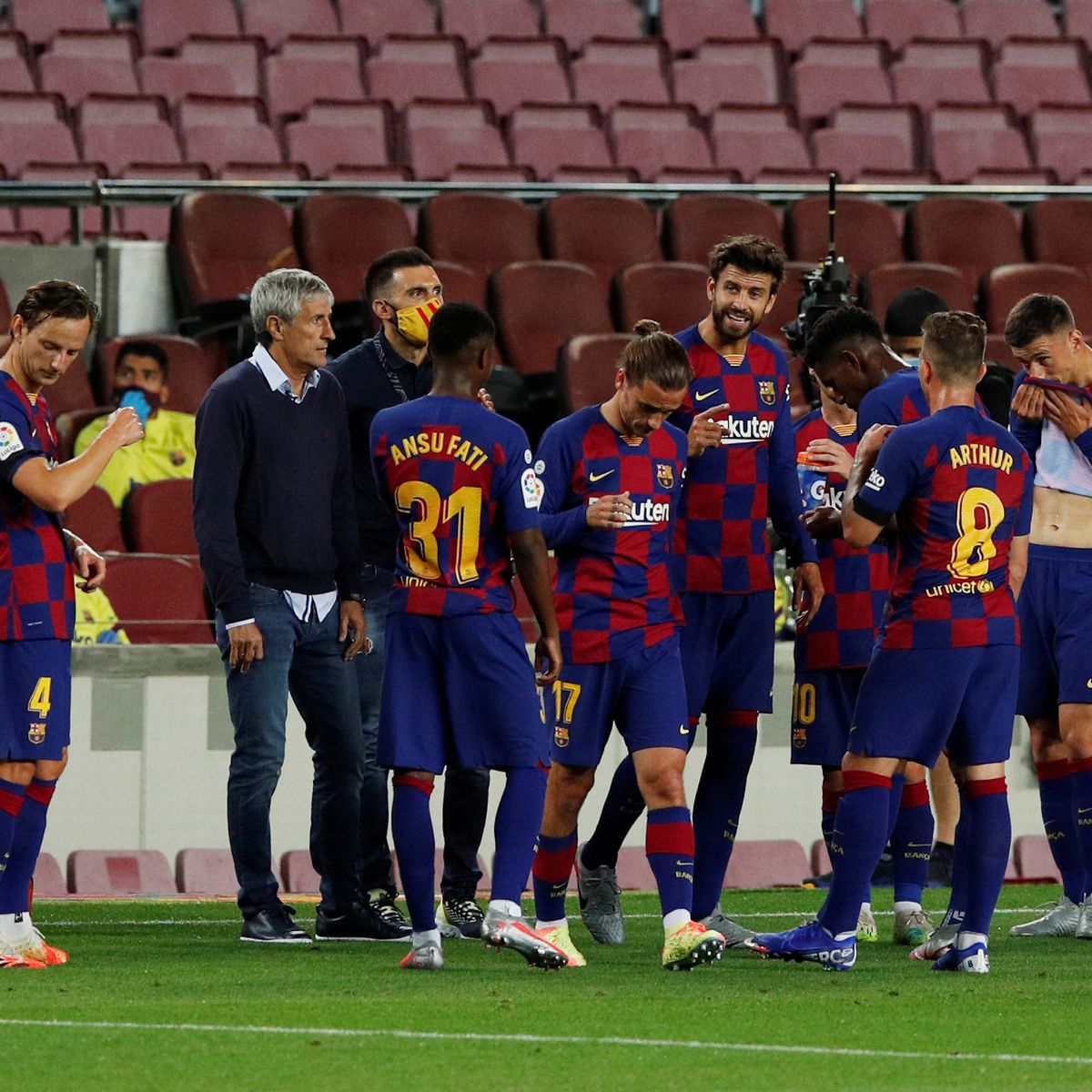 Tik-Tok: The Timer ticks off!

Barcelona lose another league game to Osasuna as Real Madrid win the title.

Messi expresses his disappointment in a post match interview and admits that the club is in dire need of change!

Champions League was the only competition that remained.

Incase of a loss there, Barcelona would go trophy less for the first time since 2007!

Fuel to the Fire

This however goes the other way round- Barcelona are thrashed by Bayern in an 8-2 defeat!

The team struggled as the Germans demolished them with the greatest of ease.  It was their heaviest defeat in European competition and the most goals they have conceded in a single game since 1946.

The devastated board immediately ensured that Setien’s time at the club was over. 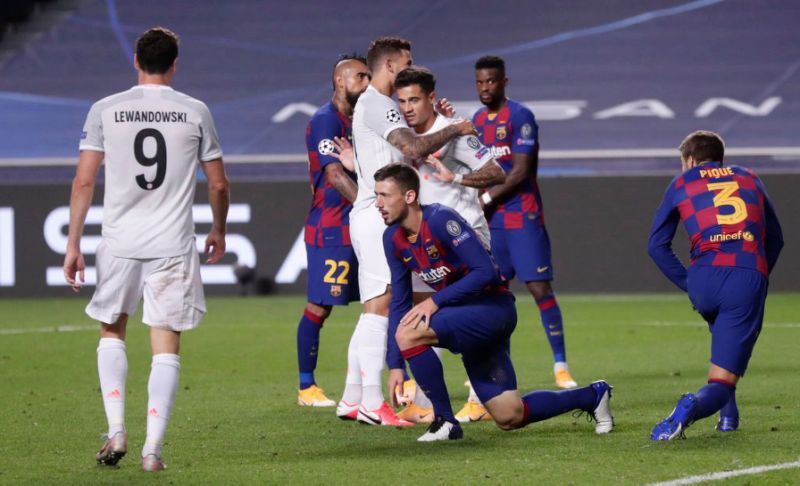 BOOM: Explosion at the Camp Nou!

Dutch national coach & former Barcelona Legend Roland Koeman takes charge of the team. In a media interaction Koeman clarifies of being unaware as to whether he is supposed to make Messi stay!

Koeman later makes alterations to the squad. He demands departure of several players close to Messi including Suare, Vidal, Umtiti, Pique & Alba. He then warns Messi about his unruly actions & tries to show him his place.

“The privileges in this squad are over, you had to do everything for the team. I’m going to be inflexible; you must only be thinking about the team.”

Infuriated Messi sends a Fax to Barcelona demanding an exit from the club.

He demands activiation of a clause associated with champion’s league loss. The board are stunned & call an Emergency meeting.

This leads to a huge turn of events in Barcelona around Lionel Messi’s transfer.

While the turmoil still continues, the crisis seems big.

Lionel Messi is also not the man to gain attention & not act. At the same time, support from club legends such as Puyol further strengthens the possibility of leaving.

While Bartomeu’s departure is still not confirmed, the future is cloudy.

All we can do is wait for the dust to settle & Argentina’s brightest sun to rise again!
We awaut the outcome, for the light is sure to brighten the future- be it at Camp Nou, Stamford Bridge or The Etihaad!

We sit tight and wait for the oven timer to ring!