Austria were the favourites to win this match to register their first ever win in the European Championships and they started the tournament in the best possible fashion by earning a win, but North Macedonia made them work hard for it as the debutantes gave an impressive performance in their first ever match in Euro 2020.

Marcel Sabitzer was in the thick of things for Austria as he provided flair in attacking for Das Team on the back of an impressive season for Leipzig in the German top flight.

Sabitzer was involved in two fouls with Bardhi as the Austrian lunged into a challenge into the Levante player on either side of the opening goal in the 18th minute.

But he was at his brilliant best for Austria’s opener as he picked out Stefan Lainer with a pinpoint ball that the Borussia Monchengladbach player drove home with a deft touch into the far post as the deadlock was broken.

Seven minutes later, Sabitzer was once again found to be orchestrating the proceedings for the Austrians as he delivered a textbook overhead pass to Kalajdzic only for the 23-year old to miss a glorious chance to increase their advantage.

Three minutes later history was created as North Macedonia capitalised on a rare mistake from David Alaba to level the score in the match. The Real Madrid-bound defender clashed with Austria’s goalkeeper as Goran Pandev found himself free to shoot inside the penalty area into an open net.

And the 37-year old Genoa forward made no mistake as he scored North Macedonia’s first ever goal in the European Championships, sending Macedonian fans into a frenzy.

The North Macedonians started the second half in an optimistic manner as they were quite influential, but they couldn’t sustain their influence in the game as the Austrians gradually came back in the match.

The debutantes had the chance to take the lead in the 64th minute when they had the Austrian goal at their mercy, only for Pandev to lob the ball above and beyond the crossbar. 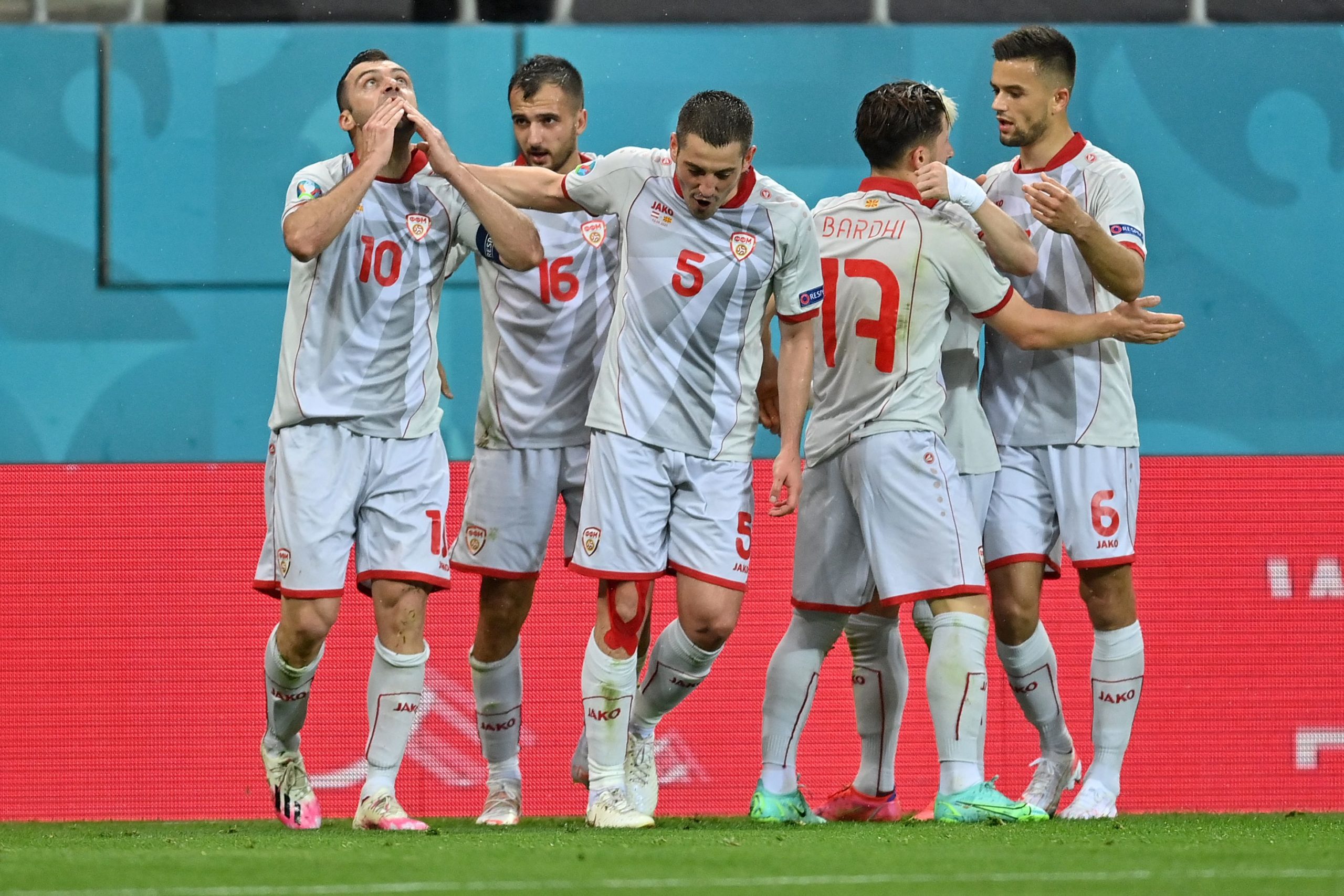 Das Team breathed a sigh of relief, but the Macedonians were left ruing this chance as Sabitzer and company showed why they were the favourites coming into this match.

GREGORITSCH WINS IT FOR AUSTRIA

Michael Gregoritsch came into the match from the bench to win it for the Austrians in the 78th minute and write himself into history books as the scorer of the winning goal in Austria’s first ever win in the European Championships.

David Alaba came driving on the left-wing and put a cross for Gregoritsch to nod it home for Das Team and the scales tipped in the favour of the Austrians.

ARNAUTOVIC STILL HAS WHAT IT TAKES

Marko Arnautovic rounded off the scoring in the 89th minute as Austria cruised to a win in the match in Romania. Arnautovic came as a substitute and scored on a memorable night for the Austrians as they registered their first ever win in the quadrennial tournament.

Alaba and company have made a statement of intent – highlighting that they are not simply there to pad out the schedule of the tournament and are genuine contenders for a berth in the knockout stage.

Meanwhile, North Macedonia can take pride in an impressive showing in their first ever match in the European Championships where they matched the Austrians for almost the entire match before fizzling out in the final quarter of an hour.

Nevertheless, they can take heart from their performance as they continue their journey in Euro 2020.