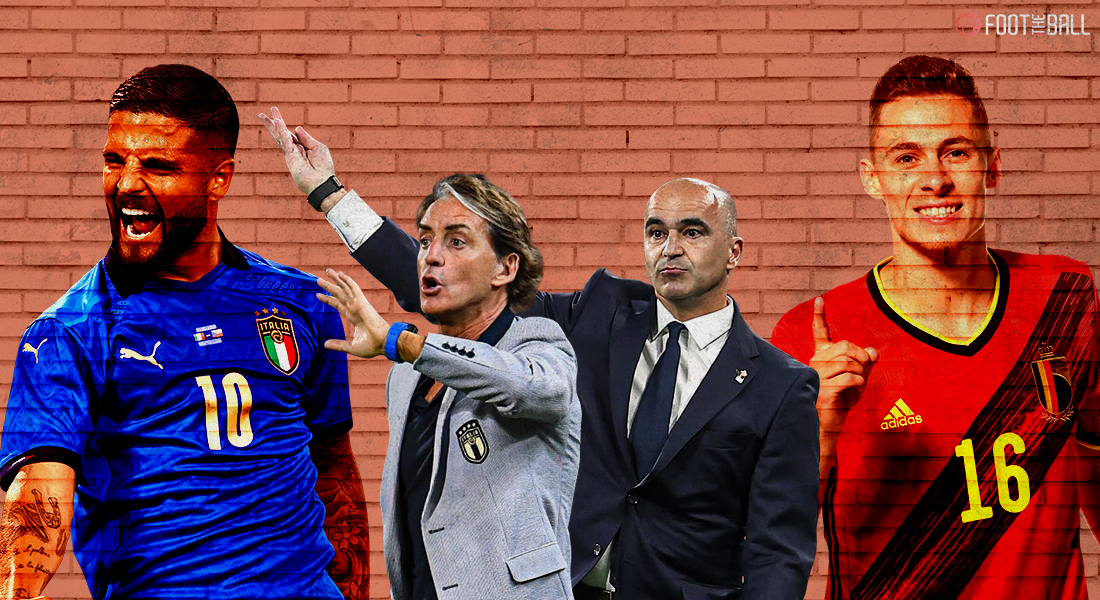 EURO 2020 Preview: Belgium vs Italy, A quarter-final clash worth the wait!

With many unexpected results popping out in this delayed Euro 2020, two teams that have lived up to their expectations, Belgium and Italy, will face off in the quarter-finals. Both teams had an easy group stage, managing to secure all nine points, but faced stiff competition in the round of 16. Only one will go through and who among the two strongest teams on paper will prove their mettle?!

Belgium’s injury-hit side did not start their superstars Kevin de Bruyne and Eden Hazard in the opening fixture. The former was saved as a substitute who turned the fixture on its heel in the second game against Denmark.

However, a lacklustre performance against Portugal wherein they managed to cling on to a lone goal scraped them through to the quarter-finals. If not for a wonder-strike from the lesser-known Hazard brother, the game could have tipped the other way. Belgium will need an improvement in performance if they hope to beat an in-form Italy.

Italy’s goal was finally breached as Austria found a consolidation goal in the 2nd half of extra-time. A mesmerising end-to-end game that tested the Italians like none before. Austria won the hearts of the fans as they fought tirelessly against one of the best sides in the competition. Roberto Mancini’s men deserve credit for their resilience and zeal as they powered their way past a staunch Austria.

Two brilliant substitutions secured the two goals that were necessary to earn them a quarter-final spot. Although Belgium is the Worlds #1, Mancini’s reformed Italy will be the toughest team any side would want to avoid. An unbreakable defensive unit that was only breached once since November and an excellent goal threat going forward

Eden Hazard and Kevin de Bruyne both came into the competition with injury concerns. Although the two played significant minutes in the competition, they were substituted in the round of 16 due to injury concerns. Reports claim that both players will not be withdrawn from the tournament but will likely not feature against Italy either. A huge blow for Roberto Martinez.

Chiellini is back in training for Italy and might be available for the quarter-final hustle against Belgium. Veratti did not seem at his very best but will likely start ahead of Manuel Locatelli. Roberto Mancini might turn towards experience as they hope to take advantage of Belgium’s injury-hit squad.

🗣 #Pessina: "It'll be very difficult against Belgium, but you need to face the best if you want to go all the way."

With Cristiano Ronaldo, Karim Benzema and Robert Lewandowski out of the competition, Lukaku is the favourite to win the golden boot. He is still two goals shy of Ronaldo’s five-goal haul but has the capability of producing the goals. A goal or two against one of the best defences in the world in the form of Italy would be invaluable. He will be up against one of the most experienced defenders in world football and will face constant harrying by a relentless Italian defence.

The lack of attacking options in the last match against Portugal hindered Lukaku’s chance of finding the net. There were no quality balls played to the big man despite making the right runs. Belgium’s build-up play will have to be spot on if they hope to test Donnarumma. Lukaku will undoubtedly be their main man upfront.

The two teams feature a number of big men but it will be Italy’s pocket-sized dyamo, Insigne that draws the attention. The Napoli winger makes up for his small stature with some amazing ball control and trickery. Almost impossible to disposes, the little winger is capable of finding teammates through clever and deceptive passes. A valuable asset to break the three-man Belgian defence.

His ability to draw players towards him will open up space in between the channels for the Italian midfielders to exploit. If need be, Insigne has a bending strike in his arsenal that is capable of beating even the best keepers in world football. His quick feet and inter-play will be vital for the Italians. One of Mancini’s most trusted men, Insigne will want to impact in every way possible.

Italy is here to prove a point. They are no longer the team that did not feature in the World Cup last time. They are no longer just a defensive unit, lazy and deep in their own half. Mancini has turned this team into a machine capable of just about anything. Too good in every department. Italy will play for the win and nothing else.

Belgium on the other hand is the best team in the world although they have won nothing to back that statistic. This tournament is the golden opportunity for them to show their worth. However, Italy is probably the last team they would have wanted to face. A tough fixture for both teams. 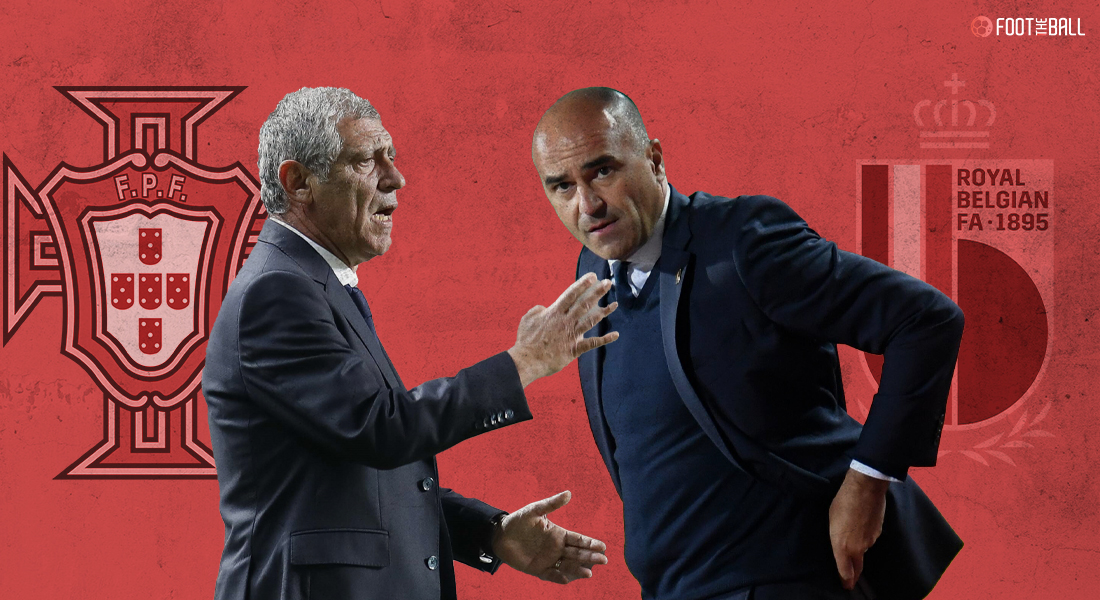