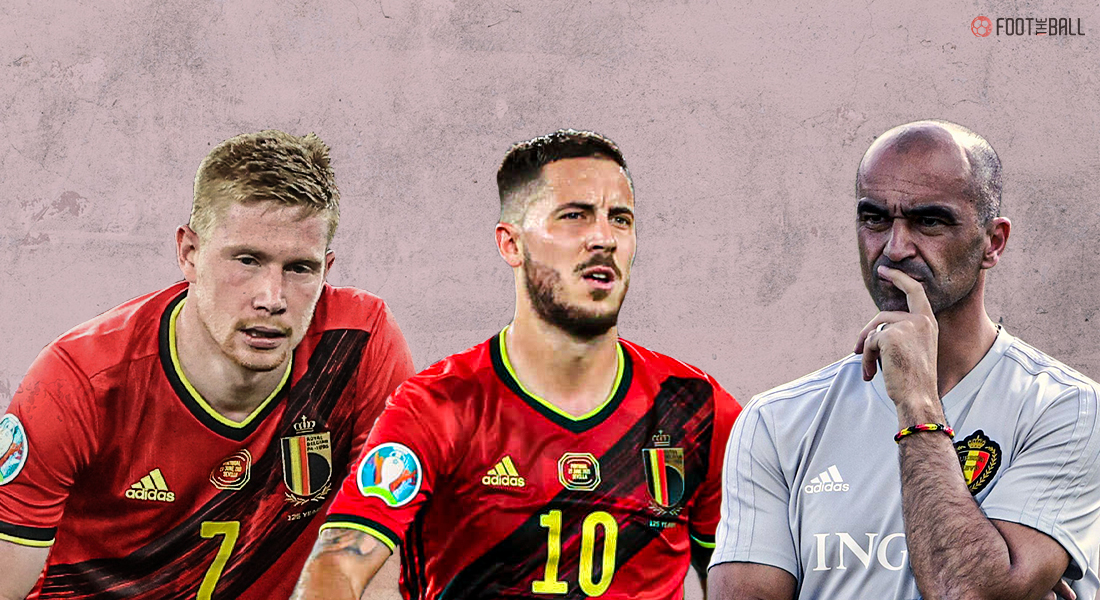 With the round-of-16 progressing well for the European Championships, there have been some stellar results. Belgium’s 1-0 win last night over defending champions Portugal did not come easy. The Red Devils had to dig in deep and defend stoutly in order to see their lead through to set up a clash against Italy in the quarter-finals.

Roberto Martínez on the injuries: "It's quite positive for us. Eden and Kevin have no structural damage. They will remain with the squad. We won't get them fully fit for Friday. In the next phase they will be fit to play. We take it day by day."

However, that victory might have come at a bigger cost than one might expect. Star player Kevin De Bruyne and captain Eden Hazard were both forced off with injuries, and manager Roberto Martinez has confirmed that both will miss their next match.

Kevin De Bruyne had been in sublime form since his halftime appearance against Denmark on matchday two. Having returned from sustaining facial injuries in the Champions League final, he had a goal and an assist against the Danes which was followed up by another assist against Finland.

In addition, De Bruyne created numerous chances over these two matches and looked threatening whenever he ventured forward. Meanwhile, the elder Hazard brother has slowly been rediscovering form after a horrible run of injuries. He was eased back into the limelight over the course of the group stage and even picked up an assist in their comeback win over Denmark.

Eden Hazard has averaged an assist every 98 minutes in European Championships.

Back in the XI. 👊 pic.twitter.com/6Btcy0sfC2

Starting together for the second consecutive time against Portugal, it was arguably Hazard who shone brighter. He completed the most dribbles (5) and was the most fouled player (4), looking assured on the ball whenever he had possession. By comparison, De Bruyne was marked exceptionally well leading to his reduced effectiveness, creating just one chance.

Worse still, the Man City midfielder was tackled hard by Joao Palhinha just before halftime, seeing his ankles get twisted in a bad manner. That forced him off within minutes of the restart, with Roberto Martinez looking visibly worried. If the manager thought that was all, he was sorely mistaken. With just under five minutes left, Hazard pulled up clutching his hamstring and immediately signalled to the bench. That was that, as his night and quite possibly his tournament might be over.

ITALY WILL FANCY THEIR CHANCES

The players who replaced the stricken two last night, Yannick Ferreira Carrasco for Hazard and Dries Mertens for De Bruyne respectively, are expected to start against the Italians. That will no doubt please Roberto Mancini and co. a little bit, as De Bruyne and Hazard are world-class on their day.

Without them, Belgium’s hopes of defeating the Italians get a lot tougher, especially since the Azzurri have been absolutely dominating coming into their match. They conceded their first goal in over 1000 minutes against Austria, and are undefeated across the past 30 matches.

Mancini has made his side into a well-oiled machine, which can attack and defend in a spectacular manner. Against Austria, they huffed and puffed in normal time before taking the game away in extra time after some inspired changes the manager. That has been a key facet of their game, how well they have been adapting to the adversary and finding a way to win every time.

Given how much pressure the Red Devils were under in the closing stages of their match against Portugal, they can expect the same kind of pressure from Italy. Furthermore, with two big goal threats out with injury, their attacking threat will be reduced. That is why Italy will be liking their chances of making it to the semi-finals this time around.

Belgium against Italy will be one of the heavyweight clashes between two titans of world football. Italy do have an edge now, and will look to extend their unbeaten record further. However, this Red Devils side has shown their grit against Portugal of holding on to a lead which can be essential.  The Azzurri do go in as favourites on this day and their supporters can feel reasonably confident of their chances.