WHO ARE THE UNDERRATED PLAYERS AT THE EUROS THAT DESERVE A MOVE AFTER AN INCREDIBLE SUMMER?

Tournaments like Euros provide the biggest of stages and audience for players to perform and impress everyone. Few stars who dazzle are duly noted while others, even though they impress, go under the radar. These players deserve to be in the public eye too for their heartful performances and the way they’ve helped their teams. We take a looked at the underrated stars from Euro 2020.

There are only three games left of Euro 2020. The stakes are high, and the margin for error is low. If your team is good enough, you may get other chances again. But if it isn’t, then the group stages are the end of the road.

We at FootTheBall look at the players who have performed brilliantly but are yet to be given the attention they deserve and their moves in the coming season.

The Austrian midfield dynamite has been the driving force in Austria’s engine room. His performances has helped the Alps nations progress to the round of 16. Though the bullish Italians dashed their dreams, they can take a lot of positives from that game. Laimer is a product of the famed Red Bull academy in Salzburg. His bright potential saw him become the youngest debutant in the Austrian Bundesliga.

After his move to RB Leipzig, he flirted between a wing-back and a defensive midfielder role. Just before the Euros, he nailed the spot of a defensive midfielder in their lineup. Laimer is likened to N’Golo Kante due to the glaring similarities in their play. Laimer has an incredible work rate and is adept at ball recovery and recycling. He registered an assist at the Euros along with innumerable defensive contributions. He is a guy who presses the life out of opposition constantly.

Laimer may be a transfer target for teams looking for a specialist defensive midfielder or a mobile number eight. Manchester United, Arsenal, and Liverpool can be touted as potential destinations.

Switzerland had heroes all over their pitch in their incredible run to the quarters at the Euros. The Rossocrociati could’ve been into the semis if not for a few missed spot-kicks in the shootout. A particular member of the Swiss defence has stood out exceptionally. Manuel Akanji of Borussia Dortmund marshaled their defence expertly and can be worthily praised.

Many of our players have impressed at the Euros and Manuel Akanji is one of them. Without his impeccable CB partner Hummels, Akanji commands the Swiss defense whilst being vital for their build-up play and ball progression. Tonight, he has the chance of qualifying for the Semis. pic.twitter.com/wVkifZFf6v

Switzerland plays a three-man backline and it is positioned high up the pitch often. Also as their wing-backs marauder forward their centre-backs need to be on top of their game. Akanji who is already accustomed to a similar system at Dortmund excelled from game one. His reading of the game and positioning was brilliant to thwart many opposition attacks. His ability to play the ball is also a desirable one from your modern-day centre-half.

Dortmund has no desire to cash in on their star defender. The Rhine side however may be tempted if a seizable offer comes in. Nearly all the top teams in Europe are on the hunt for top centre-backs and they know where to find one specially one as grossly underrated as Akanji and his performances at Euro 2020 prove so.

In a world where scoring goals is a fun sport, preventing them is a tough sport. Very few goalkeepers have impressed the most this time. Danny Ward of Wales must be the top name amongst them. What makes Ward’s feats even so incredible is the fact that he serves as a backup keeper in the Premier League. He has been in top shape all season to feature for his country at the mega event and prove his worth.

He had spells at Wrexham, Tamworth, Morecambe, Aberdeen and Huddersfield in his career.

He hasn't started a league game since 2017 and has featured just 14 times for Leicester.

Danny Ward produces an incredible performance to help Wales to a point in their Euros opener.#WAL pic.twitter.com/MC9PdIdqhy

Ward made a number of key saves against Switzerland to ensure that the Welsh walked away with a point. His reflexes and starting position in goal were top-class. Ward also has a decent ball distribution on him. He was in a similar form in the next game as they beat Turkey 2-0 to seal their knockout berth. He was however helpless as the Dragons were slain 4-0 by a ruthless Denmark side in the round of 16.

Considering how his stock rose at the Euros, Ward must push for a starting role. Since it’s virtually impossible at Leicester to displace Kasper Schmeichel a move elsewhere must be on the cards.

When Zlatan Ibrahimovic was not included in the Swedish squad for the Euros doubts were cast over their capabilities. They needed a senior player to take charge and Emil Forsberg duly stepped up. The versatile winger was deployed as a wide midfielder and was running the show from that position.

Having been part of an eventful 0-0 draw against Spain, Forsberg converted his penalty against Slovakia to hand Sweden their first three points. The RB Leipzig forward was in sublime goalscoring form again as he grabbed a brace against Poland on the final matchday. He saved his best for the round of 16 as he put a midfield masterclass only to end up on the losing side. Forsberg scored Sweden’s equalizer and hit the bar twice from outside the box against Ukraine in a losing cause. He also scored four goals which are the highest for a Swede at the Euros.

Forsberg recently signed a contract extension at RB Leipzig till 2025. Knowing Leipzig’s transfer policy, they would never block a potential move if an opportunity arises. Any team signing Forsberg would be getting a quality playmaker and a versatile player. Forsberg who has been underrated for about three seasons now will look to move after Euro 2020, especially since there is so much competition for his position.

The 24-year-old Hungarian center-forward is a surprise package from the so-called group of death. Hungary were labeled the punching bags of the group. They proved to be anything but. Built on a solid defence, the Hungarians possessed a potent threat when going forward. In particular, Sallai was their constructor in chief. The Freiburg striker displayed his all-round game and flexed his traits as a modern forward. 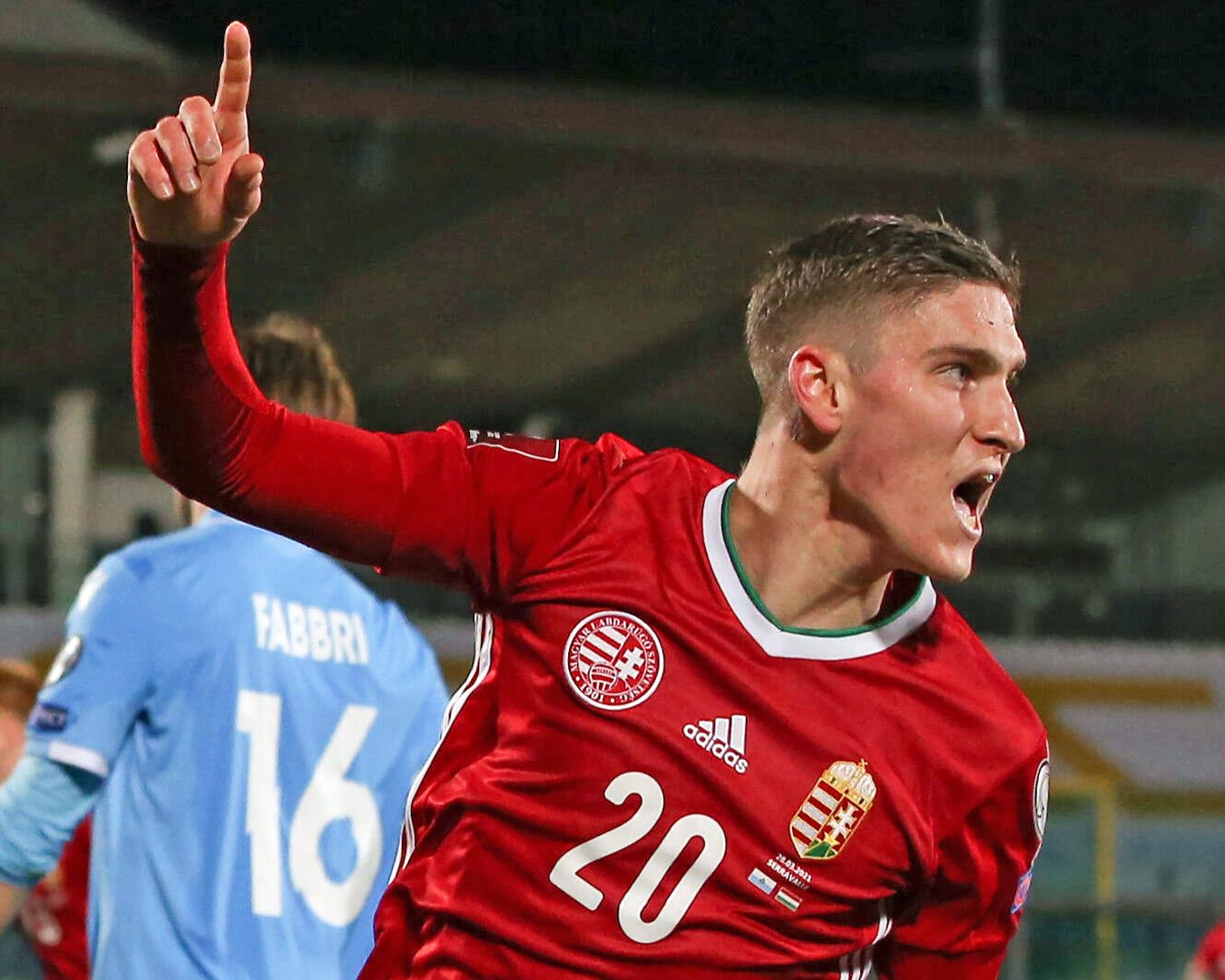 Sallai started all three of their games at the Euros in a strike-pair alongside senior statesman Adam Szalai. His ability to drop deep for linkup play or drift wide and drag the center-backs surprised the opposition defenders. Sallai created Hungary’s goal against France in a similar fashion. He drifted infield and flicked the ball upfield for a quick counter from Fiola. In the game against Germany, he drifted wide and put a delicious cross for his partner in crime Szalai to finish. Even without a goal to his name Sallai impressed everyone at the Euro 2020, and even though Hungary was knocked out in the first part of the tournament his exceptional performances did slip under the radar. The Hungarian underrated star would love to secure a move after Euro 2020.

Roland Sallai at the Euros (with a sample size caveat) https://t.co/ejc8z4B5Bl

Germany’s Bundesliga is becoming a talent factory for strikers. It might have quietly produced another one in Sallai and the world is ready to fight for him.