THE EXTENDED KNOCKOUT STAGE SINCE 2016 IS HAMPERING ATTRACTIVE FOOTBALL IN EURO 2020 AS THE LUCKY LOSERS ARE GETTING THEIR WAY.

UEFA made a major change in the tournament format ahead of Euro 2016. Rather than only the top two teams in a group qualifying for the real battle in the knockout stages, UEFA added more teams to the Round of 16 called the lucky losers so that the best third place teams from four groups can have a last chance to glory.

This was done as the number of qualifying teams was increased from 16 to 24, for the first time they had to make a round of 16 knockout stage as well. Although this seems a fair way to do things, it is affecting the quality of football we are seeing in the group stages in Euro 2020.

The teams that qualified for the Round of 16 of Euro 2020 as lucky losers are Switzerland, Ukraine, the Czech Republic and Portugal.

The basic motive behind group stages is to weed out the weaker teams so that the real title contenders can battle it out ahead. In the current format, even if you play horrible in all three games, you still have a shot at the title. To come in the top 3 out of just 4 teams, you only essentially need to avoid defeat. Teams do not go for the win and it is not even a contest anymore.

One can actually predict the team coming last in each group because the groups are drawn in that way. We agree that this gives an opportunity for the underdogs to survive a little longer in the competition but it promotes regressive defensive football even from sides who could do better.

Let’s take Euro 2016 as an example. Portugal, the champions of Euros, didn’t win a single game in the group stage. It’s not like they had a bad team and they struggled in their group stage games. They didn’t win a single game because they didn’t have to. Nothing drove the players to win because they were going through with a draw as well. Is that really the kind of football we fans are expecting to see at a stage like this?

Portugal didn’t have any motivation to give it their all because they were happy with a single point. Competitions like the Euros and the World Cup are supposed to be festivals of football because there is more at stake and you need to win but with the elongated knockout stage, a draw has become a positive result both in groups as well as from the Round of 16 onwards.

A SOMBER EURO 2020 BECAUSE OF THE LUCKY LOSERS

We can see the effects of this lucky losers syndrome in Euro 2020 as well. On the opening day. Italy played their match against Turkey, although it wasn’t much of a match. Italy won the game 3-0, completely dominating the whole game. Ever since the referee blew the whistle, the ball was in Turkey’s half.

They were not even trying to make something happen when they got the possession as they were simply hoofing the ball upfield. Their mentality was that they knew they were going to lose so they were just trying to lose by fewer goals so that they somehow finish in the top three with a decent goal difference. Turkey have the players to play better but they chose not to. 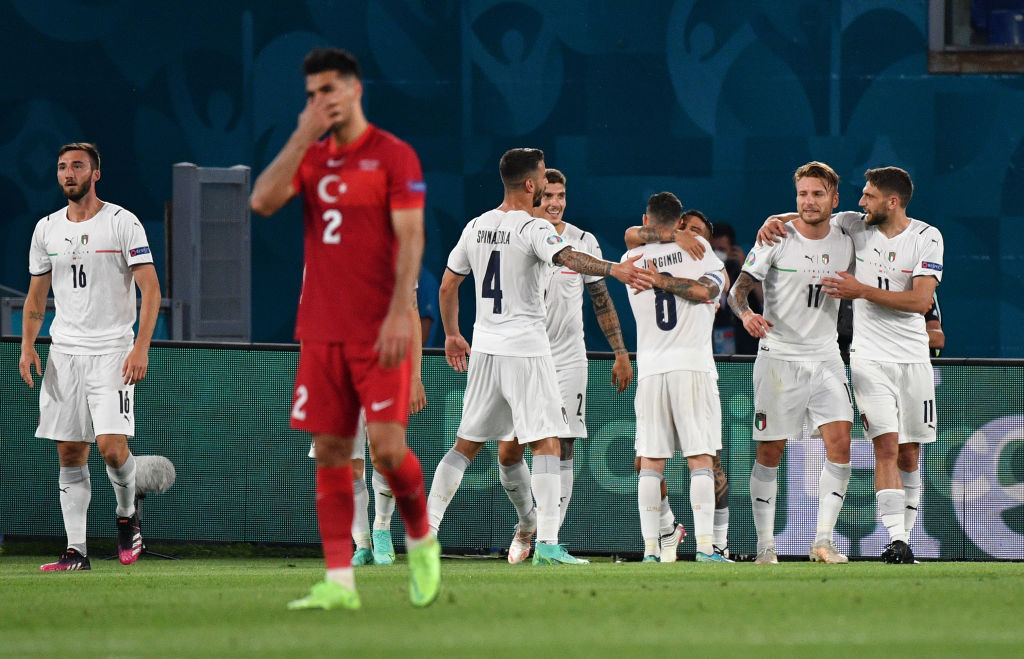 They had rather go for a draw or a decent loss rather than scoring against their opponents, what has happened to this sport. Their plan backfired as Italy proceeded to get a 2 goal lead and when Turkey started to push players to decrease the goal difference, they scored another. 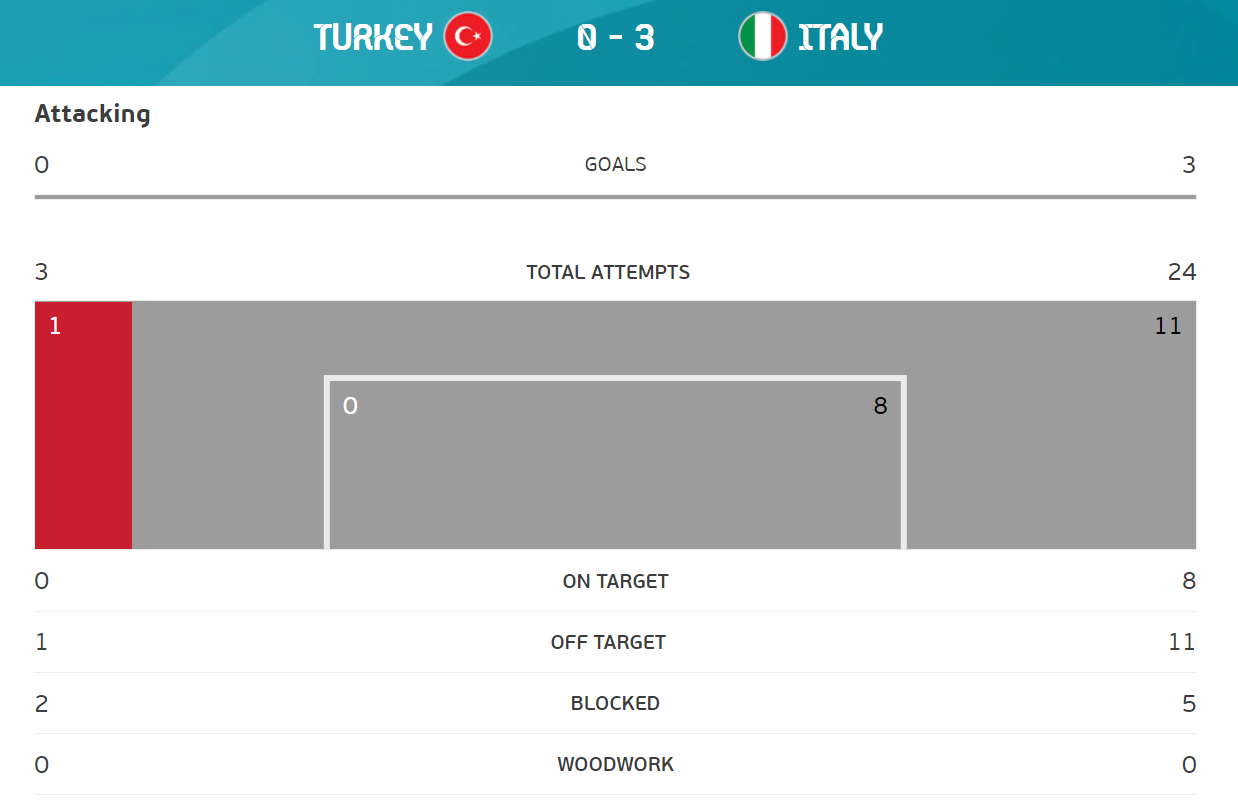 We saw something similar the next day in Wales vs Switzerland as Switzerland had the ball for the majority of the game whereas the Welsh players were just sitting back and blocking their shots. They knew that Turkey lost which means a draw would comparatively be a good start for them. As soon as Switzerland scored, Wales started pushing players forward and after taking a few chances they eventually scored but after that, they again continued to defend the rest of the game in their own half. 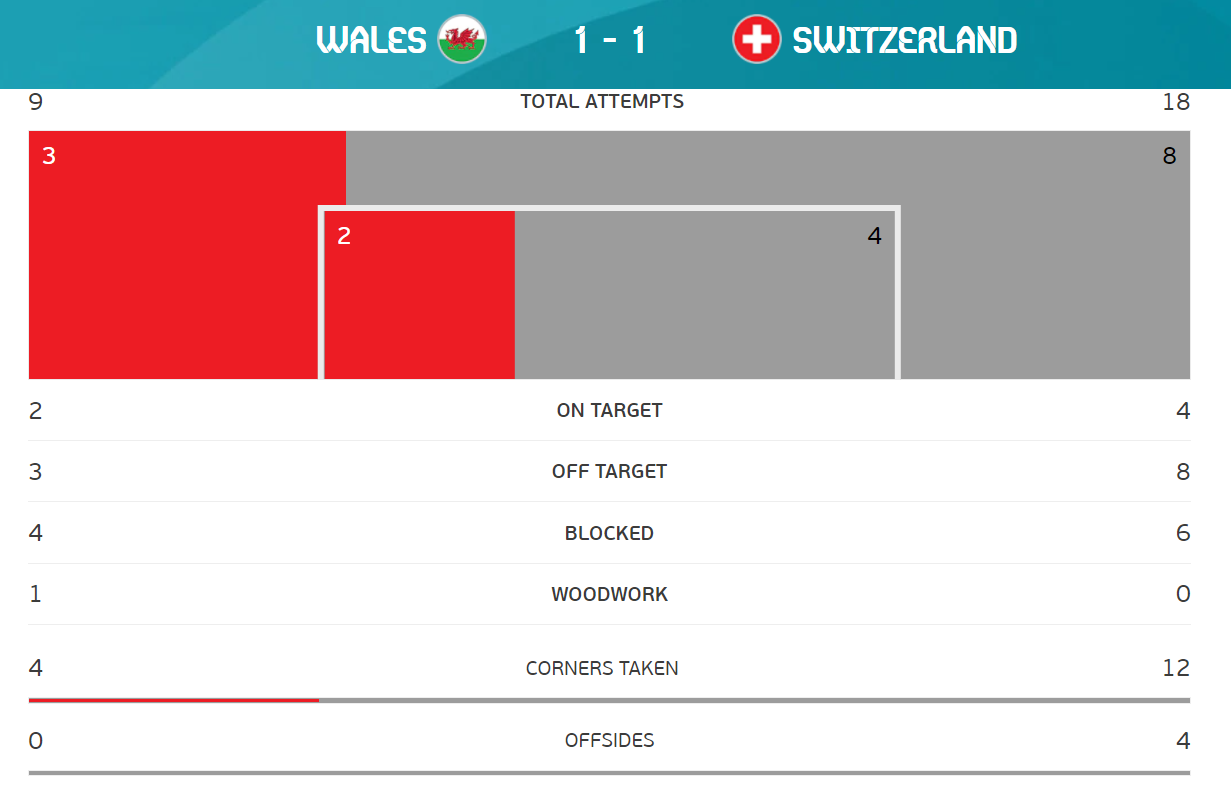 If they have the potential to score goals against their opponents then why can’t they just try and win the game. Think about what the supporters would feel after coming all the way to watch their country play just to see Dan James chase the other team’s right-winger towards his own goal.

We feel the new extended format of Euro 2020 is gravely affecting the quality of football we are seeing as the teams are aiming to become the lucky losers and are simply not giving their all to win the game. If this continues, we can assure you that we are in for a boring couple of weeks ahead.