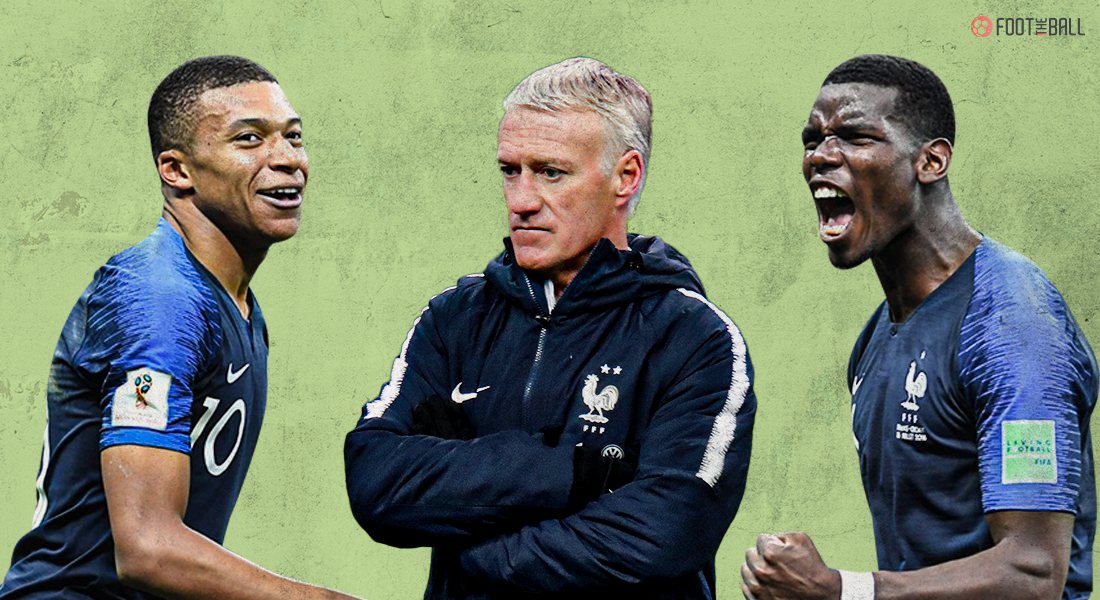 At the Euros this summer, France could very well have been looking to emulate the legendary Spain side of 2008-2012 in winning three consecutive major international trophies. However, an extra time Eder goal that crept under captain Hugo Lloris in 2016 means that Les Bleus go into the tournament just as defending World champions.

France have the best squad in the world in terms of both quality and quantity. They have at least two world class players in each position and almost all of them come into the Euros in good form.

Paul Pogba is sparkling as brightly as he has in his career. Antoine Griezmann has settled in and found his shooting boots in his second season at Barcelona. Kurt Zouma and Presnel Kimpembe have played important roles in their respective sides’ progression to the Champions League semi-finals.

France have an exciting crop of young players coming through who can be the trump card lest sides figure out how to play against their many stars. They have a solid foundation and their core of 2018’s winners is still intact and arguably more in their prime now. Ominous signs for all opponents.

WHO IS FRANCE’S MANAGER

Didier Deschamps became just the third man after Mario Zagallo and Franz Beckenbauer to win the World Cup both as a player and a manager when his French side triumphed in 2018. He is a widely experienced and successful manager and has converted France into a cohesive unit.

3 – France’s success in 2018 meant Didier Deschamps became only the third person in FIFA World Cup history to win the competition as both a player (1998) and a manager (2018), following in the footsteps of Brazilian Mario Zagallo & German Franz Beckenbauer. Greats. #OptaWCYears pic.twitter.com/AYIGe8TOqb

Despite the attacking riches at his disposal, Deschamps has given the highest importance to the defence. France prefer to play a fast counter-attacking brand of football with Pogba pulling the strings, supplying the likes of Kylian Mbappe and Griezmann.

Deschamp’s decision to recall Karim Benzema is an interesting one, given his tendency to stick to a tried and tested formula. Benzema, though, adds more than he takes away and his inclusion makes France’s squad that much scary.

France have a very stable squad and a very stable playing eleven. However, Didier Deschamps does tend to fluctuate between a 4-4-2 and a 4-3-3. The choice of formation will most likely decide whether they go with a more attacking presence on the wing like Kingsley Coman or Ousmane Dembele or someone with more defensive nous like Thomas Lemar. Injuries barring, France will go into the tournament with their best eleven fixed.

A difficult decision but even amongst France’s esteemed squad, Kylian Mbappe is head and shoulders above the rest. The PSG forward was already the best player at the World Cup in 2018, even if the award went to Luka Modric. He will once again be France’s figurehead at the Euros. 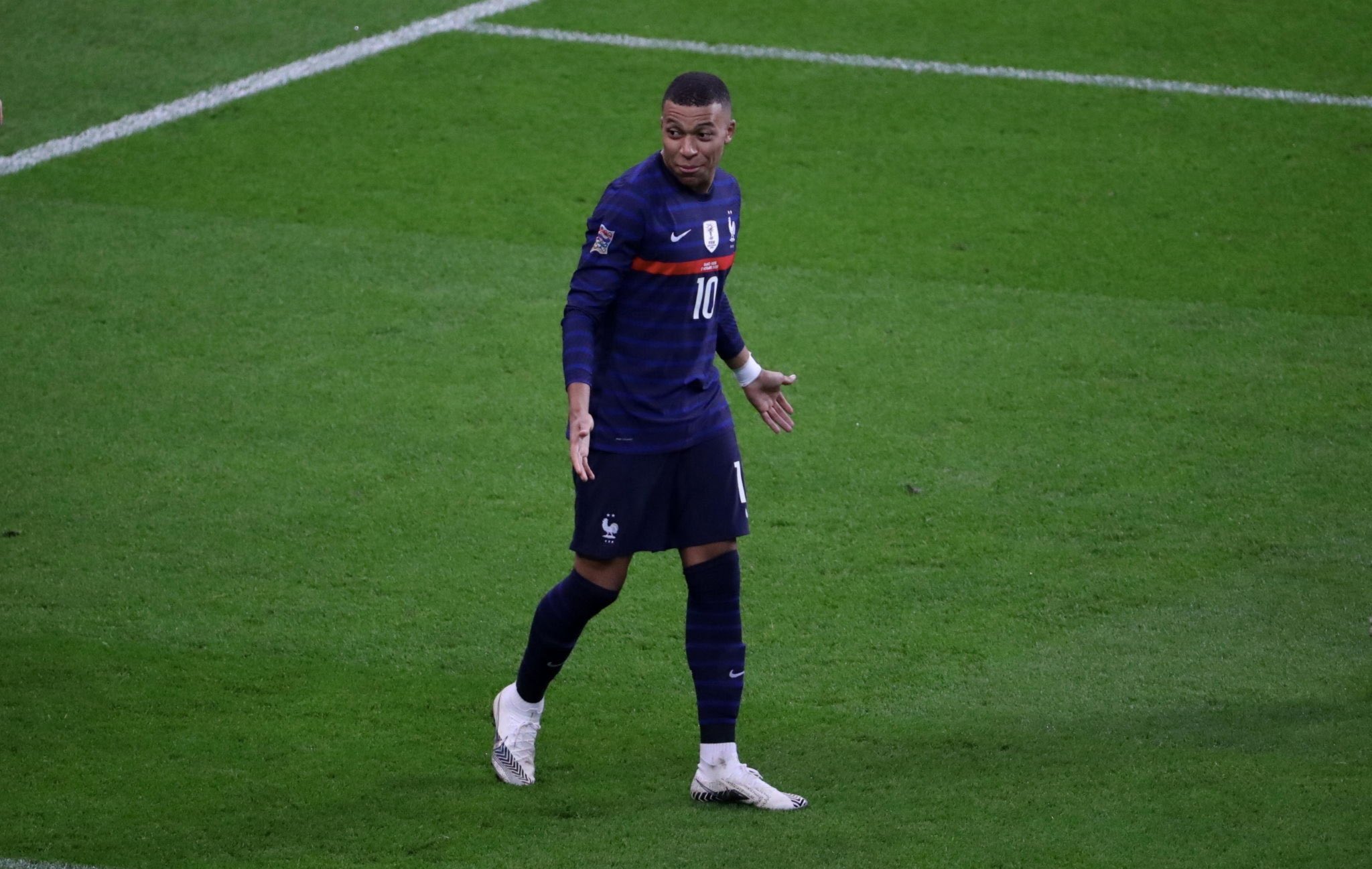 Mbappe has been in exceptional form this season, scoring 37 goals and assisting a further 10 in all competitions. His performance against Barcelona in the Champions League was testament to his skills when he single-handedly tore apart the Spanish giants. If he gets the proper service, there is no stopping Mbappe.

Jules Kounde is amongst the most exciting talents on the continent and he has been linked with clubs all over Europe, including Manchester United and Real Madrid. He is yet to make his debut for the national team but Kounde’s performances at Sevilla have earned him a call-up for the Euro campaign.

Despite a short stature, Kounde is aerially strong. His biggest asset is his ball-playing and pace in recovery. Raphael Varane has been injury prone this season but the Seville defender is a more than able replacement. A strong showing at the Euros and his valuation may just go up a few million pounds.

France have won the Euros twice. In 1984, when Michel Platini scored a record nine goals in five games to inspire his side to the trophy and in 2000, when David Trezeguet’s extra time golden goal in the final edged out Italy.

9 – Michel Platini holds the record for the most goals scored in a UEFA EURO finals competition, helping France to the 1984 title with nine goals. King. #100DaysToGo #EURO2020 pic.twitter.com/K6tM5AeNYo

Since their 2010 World Cup debacle, France have consistently featured in the knockout rounds in international tournaments this past decade. They converted their promise into output in 2018 although haven’t managed to do the same in the Nations League so far.

France’s sternest test at the Euros will be their group stage. They have been drawn with  fellow heavyweights Portugal and Germany in Group F along with Hungary who are not going to be pushovers. Portugal have an exceptional squad while Germany almost always turn up at the big stage. However, one would expect France to still overcome the group even if they have some difficulty in doing so.

FootTheBall predicts that France will reach the final at the very least. They are our outright favourites to lift the trophy come July 11th.