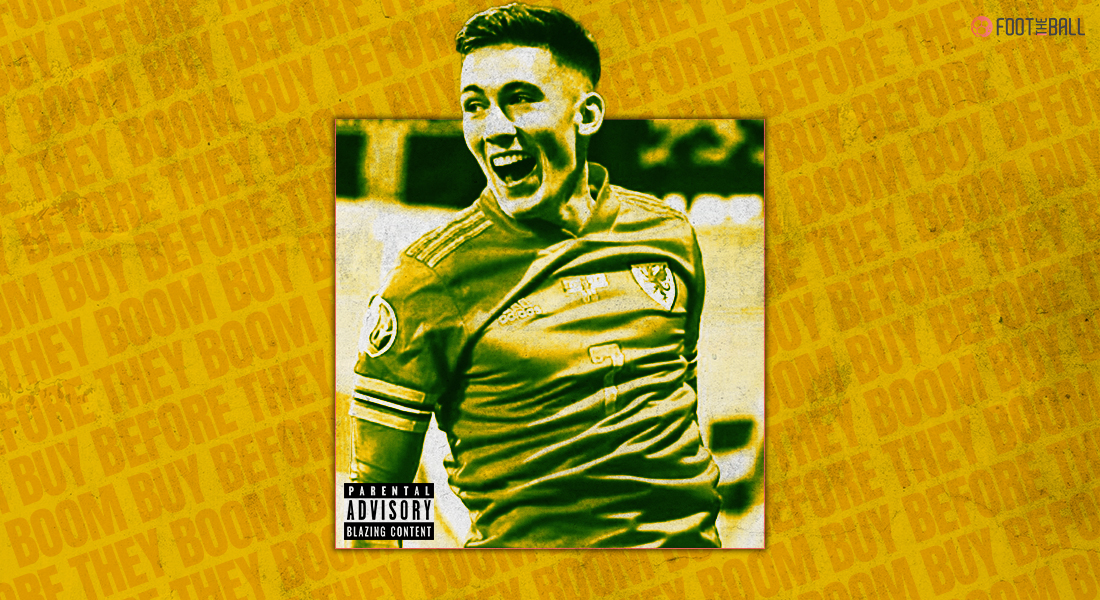 An exciting summer of world-class football is inching closer with every passing hour. The summer of Euro 2020 is looming large and with the stage ready, it’s time for the protagonists to take their places. With the perfect opportunity to showcase their abilities, the world witnesses a brand-new talent.Harry Wilson of Wales is one such player.

Players go from saplings to trees in these competitions announcing themselves in front of the footballing world. From an underdog to a major star, it’s the start of the roller-coaster journey for many players.

FootTheBall takes a look at those under-the-radar players who can deliver A-plus performances week in and week out for their national teams. The scouts will be keeping a close eye on these “Buy Before they Boom” players whose raw talent can be explored by world-class teams.

The Wales national team has produced some of the world’s greatest names like Gareth Bale and Aaron Ramsey and is still manufacturing some star-studded team sheets. A name that can take the Euros by storm is their young midfield-magician, Harry Wilson.

WHO IS HARRY WILSON?

Welsh football’s newest attacking titan, Harry Wilson burst onto the scene when he represented his national outfit at the mere age of 16. A brilliant right-winger, Wilson was first scouted by Premier League giants, Liverpool. A product of their youth academy, Wilson gradually started to find his way to Anfield.

An intelligent attacking player, Wilson is a poacher in front of a goal. His outstanding performances for the Reds’ youth teams soon earned him an international cap.

Gareth Bale, the Welsh grandmaster paved the way for Harry Wilson when the latter earned his first international cap. Ironically, Wilson broke Bale’s record to be crowned the youngest player in the history of the Dragons.

Currently donning The Bluebirds’ jersey, Wilson is pivotal to Cardiff’s attack. Scoring 7 goals and delivering 12 assists, Wilson is the man who lead the charge for the Welsh club as they looked to earn a spot in the Premier League.

A name synonymous with versatility, Wilson can adapt to different positions on the pitch. A right-winger by nature, he could fill in the hole of a striker or a left-winger. With Wales adopting a 4-3-3 or 3-4-3 policy, Wilson can be deemed a crucial player for Wales.

Wilson has netted 3 goals from the attacking midfielder position, 3 from the right-winger role and one goal while playing as the right-midfielder.

Wilson, though swift and aggressive, frequently employs deception and trickery to outwit his opponent. Wilson has been shaped by Liverpool trainers throughout the years, which explains why he performs at quite a particular intensity all of the time. As evidenced by the fact that he was able to score past different Championship goalkeepers, he was able to seal off the central feeding path constantly. Wilson offers his side the greatest opportunity of regaining possession higher up the field, where he can launch his assault.

Stretching out deep, Harry Wilson has the knack of escaping behind his rival number, fooling the defender. His volatility allows him to thrive as a playmaker as well as a finisher, since his randomness draws opponents out of the game, freeing up openings for his teammates.

Majestic long-range shooting ability, exquisite passing abilities, and the habit of serving perfect assists, Wilson is a household name in Wales. A stint at Bournemouth enabled him to showcase his talents on England’s biggest platform. 7 goals in 31 appearances for the Cherries, he was pivotal in Eddie Howe’s success in the Premier League.

Wilson’s initial contact with the ball can be a little too hefty at points causing problems for the youngster, his deadly abilities in front of the goal make up for his little issues. Lastly, Wilson is not physically blessed, a 5’8’’ striker, aerial duels might be an area of concern for the Welshman.

Wilson’s versatility allows him to apply his speed to a variety of places on the vanguard. Prominently producing his magic in the middle of the park, the Welshman’s eagerness and offensive vision has undoubtedly improved. Wilson is constantly looking for little openings behind defenders before bursting towards the target.

More of this for the run-in 🔥

The best of @harrywilson_ so far this season 🙌#afcb 🍒 pic.twitter.com/Kfk04Bwcro

A home-grown Reds player, Wilson has established a name in the Championship. Juggling between the different competitions in England, the winger has gone from strength-to-strength showcasing his class in Britain. With the stage ready, Wilson could be another dragon looking to announce his arrival. Wilson’s greatest asset is his versatility; it’s hard to assign him exclusively to a single role because, particularly a winger at the Reds, he’s virtually always a supplementary attacker for Cardiff City.

Wilson is also extremely attentive to his partners, as the majority of his squad’s offensive movement is directed via him, who frequently employs deft flips and passes to break down opponents.

Lastly, the youngster’s ability and vision could earn him a name this summer. With Gareth Bale and Daniel James leading the charge for the team in red and white, Wilson has the perfect opportunity to serve perfect balls for his strikers. The cheeky Welshman could himself sneak in behind defenders and score some thunderous goals in Europe’s biggest football carnival.

A definite starter at the Dragons, Wilson has established a perfect partnership with Red Devils winger, Dan James and Spurs legend Gareth Bale. With Bale in elite touch and James being a pivotal part of Wales’ game plan, Wilson could sneak into the starting eleven.

With world-class adaptability, Wilson could be Wales’ leading man or could switch positions with veteran, Gareth Bale. A threat with set-pieces, Harry Wilson can dart across from the outside to blast the crosses into the box. With the Euros inching closer, Wilson’s dream opportunity has come knocking on the Welshman’s door.

5 goals for his international outfit in just a handful of appearances, Wilson’s goal-tally could increase. Wales will be looking to replicate their Euro 2016 fairytale run and jump the semi-final hurdle. Outstanding performance on Europe’s biggest platform could see a big-money move soon happening for the 24-year-old.

If Harry Wilson has an outstanding summer for the Dragons, a big-money move could be on the cards. A player who could play as a striker while operating beautifully in the centre, Wilson’s name could earn interest from major clubs in Europe.

With the Welshman lacking minutes at Anfield, a move away from the Reds is almost inevitable. His loan period with the Bluebirds has come to a close and he’ll once again fight with the likes of Sadio Mane and Diogo Jota to earn a place in Klopp’s Reds army. The above-mentioned names are mammoths of the footballing world and it’s impossible that they’ll lose their place to Wilson.

Undoubtedly the Welshman will look for a new home where he could get minutes up his sleeve to manifest his outstanding talent.

A team that would want to bid for the youngster is Brendan Rodgers’ Leicester City. Numerous injuries for the Foxes and the unavailability of Jamie Vardy’s secondary once again cost the 2015/16 Premier League winners this season. The addition of Wilson will give some breathing space to the attacking duo of Vardy and Iheanacho. Off the bench, he could be a constant goal-scorer at the King Power stadium.

Offers could pour in from Italy as well with Italian giants, AC Milan being the perfect fit for Wilson. Combined with Zlatan and Diaz, Milan’s roster would look unbeatable if Wilson makes it to the starting eleven. The absence of an attacking-minded midfielder has proved troublesome for the Rossoneri. The challengers this season will look to earn the crown of conquerors next campaign and Wilson could lead the charge for the Italians.