Defending champions Portugal are set to face hosts Hungary in their opening game of the 2020 UEFA European Championship, in what looks like a clash between a minnow and a giant, on Tuesday at the Ferenc Puskas Stadium in Budapest.

📸🖼 The team that plays for us 𝐀𝐋𝐋! Let's do this, #TeamPortugal! 🇵🇹 #EURO2020 pic.twitter.com/77fCbzxPkY

The Magyars come into this game after a workmanlike performance in their 1-0 win over Cyprus in their first warmup game leading into the big tournament while their defensive display against Ireland in the second warmup game was praised heavily in the media.

In the five games that Hungary have played in 2021, they have not lost, winning three and drawing two, which includes a 3-3 thriller against Poland in the World Cup qualifiers, held in March.

After their dull, 0-0 draw against Spain in the first warmup friendly, Portugal came out all guns blazing in their 4-0 win against Israel in the second warmup game, with their captain getting on the scoresheet finally.

Both teams have got ample time for resting in between matches and are certain to be up for the contest, which can make or break their campaign for the upcoming weeks.

Hungary go into the Euros without their star player, Dominik Szoboszlai, who was responsible for their qualification in the first place. Although he was named in the preliminary squad, Szoboszlai withdrew after the recurring of his adductor issue. Other than him, there are no issues for manager Marco Rossi going into the first game. Dominik Szoboszlai will be a huge miss for the Magyars. (Image Courtesy: UEFA / Website)

Similar to Hungary, Portugal will go into the first game with a full squad of 26 players. And manager Fernando Santos will have a huge dilemma in the selection of his attackers. Such is the depth of talents in the attacking spots for the Selecao. 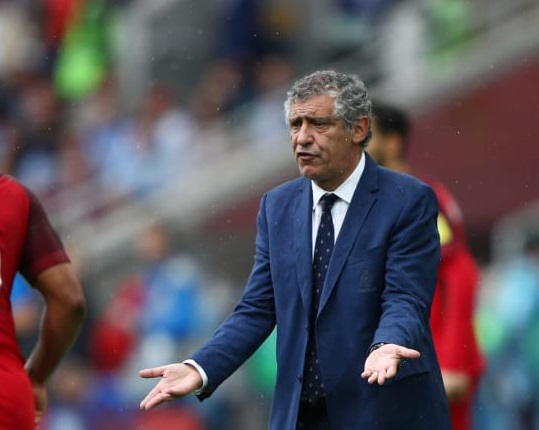 With Szoboszalai out of the tournament, the responsibility of the team falls on their captain, Adam Szalai. The 33-year-old who played for the Real Madrid Castilla and is now currently playing in the Bundesliga for Mainz has scored 23 goals in 70 games for the country. Adam Szalai will have to shoulder the majority of responsibilities after Szoboszlai’s withdrawal. (Image Courtesy: UEFA / Website)

Peter Gulacsi too, will have to play a key role in the game against Portugal as he is one of few in the Hungary squad to have had the experience of top-level European football.

For the Selecao, it will always be Cristiano Ronaldo until he retires. After another season of topping the goal charts in the league he has played in, Ronaldo finished the season, winning the attacker of the season award in the Serie A but lost out on the title to Inter Milan. 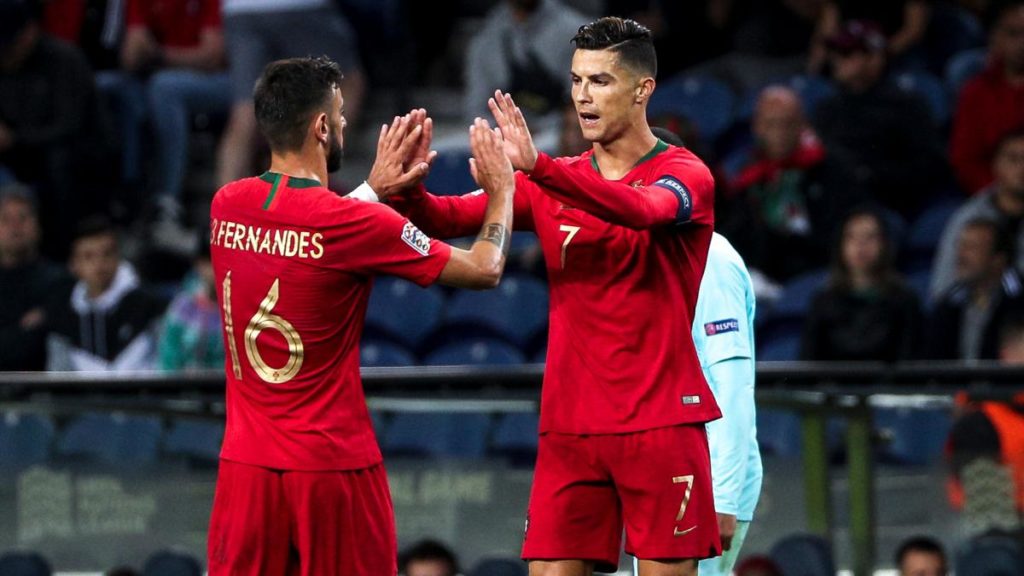 Although the team is filled with superstars, Ronaldo and Fernandes will be their main players in terms of winning the games and tournament for Portugal. (Image Courtesy: AS / Website)

Apart from Ronaldo, Bruno Fernandes will also have lots of responsibilities after his record-breaking 18 months with Manchester United as he is expected to contribute positively in each and every game.

With both squads in such good form leading up to the main tournament, it would a difficult task to predict a winner among the two. Portugal will bank on their talismanic captain and the creative force behind him but Hungary might just defend for the whole game and pounce at a half-chance on the counter-attack, hence, FootTheBall says, Hungary 1-4 Portugal.