STOCK UP AND STOCK DOWN: ANALYSING THE BEST AND WORST PLAYERS FROM NETHERLANDS VS CZECH REPUBLIC IN THE ROUND OF 16 OF EURO 2020

The Czech Republic march onto the Quarter Finals as they beat the Netherlands in a 2-0 win in their Round of 16 fixture of Euro 2020. Everybody loves it when the underdog wins and that is exactly what has happened in Budapest today. The Czech Republic worked harder for the win and they got what they deserved.

FootTheBall brings you 2 players that played really well and had a positive impact on the game as well. We also bring you, 2 players, on the pitch who didn’t live up to the expectations and simply had a bad day all around.

Although the Netherlands didn’t score a single goal in the 90, it doesn’t change the fact was Denzel Dumfries gave his best on the pitch just as he has been doing all tournament. He made some good runs with the ball o the right flanks pushing the ball ahead from the backline to the final third.

He also placed a couple of balls inside the box but couldn’t find anyone in there to finish it in the net. Other than his attacking performance, Dumfries also carried out his defensive duties responsibly. He made a few good tackles and is the reason why the Czechs mainly attacked the other side of the pitch. Dumfries has had an amazing tournament and it is a shame we are not going to see more of him in Euro 2020.

Tomas Holes has come out of nowhere and become a star for the Czech Republic stars throughout the world. He had a decent first half and made some good passes in the midfield.

The game was played in the central half of the pitch for the majority of the time and Holes’ passing game helped the Czechs control the game. He scored the opening goal of the game after he fooled his marker and found an opening for himself and headed the ball in.

Soon after scoring his goal, he made a darting run through the heart of the Dutch defence and soon as he got the ball, played a beautiful through ball for Patrick Schick to finish. With a goal and an assist, Tomas Holes has just turned himself into a national hero. 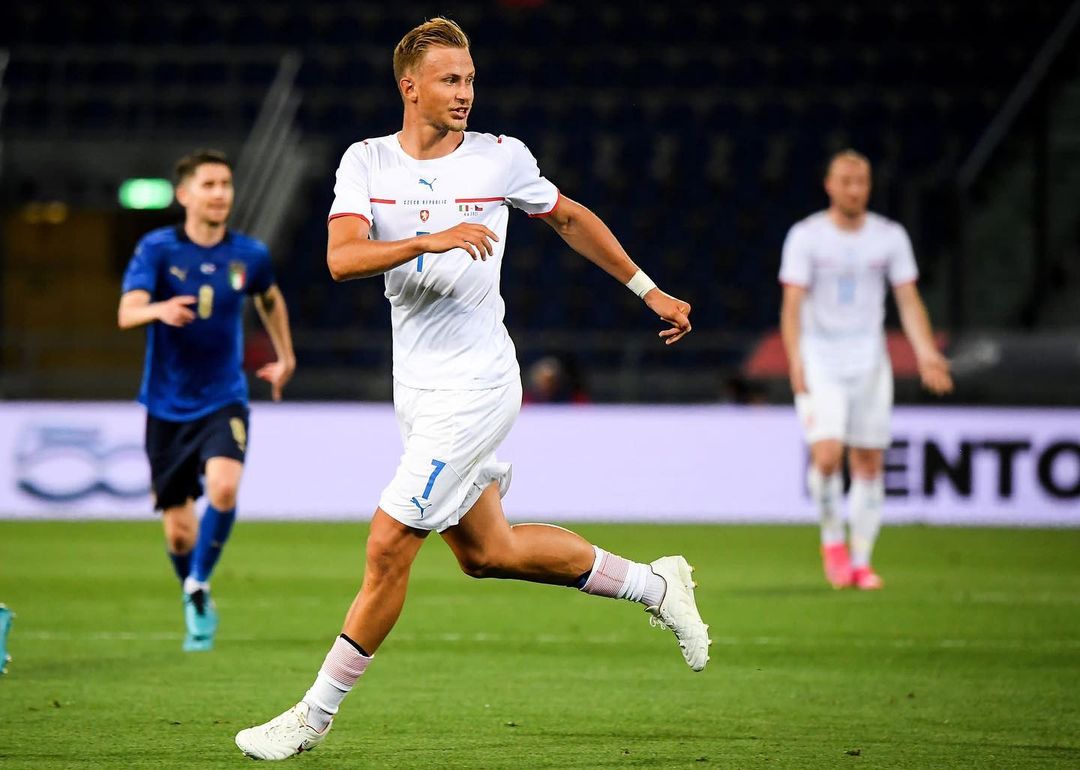 Although Czech Republic had a comfortable win, Antonin Barak’s performance was highly sub-par. He is the attacking central midfielder for his team, which is one of the most important positions on the pitch. He had an easy goal-scoring opportunity in the first half but fired the ball into the stands instead.

An early goal could have done wonders for the Czechs but in the end, it turned out great for them. He again had a similar opportunity during the dying minutes of the game, but still couldn’t do any damage.

The counterattack always died as soon as he got the ball as he wasn’t really his usual sharp self. He would be disappointed with his performance and would be hoping he could do a lot better against Denmark in the Quarter Finals.

Did de Ligt deserve red for this handball?#NEDCZE // #EURO2020 pic.twitter.com/7shMMJinzq

De Ligt received a red card on the 55th minute of the game and things might have turned out different for the Netherlands if it wasn’t for the young Dutchmans naivety. He tripped all by himself when Patrick Shick was right behind him in front of the goal and to make matters worse, he pushed the ball with his hand to stop the attack.

It was clearly an avoidable thing to do since losing their main Centre-Back did a lot of damage to the Netherlands. Since then there was a big hole in their defence and the Czech Republic did exceptionally well to exploit that. According to us, the stupid decision by De Ligt has cost the Netherlands a shot at winning Euro 2020.