ONE FOR THE HISTORY BOOKS 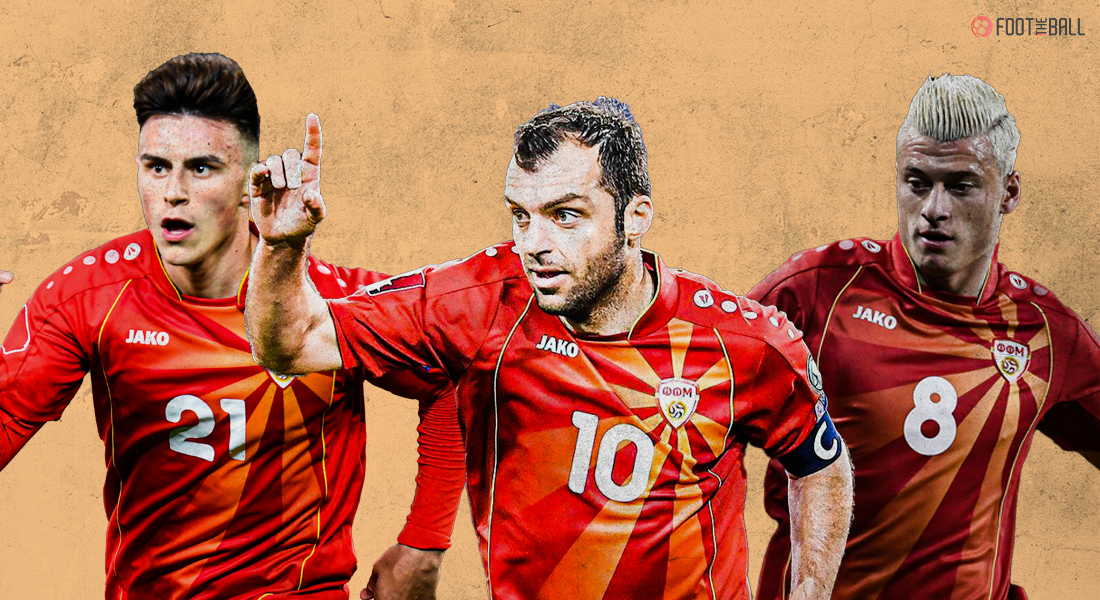 2020 was a historic year for many, many reasons. But for a certain country, it was history-making for a different kind and on a different stage. North Macedonia, a nation that only began playing football after the collapse of the Soviet Union, qualified for their first major international tournament when they booked their place at this summer’s Euro 2020.

Having taken first place in their group at the inaugural UEFA Nations League in 2018/19, North Macedonia made the playoffs for the Euros. Their 2-1 win over fellow dreamers Kosovo put them within a game’s reach of their goal. 37-year-old national icon Goran Pandev’s 56th minute strike against Georgia sealed their place in the competition.

With Pandev still going very strong, and a well-coached side, North Macedonia will be gunning to impress at the continent’s biggest stage.

WHO IS NORTH MACEDONIA’S MANAGER?

A national-league winning coach, Igor Angelovski has been in charge of the team since 2015 having served as assistant coach. His appointment coincided with the return of national superstar Goran Pandev whose lone goal in the win against Israel in 2017 was their first over the nation.

The results have improved a lot since then, as along with their Euro qualification, they also are second in their 2022 World Cup qualifying group with two wins in three games. The second of those wins and their last international match was a historic 2-1 win over 2014 winners Germany handing Die Mannschaft their first qualification defeat since 2001.

Angelovski has used a variety of formations over the past year including 3-5-2, 3-4-2-1 and 4-3-2-1, so it is a hard guess what will end up being his final choice. But with the 3-5-2 yielding successful results in their last two matches, he might be tempted to begin the tournament with that one.

With Macedonia being a very much a settled side, the only wrinkle might come who partners Pandev up front. Both Trajkovski and Nestorovski have been used there and the final call will likely be done as the match day gets near.

There are no two ways about it- Goran Pandev is the undisputed star of this team. The veteran striker, who won the treble with Inter Milan in 2009/10, is the all-time leader in both caps and goals at 117 and 37 respectively. Having spent the bulk of his career in Serie A, he recently became the first Macedonian to score 100 goals in any of Europe’s top-five leagues.

Internationally, apart from the history-making goal against Georgia, Pandev has scored crucial goals time and again over his almost two decade long association with the team. He scored the opening goal in their defeat of Germany as well and there’s no doubt that Angelovski will rely on him heavily as they take on the best that Europe has to offer.

Napoli man Eljif Elmas has become a regular for the national side since making his debut as a 17-year-old in 2017. Now 21, the midfielder has been involved with the Italian club for more than 50 matches over the past two seasons. He is known for his creative distribution, attacking sense and linking up with the strikers in front of him.

His importance to the national team has grown in leaps and bounds as evidenced by the fact that he has more goals for North Macedonia than his club. He also scored the winning goal against Germany which has only further enhanced his reputation as one of the young players to keep a keen eye on in this tournament.

Their path to the championship has been a long winded one through the UEFA Nations League in 2019. As this is their debut, what the team offers up on the global stage will be a matter of much intrigue and excitement as the limelight turns on the Balkan nation.

North Macedonia have been drawn against Austria, Ukraine and Euro 1988 winners Netherlands who missed the last edition. With high-profile players across the board, Pandev and co. will have to be on their guard from day one if they want to have a chance at making it to the knock-out stages.

With a squad inexperienced in big tournaments and the quality of their other group members, the going can get really tough really soon for Angelovski and North Macedonia. FootTheBall predicts a group-stage exit for the debutants.