CZECHS START OFF WITH A BANG 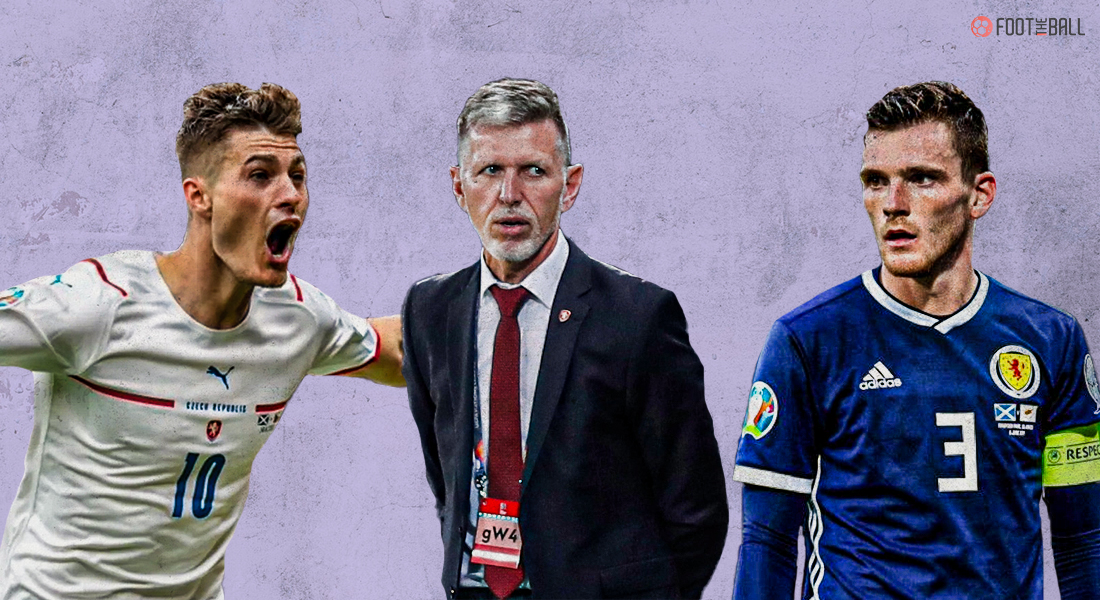 A Patrick Schick double fired Czech Republic into a 2-0 win against Scotland in their opening game of the UEFA European Championship in Glasgow on Monday. Played in front a crowd of 12,000 at the Hampden Park, it was an exhilarating game from both sides, with Schick’s quality being the differentiator.

⏱️ GET IN! A perfect start to the tournament! #SCO 🆚 #CZE #EURO2020 pic.twitter.com/htAM3ckeLb

The first half was end-to-end as Scotland captain Andy Robertson started off in his usual fashion, pressing the Czech side high up the pitch before the ball being cleared by the opposition defenders. The Czech took time to respond they were the first to have a clear chance at the goal after Jakub Jantko cross was headed just wide of the post by Schick.

Ryan Christie was particularly brilliant in the first half for the Scots as he tormented the opposition defence with his blistering runs on the counter but was unfortunate to get nothing out of those. And as the game was going towards the break, Schick popped up the highest and headed Vladimir Coufal perfect into the corner of the goal, giving his side a valuable lead before half-time. 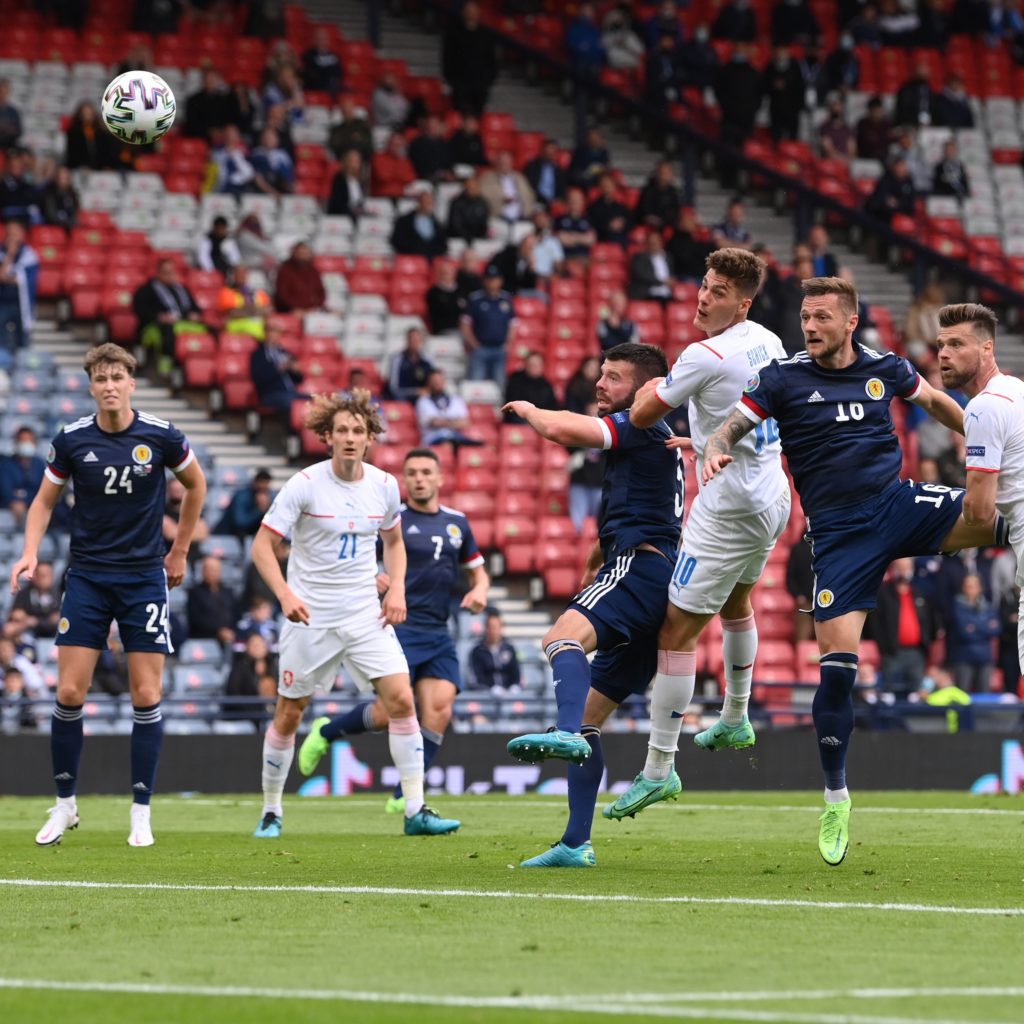 The first 45 ended with a penalty shout when Scott McTominay was bought down after his lung-bursting run from midfield after a poor clearance by the Czech defence.

In the second half, the Czechs started off brightly, with Scotland’s keeper David Marshall forced into two saves in quick succession, first from Schick and the second one from Vladimir Darida. Then came up Patrick Schick with an outrageous goal, which probably will go on to win the goal of the tournament award.

Jack Hendry’s shot from distance was blocked which fell to the feet of Schick who romped forward a beautiful curler from the halfway line which ended up in the goal as Marshall was miles off his goal-line. Scotland tried very hard to find the two goals, one of the shots even hitting the crossbar but were to no avail as the Czechs went ahead to pick up their win.

When compared to the quality shown by Patrick Schick in the scoring of goals, it was quite the opposite from the Scottish players as they were very poor in their finishing in front of the goal. Out of their 19 shots on goal, only four were on target, showing their inefficiency in finishing off the chances created. 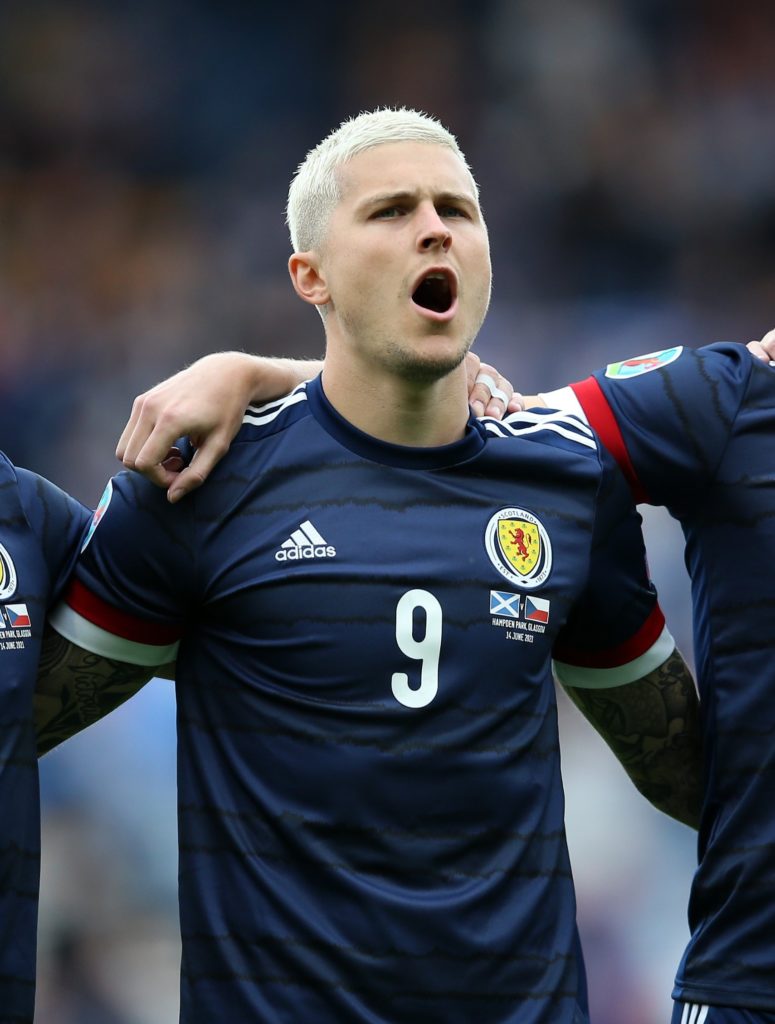 Lyndon Dykes was poor in front of the goal for Scotland against the Czech Republic. (Image Courtesy: UEFA Euro 2020 / Twitter)

Although one of their attempts hit the crossbar and Czech Republic’s goalkeeper Tomáš Vaclík was having a great game, Scotland were very poor in converting their chances, particularly Lyndon Dykes, who could have, twice, bought the game back for his side and set up a pulsating end to the match.

Although the game ended 2-0 in favour of the Czech Republic, David Marshall of Scotland, along with Tomas Vaclik, had a great game in terms of their shot-stopping.

Apart from the two goals scored by Patrick Schick, which were of pure quality and him being let down by his defence, Marshall ended up with 5 saves, all of which were crucial as the Czech could have romped to an unassailable lead. Particularly, his two saves in quick succession in the opening minute of the second half kept Scotland in the game but he was not able to parry Schick’s shot from the halfway line.

Tomas Vaclik, however, was Czech Republic’s best player on the pitch after Patrick Schick, and his performance can be seen as one of major reasons why his side can go into the changing room with smiles on their faces. 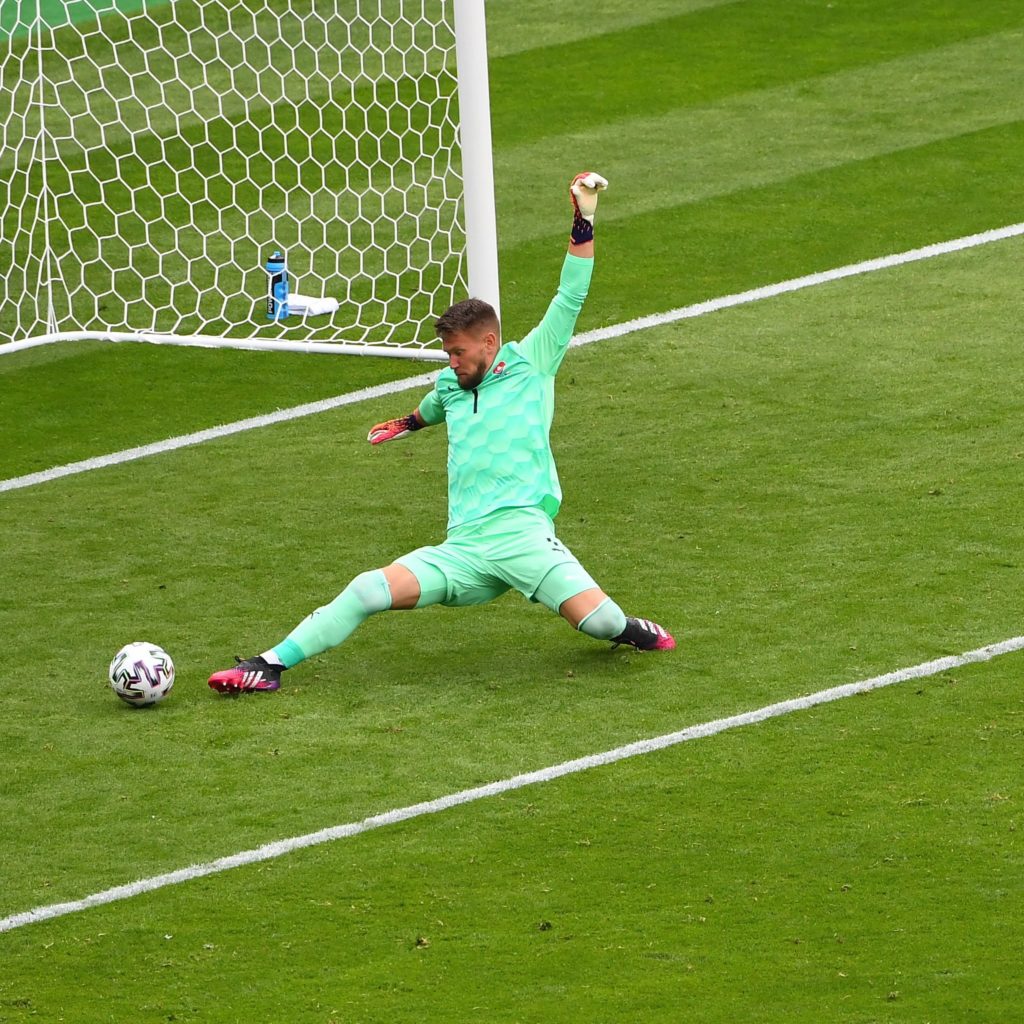 Similar to Scotland, the Czech defence were way too open from the beginning, and they can feel lucky that no goals were scored, due to Scotland’s awful finishing alongside Vaclik’s superb display. His save against Dykes’ shot in the 66th minute was one of the highlights, stretching his right leg to push the ball away for his defender to clear. A truly big-game performance.

CAN THE SCOTS TURN UP AGAINST ENGLAND?

Scotland would have hoped to win this game and go into their next game against rivals, England, with renewed confidence. But, with the result having not gone their way, manager Steve Clarke and the players will have to pick up the positives and put away the disappointment from Monday in order to get a result against the Three Lions. 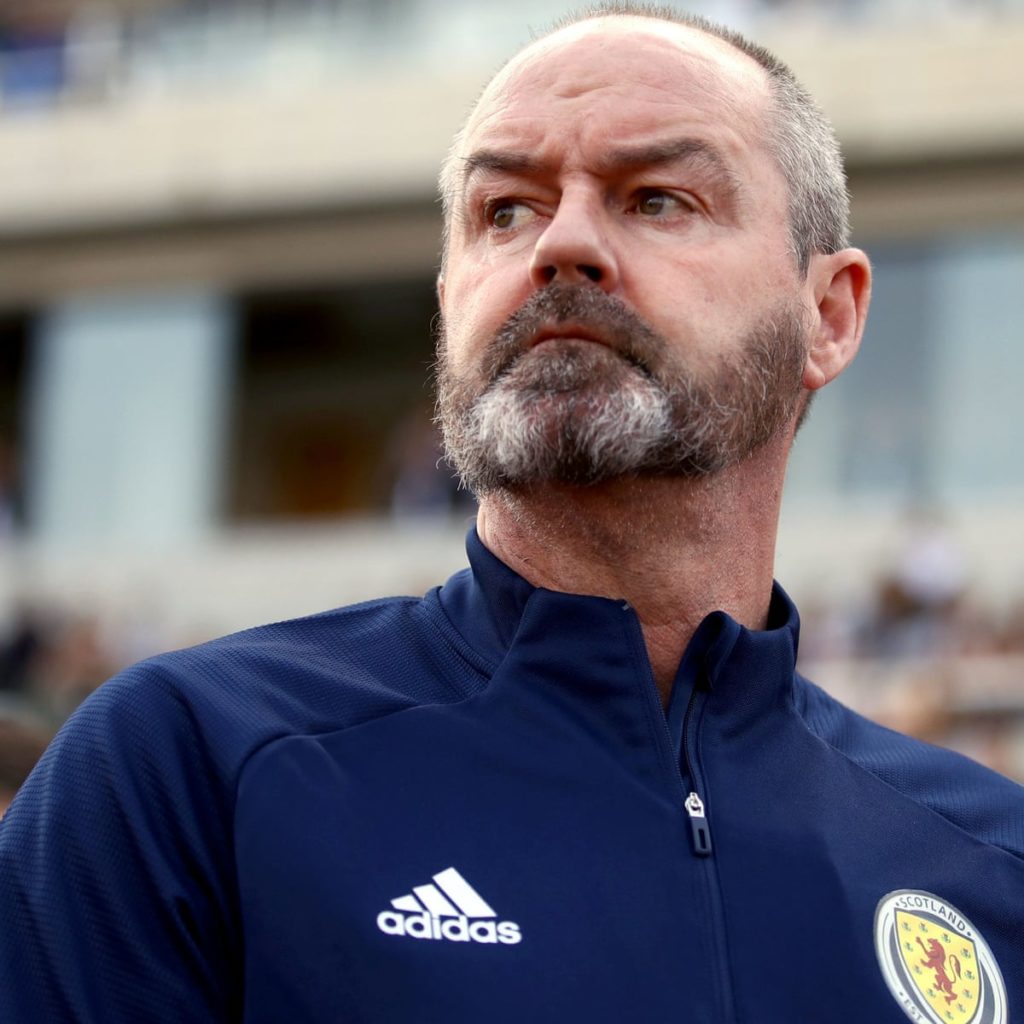 With England picking up three points against Croatia after a 1-0 win on Sunday, Scotland will have to stop them if they want to finish in the top two of their group. For that to happen, they will need to shore up their defence and improve their finishing massively, as England with their plethora of finely talented and skilful players can take away the game before the Scots can even realise.