A GOAL-FEST IN RUSSIA 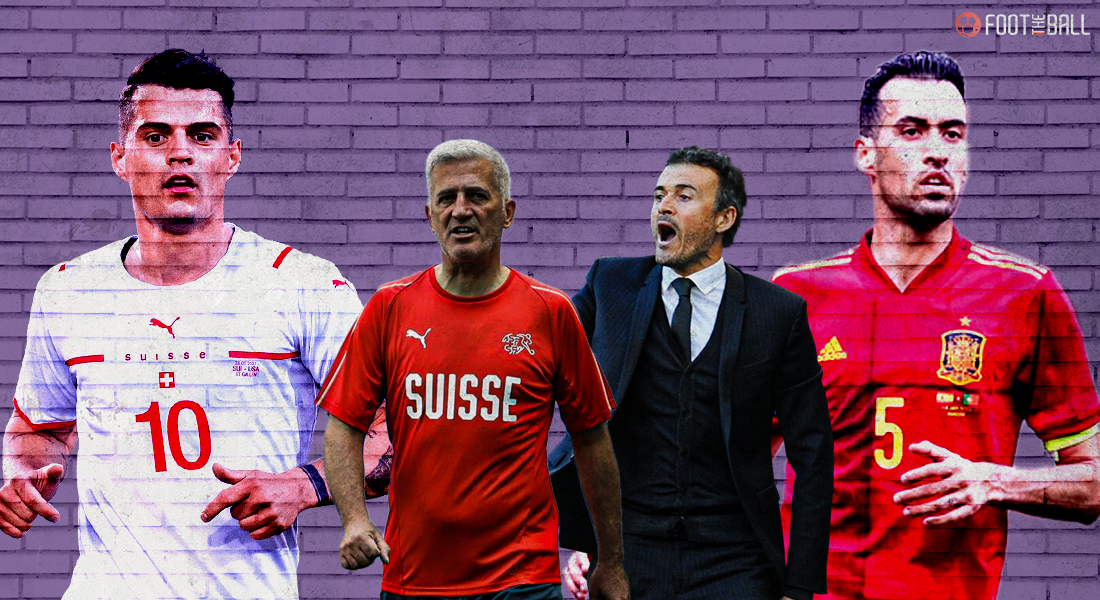 There is nothing better than an international tournament’s knockouts and nothing explains it better than the Round of 16 win of Spain over Croatia and Switzerland’s upset of France. Two teams that fought till the end and proved their mettle in the toughest of challenges are pitted against each other in the quarter-finals and the expectations are only going upwards.

The St. Petersburg Stadium in Russia will be trembling with the 34,000 allowed fans as the exhilarating fixture takes place on Friday, July 2. Both teams will be extra cautious and the match is expected to be as fierce as it gets.

Vladimir Petkovic’s side wrote an unbelievable story when they knocked out the competition’s favourites and World Champions French team in a six-goal thriller that went into penalties as the teams couldn’t be separated in two hours of draining football. Switzerland scored all of their kicks and Yan Sommer became a national hero by saving Kylian Mbappe’s penalty, taking them into the next round.

They will face the three-time European Champions and one of the best remaining teams in the competition Spain in the quarter-finals and will yet again be the underdogs.

La Furia Roja comes into this fixture after an exhausting 120 minute battle with the 2018 World Cup runner ups Croatia. The Checkered Ones gave all they had and came back from a two-goal deficit to equalise. But Spain caught them out of breath in the extra time and scored two more in quick succession to seal the win. The defensive errors and leakages almost cost Spain a quarterfinal spot and Luis Enrique needs to do something about it to avoid any further upsets.

Spain has scored the most goals (11) in the tournament so far and but Switzerland is brimming with confidence and ready for any challenge that comes their way.

Granit Xhaka, after turning in an inspiring man of the match performance will miss the quarterfinal due to suspension. Apart from him, The Rossocrociati will have a fully fit squad free and will go all out against Spain and continue this beautiful run on to the semi-finals.

🇨🇭 Granit Xhaka: “To come back like this, to show this spirit, to show this character, I'm very proud to be part of this team."@nati_sfv_asf | #EURO2020 pic.twitter.com/ii9P4DaGeQ

Petkovic has fielded a 3-4-1-2 formation in all four fixtures so far with two wing-backs and  Denis Zakaria could come in alongside Remo Freuler providing the required support to their three-man defence.

Luis Enrique too has a fully fit squad at his disposal and will take on the Swiss side with all its might. They will need to cover the defensive errors a bit and the absence of David de Gea from the starting lineup might be reconsidered.

The expectations will be soaring from the fans of La Roja being the obvious favourites and more gifted side. Spain will look to dominate the possession in a 4-3-3 formation.

Breel Embolo sparkled in his side’s opening fixture against Wales and his pace could be a major threat to Spain’s backline. The Borussia Monchengladbach winger has not performed as well as he did against Wales but his strengths dovetail well with Spain’s weakness. Down La Roja’s left, he will be up against Jordi Alba who is bound to leave space in behind when he inevitably ventures forward.

Breel Embolo was fouled three times in the first half, as many times as the entire #FRA team combined.

France are trying their best to stop him. pic.twitter.com/pMoPNadiQD

Embolo caused France a lot of problems as well and in Xhaka’s absence and Shaqiri’s inconsistency, he will be key to Switzerland’s endeavours. His crossing to striker Seferovic could be an effective weapon against a Spain defence that is not the most physical.

Spain’s hopes of a goal will be on the shoulders of their young forwards Daniel Olmo, Ferran Torres and Mikel Oyarzabal. The three combined against Croatia to seal the win for La Roja in what once looked like a haphazard. Ferran Torres scored one and assisted one while Olmo came on as a super-sub and assisted the two extra-time goals that took them through. Oyarzabal scored the key goal that provided them with the cushion in extra time.

Their senior forwards haven’t been up to the mark so far and Luis Enrique might need the support of these youngsters.

Both teams sweated themselves out for 120 minutes in the previous match and the fatigue will definitely kick in during the match. Despite all the tired legs, both Spain and Switzerland are expected give their all for a place in the semi-final. Spain is the clear favourite amongst the two but another upset might just be on the cards seeing what happened in Switzerland’s last game. However, Luis Enrique and his men will do their best to avoid any mishaps.

FootTheBall predicts a 3-2 win for Spain.