As the  frenzy comes to an end with Italy winning their second European Championship in dramatic fashion after a penalty shootout showdown in London’s Wembley Stadium with hosts England on Sunday night, we take a look at the best performers in Euro 2020.

Gianluigi Donnarumma became the unlikely hero for the Azzurri as he saved from Jadon Sancho and Bukayo Saka at the iconic Wembley Stadium, before being named UEFA Euro 2020’s best player.

The Three Lions had taken an early lead after Luke Shaw scored the fastest goal in a European Championship final, but the Italians came back in the second half as Leonardo Bonucci scored from a corner to level the scores.

And the match went down to penalties as both Jordan Pickford and Gianluigi Donnarumma realised that it was up to them to win the European Championships and etch their names into history books.

But ultimately the Italian custodian ended up on the winning side as Sancho and Saka missed after Rashford had hit the post for the Three Lions in London.

As the quadrennial tournament comes to an end, FootTheBall takes a look at the best performers in UEFA Euro 2020 who enthralled the audiences with their skills and talent and played themselves into the collective consciousness of billions of fans.

The former AC Milan goalkeeper who is reportedly being courted by Paris-Saint Germain was a rock at the back for Roberto Mancini’s side throughout the tournament.

The custodian kept clean sheets in all the group stage matches that he played in as Italy finished top of Group A with three wins out of three.

In the knockout stage too he was pivotal for Italy as he starred in two penalty shootout victories for the Azzurri. In the semi-final with Spain he kept his nerves as Dani Olmo and Alvaro Morata missed for La Roja.

And Donnarumma, who is currently a free agent, starred once again in the title decider as he saved from youngsters Jadon Sancho and Bukayo Saka in the shootout to guide Italy to glory in the British capital.

And he was deservingly named the player of the tournament after a stellar display between the sticks for Roberto Mancini’s side in UEFA Euro 2020.

But the Juventus forward didn’t miss making his mark in the tournament as he featured in the headlines for promoting water ahead of Coke off the pitch and bagging the golden boot for scoring 5 goals across 4 matches for Portugal. 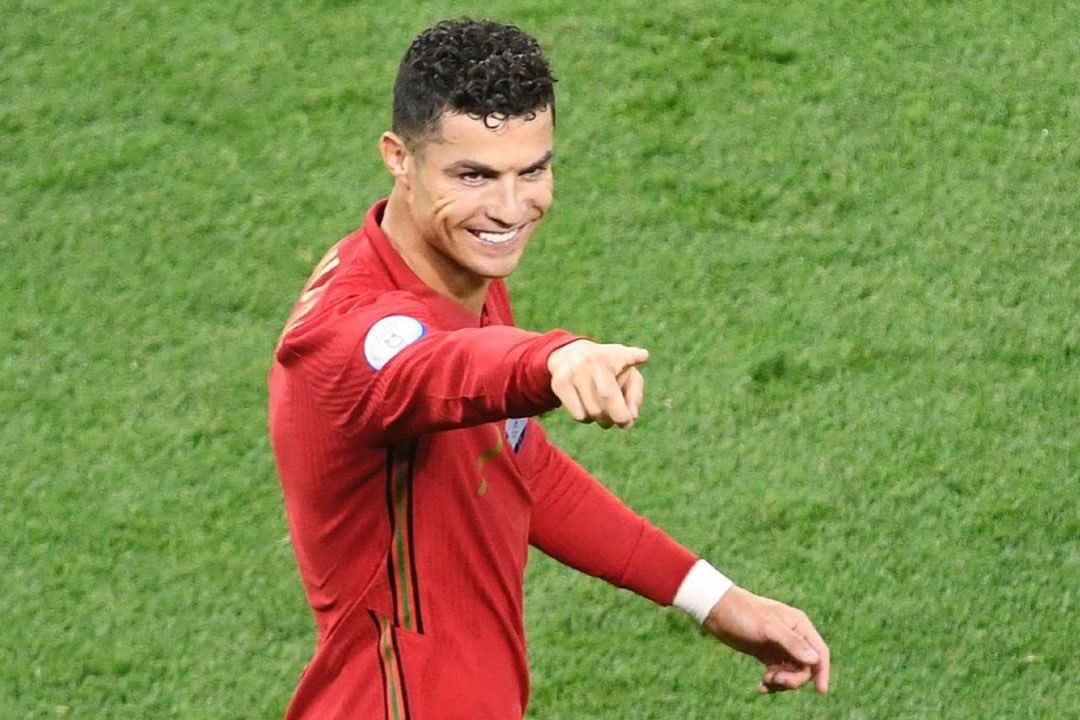 In the process, he also broke or equalled a host of other records as he became the all-time top scorer in the European Championships overtaking French great Michel Platini to the honour.

Ronaldo also equalled Ali Daei’s record of being the top scorer in international men’s football as he reached the 109 goal mark in Portugal’s draw with France in the group stage.

The other player to share the honour of being mentioned in the same breath as Cristiano Ronaldo is Czech Republic’s Patrik Schick who also scored 5 goals as the Czechs went all the way to the quarter-finals in UEFA Euro 2020.

He again shone for the Czechs in the Round of 16 as they ousted tournament favourites the Netherlands, who until then had a 100% record in UEFA Euro 2020.

They eventually bowed out in the quarter-finals to Denmark, but Schick had a tournament to remember as he was the joint-top scorer along with Cristiano Ronaldo, even scoring a goal as the Czechs went down fighting against Denmark

The boy from Merseyside captured the imagination of an entire generation as he kept a record 5 clean sheets, conceding only 2 goals in England’s campaign in UEFA Euro 2020 as he played (or saved) his way to being one of the best performers in the tournament.

Interestingly, Pickford did not concede even a single goal from open play in UEFA Euro 2020, only conceding from a free kick in the semi-final with Denmark and from a corner kick in the final with Italy.

Two big penalty saves from the outstanding @JPickford1 in the shootout, but it wasn't to be for @England in the end.

He also broke the long-standing record of keeping clean sheets for England that had been set by the World-Cup winning goalkeeper Gordon Banks between May and July 1966 when the World Cup last came home.

Pickford silenced his critics as England didn’t concede a single goal in the group stage, finishing top of the pile in Group D. And he was statistically the best goalkeeper in this edition of the European Championships despite Gianluigi Donnarumma being given the tournament’s best player accolade.

He saved two penalties for England, the same number that Donnarumma saved for the Azzurri, to become the first English goalkeeper to make two saves in a penalty shootout.