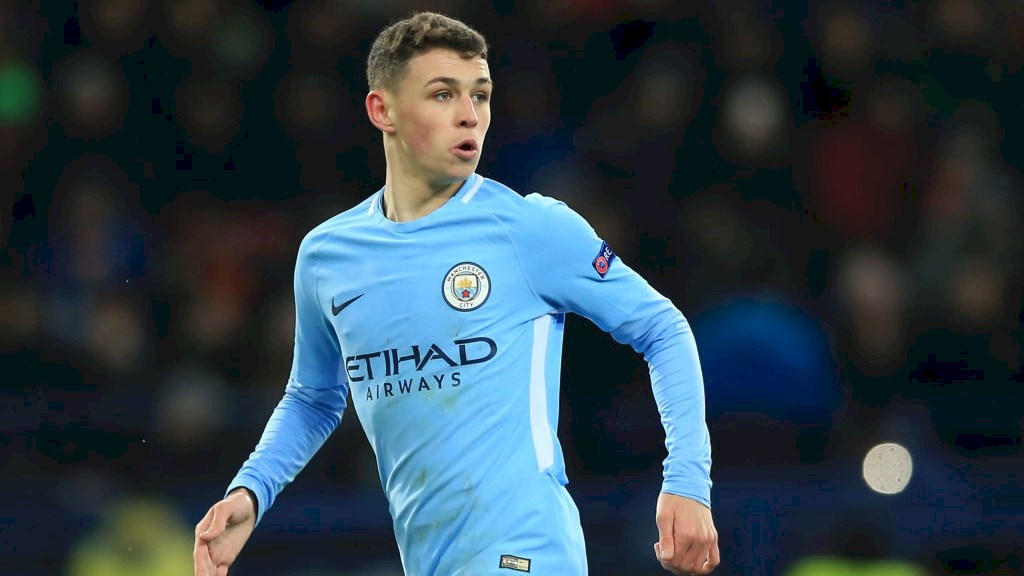 With Jadon Sancho, Kai Havertz and João Félix turning 20 and leaving their teens behind, it allows us to take a look at a new set of raw talents who can very well dominate football in the coming years. We, at FootTheBall, have short-listed ten up and coming talents who are putting every big club on notice with their special talents. These youngsters have a very high ceiling and can one day be named amongst footballing greats. Let’s have a look at who we think are the top 10 best teenagers in world football at the moment.

As Liverpool beat Arsenal in penalties, after a 5-5 draw in the fourth round of the League Cup, there was a particular talent that caught the eyes of the Reds boss. Jürgen Klopp labelled Arsenal’s new signing, Gabriel Martinelli as “the talent of the century” after the young forward netted a brace in that match. Martinelli, who joined from the Brazilian side Ituano in the summer, has made quite the impression amongst Gunner’s fans in his first season. In limited minutes, the youngster has already netted 10 goals and has made his case for a starting spot in an Arsenal side which contains Aubameyang, Lacazette and Pepe in the forward position. The youngster can dribble, cross and create goal-scoring opportunities for himself and his teammates and is equally effective in either flank. The teenager’s work ethics were complimented by Arsenal’s then-interim head coach Freddie Ljungberg. The forward still has a lot to develop in his game and is only going to get better.

The teenager has already broken several records as a player for the Catalan giants. In the past 8 months, he became Barcelona senior team’s youngest goalscorer, the youngest player in La Liga to score and assist in the same match and also the youngest goalscorer in Champions League history. The teenager is explosive down the flank, can dribble past defenders in one on one situations and has shown the ability to score with both feet. He is beloved by the Catalan fans and has a unique connection with the world’s best player, Lionel Messi. With the addition of Braithwaite and the return of injured Suárez and Dembélé, Fati’s minutes may be minimum in the future. But, if early indications are anything to go by, Barcelona may include the Spaniard in their plans to dominate Europe once again in the near future.

The winger had been left out of the squad in the last few matchdays before the suspension of football across the continent, but the €45 million teenager has shown a lot of promise early on in the season. The teenager keeps his calm while on the ball, not forcing passes, can whip crosses in the box and is a potent finisher. He scored a perfect hat-trick against Galatasaray in a 6-0 win in the Champions League, becoming the second-youngest player to score a hat-trick in the competition. He also earned his first cap for Brazil, coming on as a substitute for Willian. The teenager is one of Madrid’s big prospects as they plan to rebuild an aging squad.

Next on the list, we have Rodrygo’s countryman and teammate in Real Madrid, Vinícius Júnior. The 19-year-old winger is a keen dribbler of the ball, welcoming one on ones and getting the better of his marker. He was being heavily involved in Madrid’s matches and also score his first Clásico goal at the start of March as Real went on to win 2-0. He filled in the void Eden Hazard left on several occasions due to injury problems and has shown tremendous work rate on and off the ball. The only thing the youngster needs is calmness in the box and polish his finishing abilities and then he’ll have the opportunity to be the leading man for the Los Blancos.

The Italian central midfielder has stood out in a poor Brescia and has put all the big clubs on notice. The midfielder already has shown maturity and character beyond his age. He is a strong, elegant and silky midfielder who has the capability to dictate plays from the deep. Tonali has excellent vision and is remarkable with the ball at his feet, boasting a 76% success rate of beating his man. The midfielder has been compared to Andrea Pirlo and is seen as a successor to the Italian maestro. However, Tonali compared his playing style to that of Gattuso. Like all young players, Tonali has lot of development in his game and maybe a move to a bigger club will help enhance his creativity in opposition’s half and enable him to be the future orchestrator of an Italian side who are yet to fill the void left by Pirlo.

Bukayo Saka has seamlessly adapted to his new role of left-back, bagging double-digits assists so far this season for the Gunners. The youngster is tough to handle in one on one situation on either end as he is capable of crossing the ball and knows when to tackle on the other end. The teenager has made an instant impact on the Gunners side as he has already made 29 appearances this season with increased playtime. Even though he prefers to play as a winger, Saka is doing the job his manager wants him to quite brilliantly. Only time will tell if the teenager undergoes complete conversion into a left-back or will find a place in a team that will enable him to use his attacking prowess.

Another teenager winger turned left-back, the Canadian has all the ingredients to become one of the best modern-day wing-back. The 19-year-old has pace, positional awareness, confidence on the ball and pin-point passing accuracy. He is no slouch on the defensive side of his role either. He is also relishing his new role for the club and after a two-year contract extension, Davies is all set to be a staple for the German club.

Manchester City prospect, Phil Foden is a unique talent. The youngster completely took over the Carabao Cup Final this year against Aston Villa and manager Pep Guardiola has had nothing but praises for the midfielder. The teenager has a composure, positional, and passing awareness well beyond his age. But, with only 32 league appearances, those attributes are not on full-display every time like other players on this list. With David Silva’s tenure as the heart of City’s midfield coming to an end, it is only a matter of time Foden steps up and becomes a regular at the club.

Averaging 5.6 tackles and interceptions per game for this season, the Rennes midfielder is having a breakout season. The midfielder is fundamentally sound with a knack of breaking down opposition’s play. On the ball, he keeps it very simple, rarely giving it away, and plays the game with ease. With rumors linking him to several top clubs in Europe, it’ll be interesting to see whether the teenage sensation stays put in Rennes or takes his enormous talent to somewhere else in order to take the next step.

A teenage sensation like no other, Erling Haaland is already a star for a big European club. Prior to his move to Dortmund, Haaland has already made his mark in the Austrian Football Bundesliga. The former FC Salzburg player bagged 29 goals in 27 appearances for the Austrian club. He also became the first player to ever score six goals in his first three Champions League matches, while playing for Salzburg. After his January move to Dortmund for a reported fee of €20 million, Haaland continued his goal-scoring streak in the German Bundesliga. He scored a 23-minute hat-trick on his debut, followed by a couple of braces in the matches that followed and a brace against PSG in the Champions League RO-16. The teenage sensation has speed, strength, impeccable ability to make near-post runs and is also a great finisher. Haaland has already become a star, a player who is unfazed and is ready to take charge of a situation.