WATCH: Ronaldo Has A Go At The Water Bottle Challenge – And Of Course, He Nails It 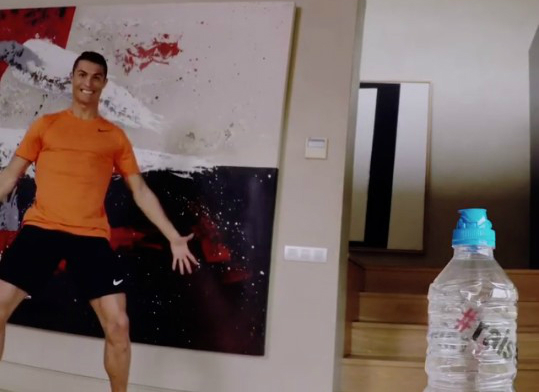 Real Madrid star Cristiano Ronaldo has grabbed the headlines again and this time for showing off his incredible skills in the water bottle challenge. 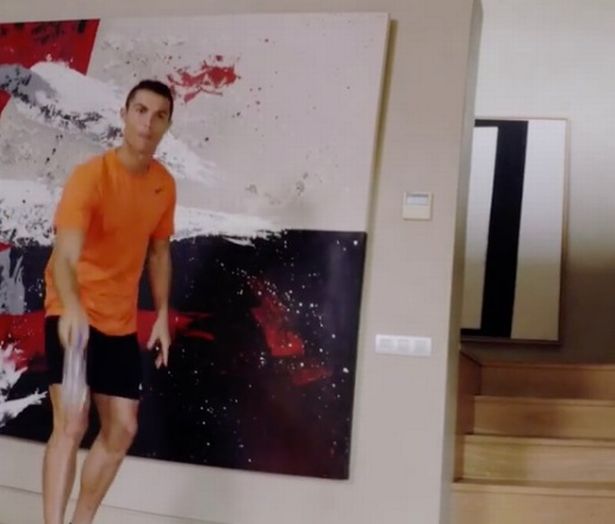 When it comes to a football very few players can match Ronaldo’s level but who knew that the Real Madrid star would be equally brilliant while showcasing his trick with a water bottle.

The video starts with Ronaldo balancing a ball on his head – but that’s too easy for him. And so he takes up a new challenge – and this one with a water bottle. 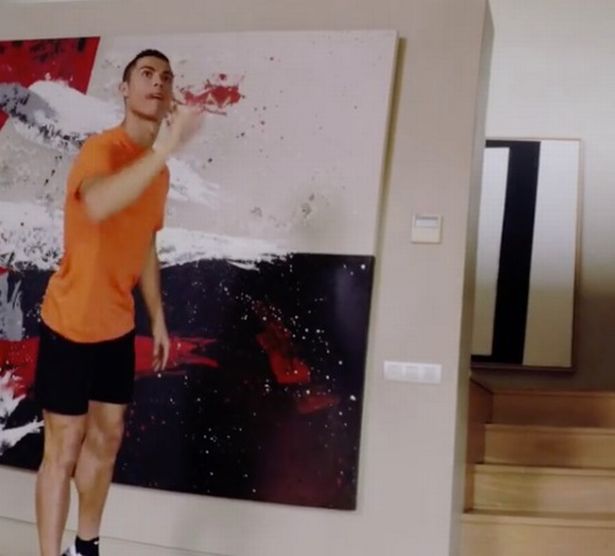 He picks up the bottle from the ground, smiles at the camera, takes a sip and closes the lid before tossing it into the air, where it rotates gracefully, before landing in front of the camera standing upright. 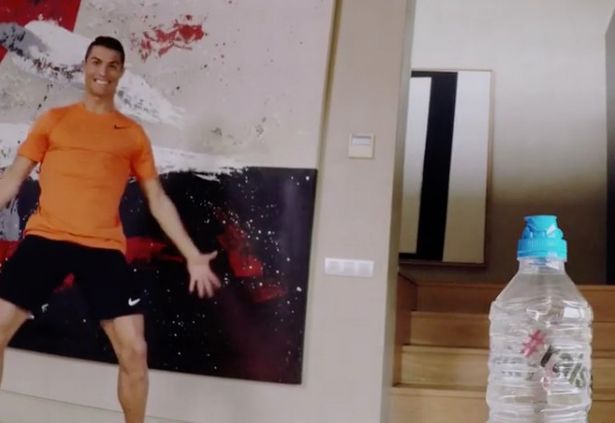 After successfully completing the challenge, the former Man Utd man celebrated with his trademark pose before looking at the sky and shouting “raise it”.

Earlier, he had also posted a video on Instagram, to show his incredible juggling skills. 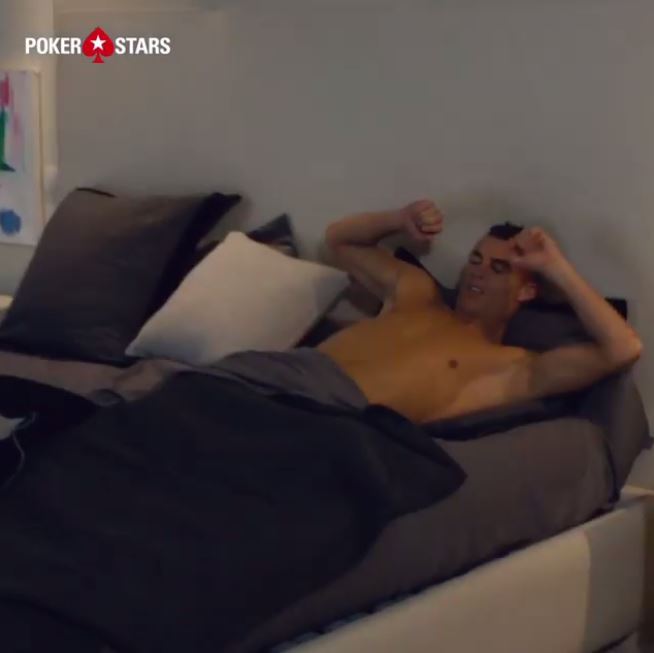 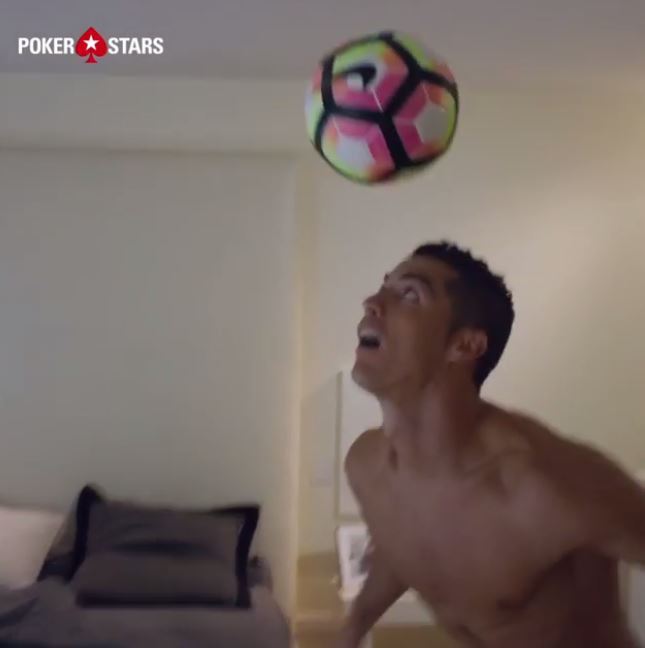 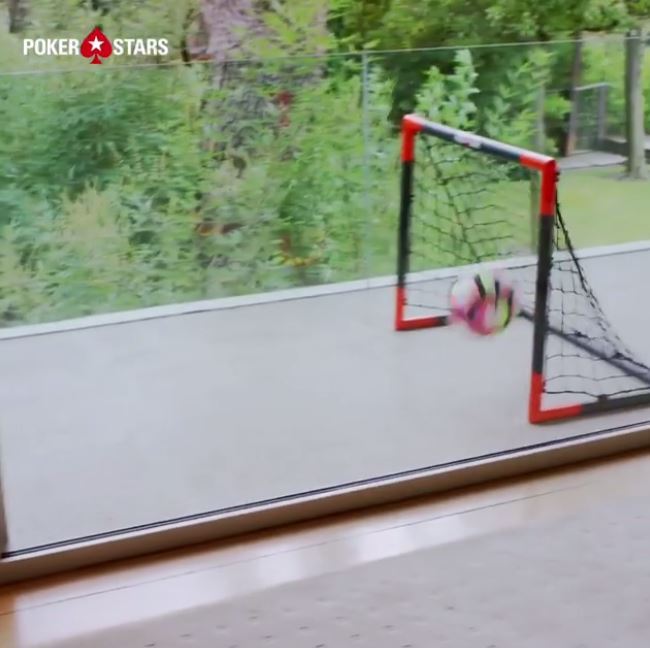