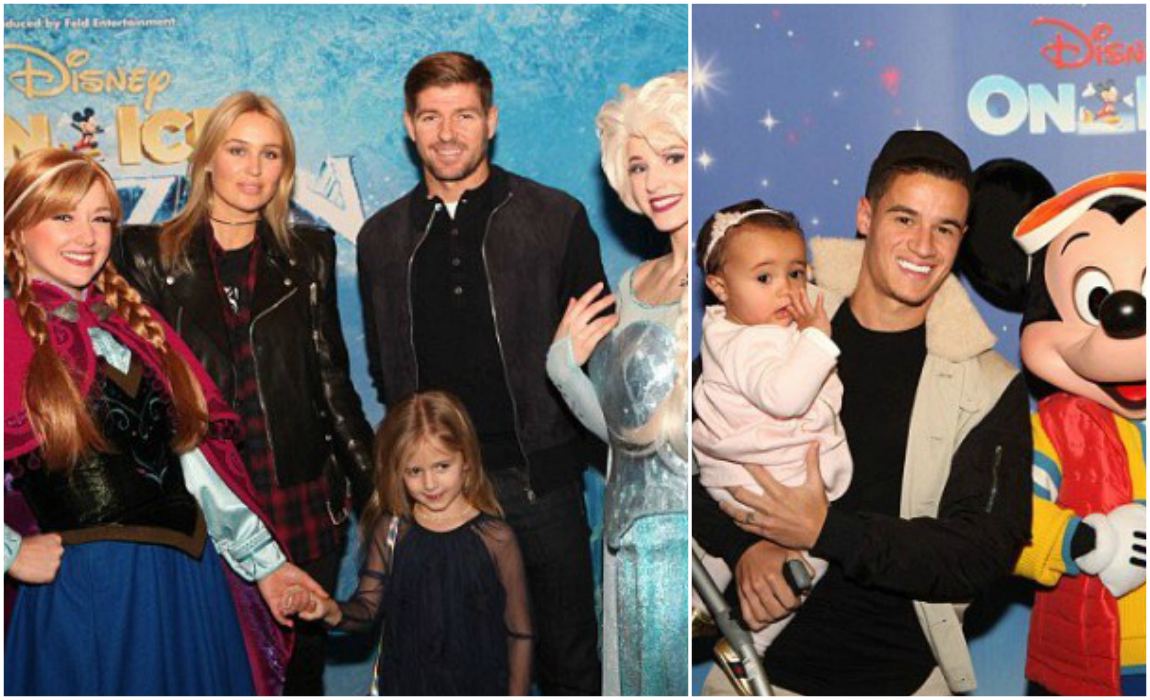 Reds legend Steven Gerrard spent quality time with Liverpool players as they were at the Echo Arena to watch Disney on Ice. 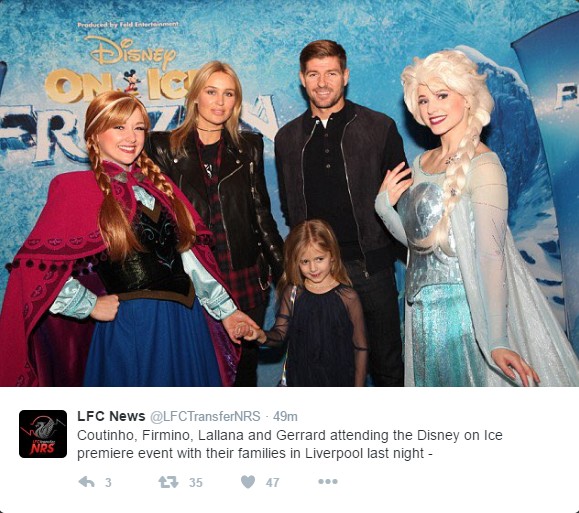 The former England captain, who left MLS side La Galaxy last month and later hanged his boots after an incredible 19-year career, is yet to decide his future in a coaching role. 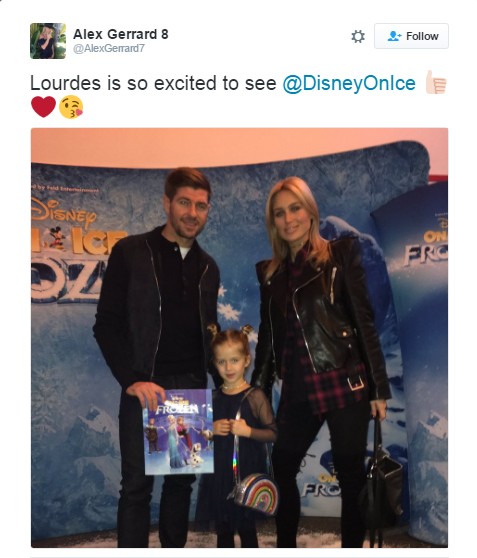 Gerrard was with his pregnant wife Alex and youngest daughter as Liverpool stars took their families to the Echo Arena to watch Disney on Ice. 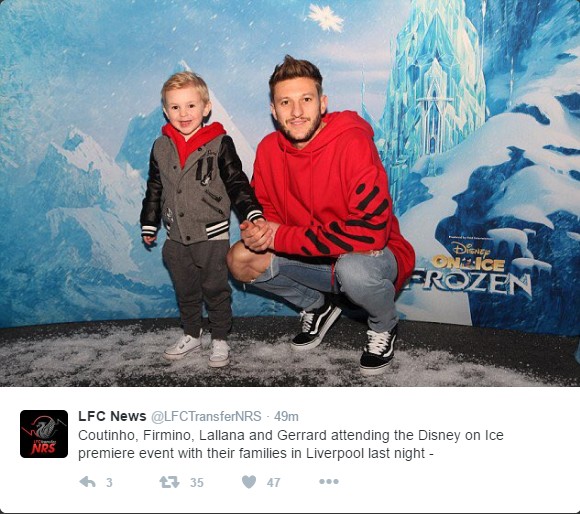 Liverpool stars – including Adam Lallana, James Milner, Lucas Leiva, Jordan Henderson, Philippe Coutinho and Roberto Firmino went out with their families to watch a movie, which is based on the Disney flick Frozen.

Gerrard’s wife, Alex, who is pregnant with his fourth child, tweeted a family photo with a caption that read: “Lourdes is so excited to see DisneyOnIce .” 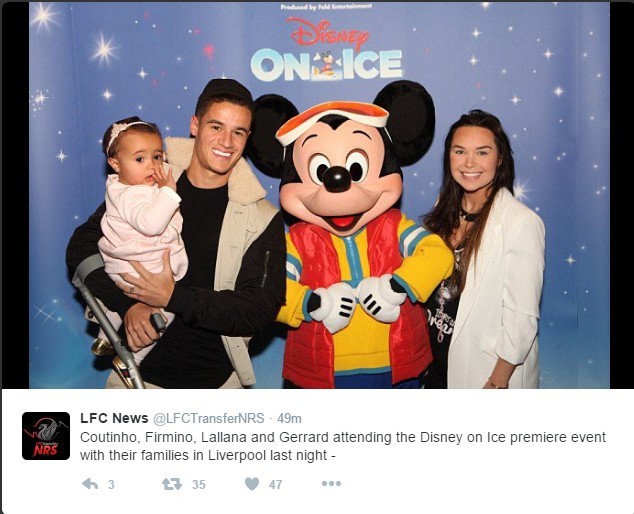 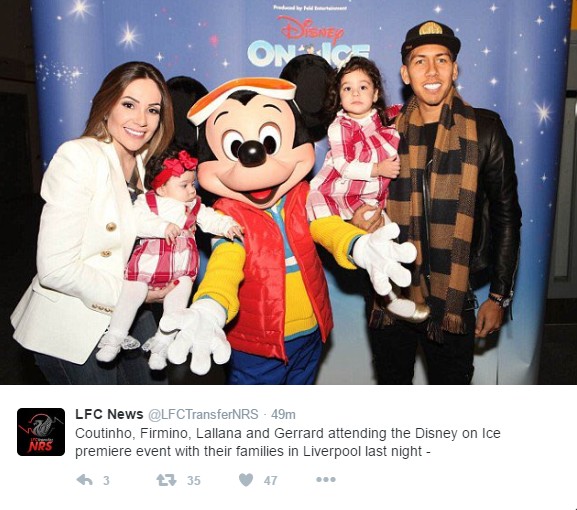 Earlier on Tueday, Gerrard was at Anfield to see his former team beat Leeds United to secure a place in the semi-final clash against Southampton in the EFL Cup.