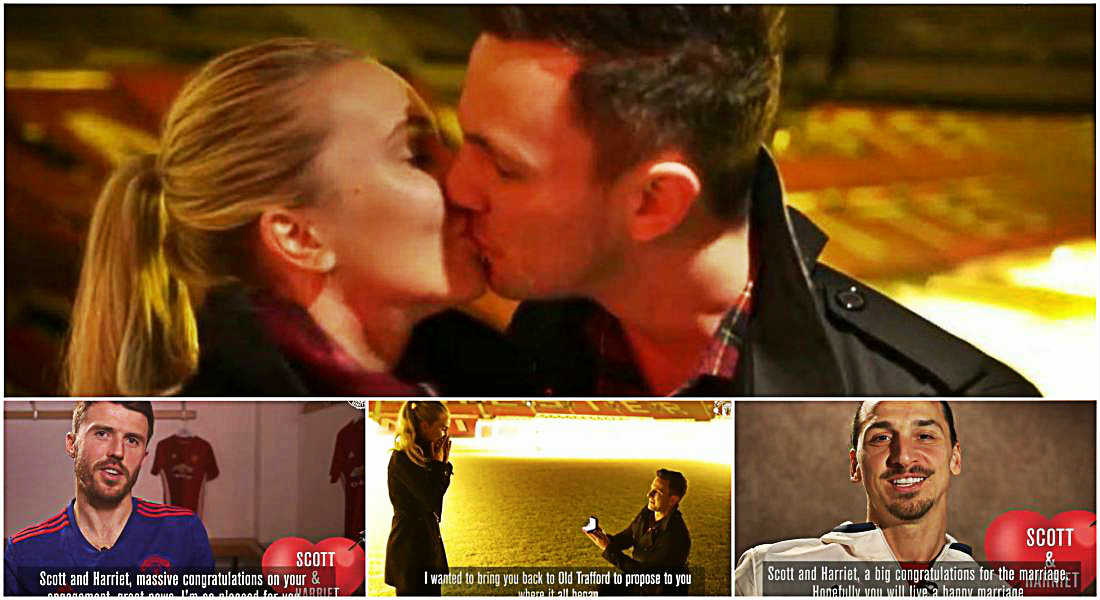 Manchester United helped a fan propose to his long-term girlfriend.

A United fan Scott proposed to his girlfriend Harriet at the Old Trafford pitch. 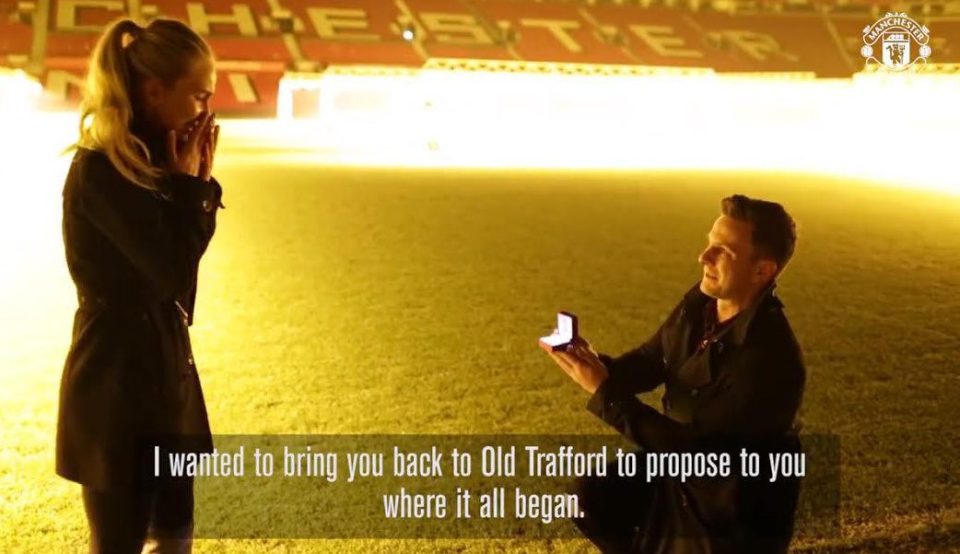 The couple then dined in a club suite with congratulatory messages from Zlatan Ibrahimovich and Michael Carrick.

Scott chose Old Trafford because it is “where it all began”. 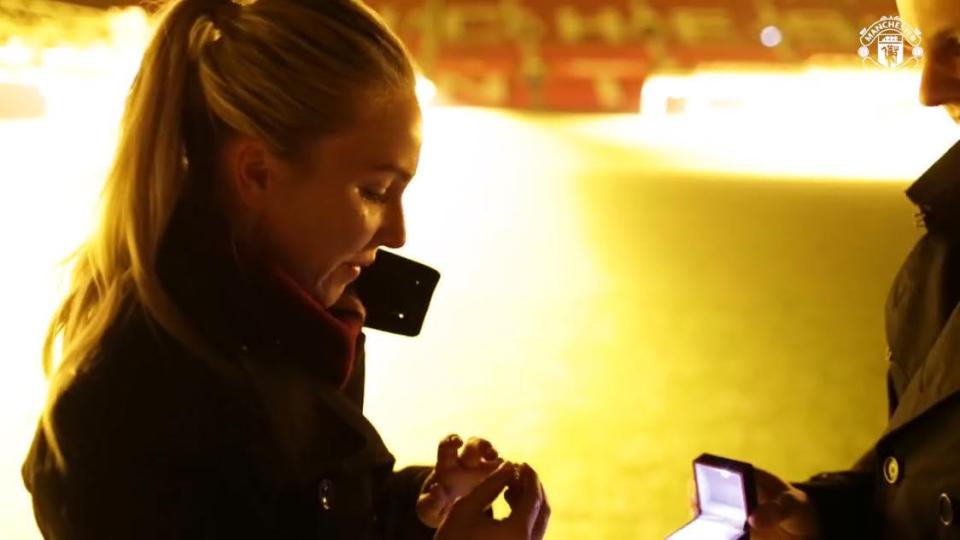 She looked surprised and bewildered as they walked on the pitch.

Her eyes lit-up as Scott told her that the club helped him with the arrangement – he then went down on a knee and popped the question.

After Harriet accepted, the couple were shown a video message from Swedish superstar Zlatan.

“Scott and Harriet, I wish you all the best, from me and the club. Live life, enjoy it.” he said in the message. 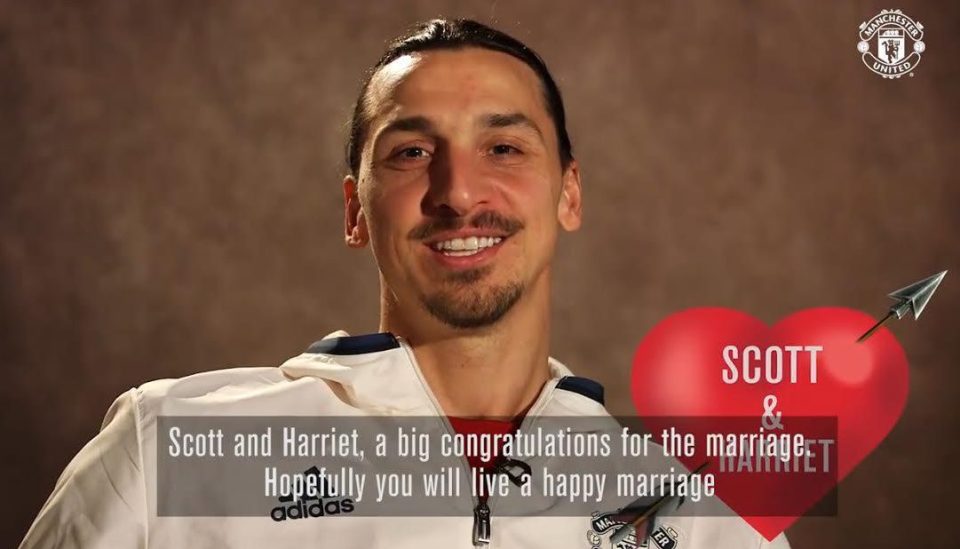 After which longterm United loyalist Michael Carrick had a video message for the couple.

He said, Scott and Harriet, massive congratulations on your engagement, great news. I’m so pleased for you.” 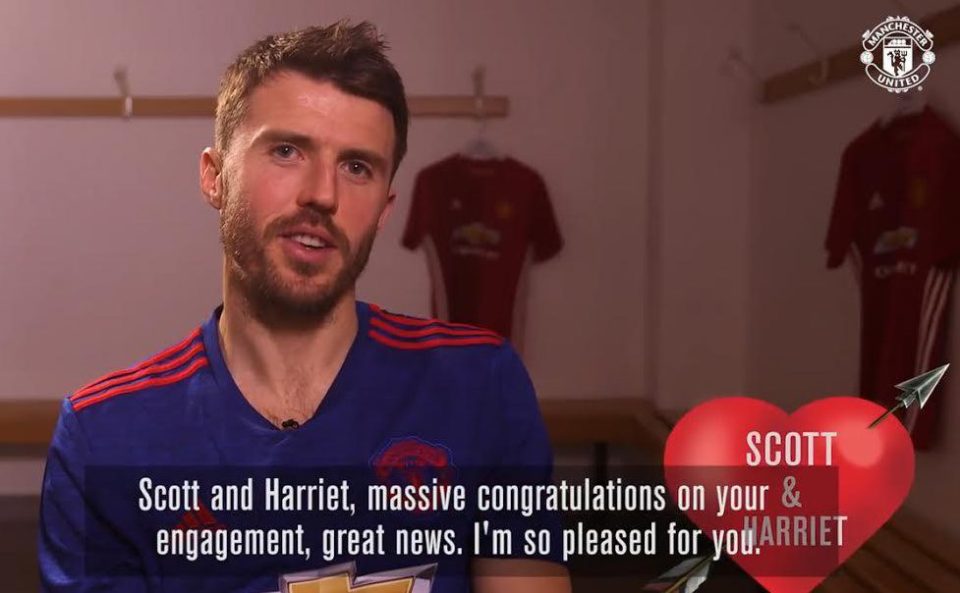 The videos were followed by a dinner at the Chevrolet’s Centennial club suite. 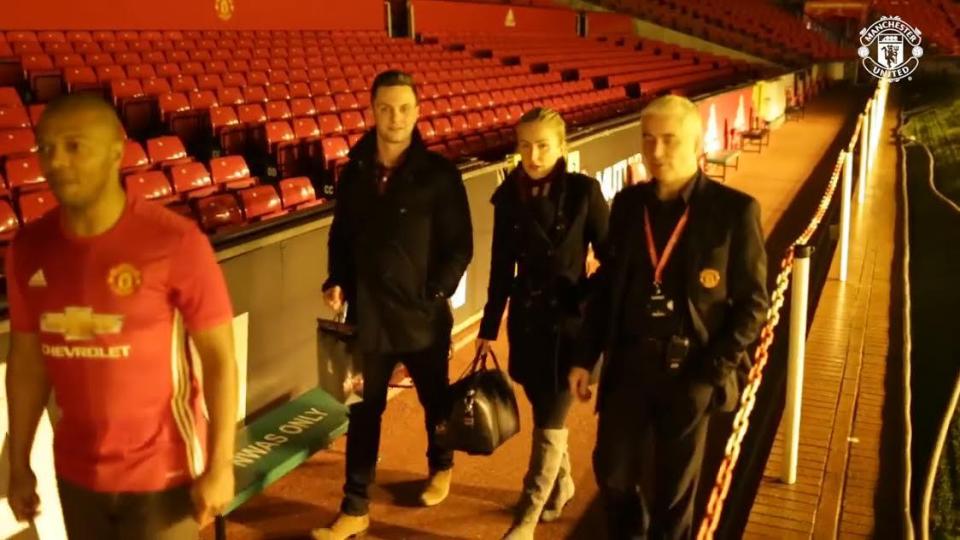 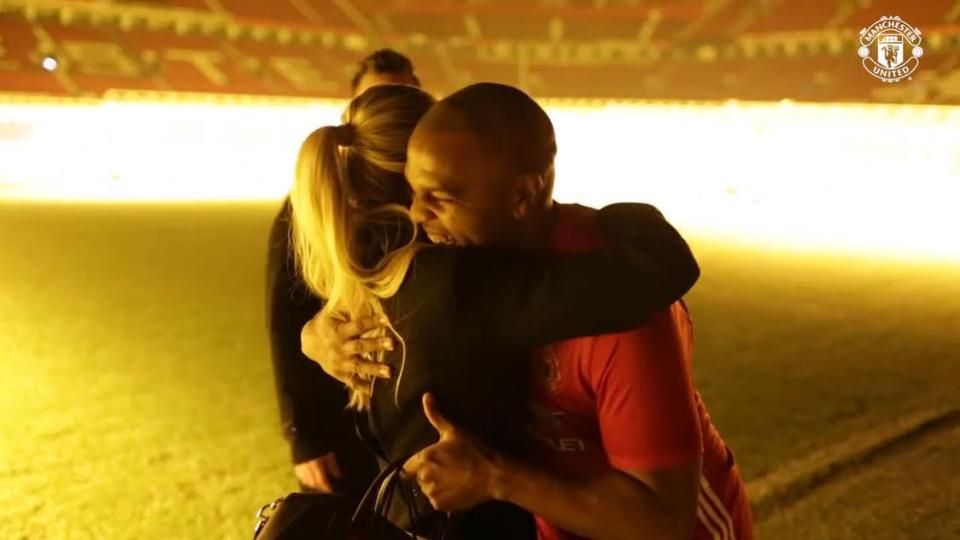 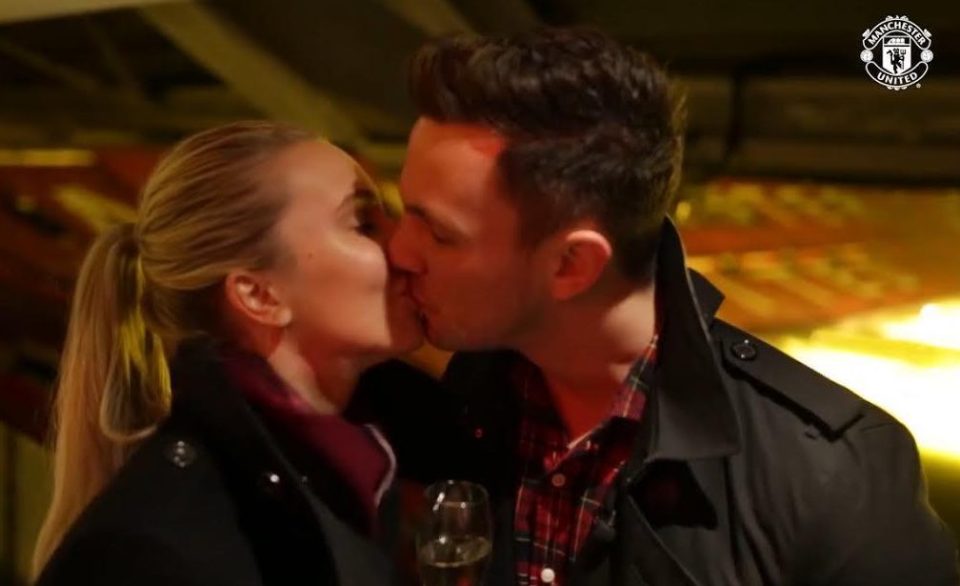 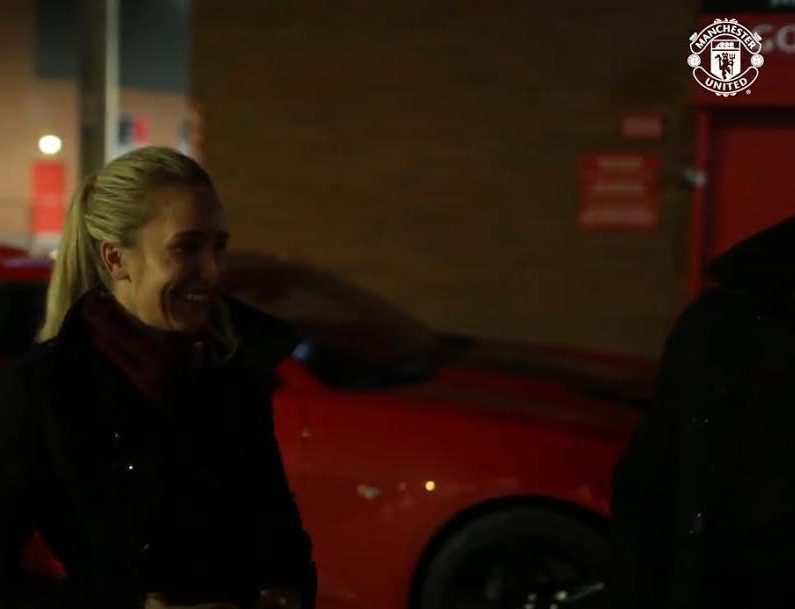