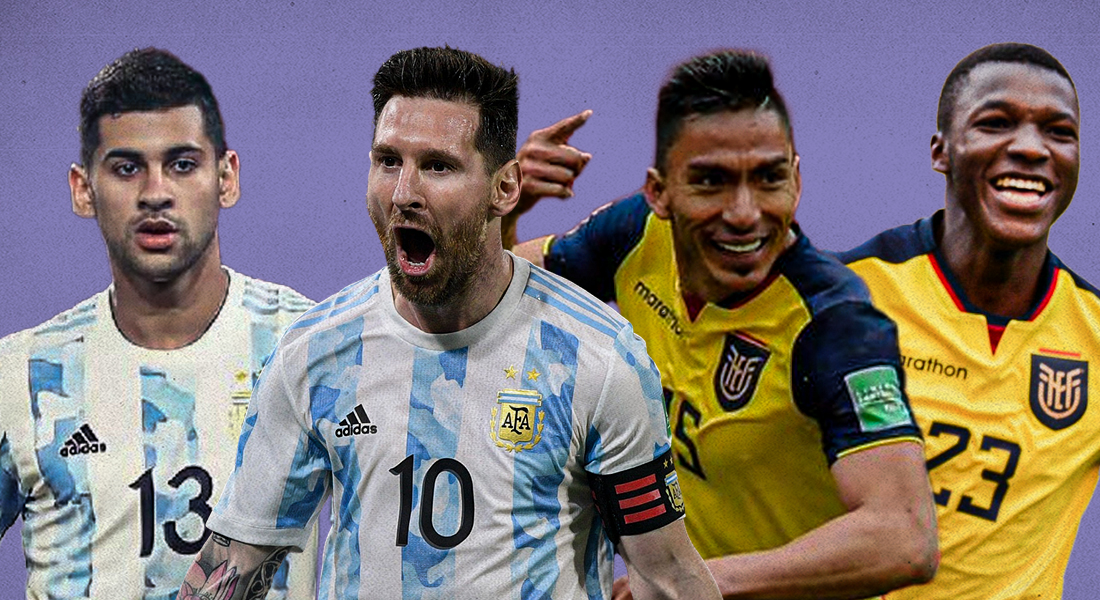 There are a few heartbreaks that hurt more than the others, and a devastated Lionel Messi gazing at the Copa America trophy, thinking about what could have done better is one of the worst footballing heartbreaks ever. However, there’s still a chance for Leo to fulfil his dream and win a trophy with Argentina. La Albiceleste has successfully reached the knockouts of Copa America 2021 after topping Group A. They will now face a resilient Ecuador side in the quarterfinal tie.

As the knockouts come closer, both Lionel Scaloni and Gustavo Alfaro would be contemplating the best possible tactical solutions to counter the key opposition players and seal their spot in the next round. Such strategic manoeuvring has given some of the best football matches and many David vs Goliath moments. An unstoppable Barcelona and a 23-year old Lionel Messi were tremendously kept quiet by a 10-man Inter Milan in 2010 when they needed just one goal to make it to the final. Such games are fondly looked back at years later and still celebrated like it was yesterday.

On the basis of talent and form, there is no contest between the two sides but the fact that there’s still no assurance of progressing to the semis makes football the biggest sport in the world. FootTheBall analyses three on-field matchups that can decide the outcome of the tie.

If we go by the records and achievements, there is probably no footballer on earth who can brag in front of Lionel Messi, but the fact it doesn’t guarantee success makes the sport as beautiful as it is. The diminutive forward who is in the news for recently becoming a free agent after his contract with Barcelona expired will be a big headache for Gustavo Alfaro’s men.

Messi has played a free role in the tournament and is the leading goalscorer so far, floating around the right flank and the central area behind the striker, drawing defenders from one place to another and disturbing the shape of the opponent. The likely candidate to get the demanding responsibility of marking down the 34-year old and keeping him quiet will be Moises Caicedo in the Ecuadorian midfield.

The 19-year old central midfielder has made his name in the national circuit with his brilliant performances on both the club and international stage. His ability to read the game, break down opposition attacks and carry the ball forward to start attacks for his own team have impressed teams across oceans and he was bought by Brighton and Hove Albion in the January window of 2021.

Caicedo will need to make life miserable for Lionel Messi for the 90 minutes if his team is to go through, and it is more difficult than it sounds. He will have to halt the attacking sprints to hold down one of the finest dribblers in world football and help his left-back Pervis Estupinan in containing the six-time Ballon d’Or winner.

Ecuador’s hero against Brazil in the final group game, who came on in the second half and turned out to be a super-sub for his side and helped them gain the key point needed to get to the knockouts, Angel Mena has only made one start so far in the tournament. He came on as a substitute in all the other fixtures and played a crucial role in attacking the tired opponents from the right flank.

Ajax left-back Nicolas Tagliafico will be posted to stop him from breaching Emiliano Martinez’s goal, but the 28-year old defender is also deputed with attacking responsibilities and can be caught off-guard. This makes the highly-rated Atalanta defender Cristian Romero responsible for covering up the Ecuadorian winger.

This makes up for an intense battle in the Argentine half, especially when Ecuador tries to hurt them on the counter. Romero has a well-built physique and is known for his ability in the air, but isn’t the most efficient tackler of all. Mena can exploit Romero’s lack of discipline and use it against the Lionel Messi led side.

With all that is on the line, one moment of brilliance from the 33-year old winger can give Ecuador the decisive lead which can help them upset the mighty Argentine side.

One of the most versatile and key positions in modern football is that of a full-back who is expected to run up and down the pitch, provide pinpoint crosses in the box and trackback opponents for the whole 90 minutes. And of course, never lose your footing while doing so, or you might be directly responsible for a goal conceded by the team. When two full-backs who like to move ahead and press into the opposition half clash on the same flank, it is a joyful watch.

Ecuador’s seasoned fullback Pervis Estupinan is up for the biggest task of the tournament so far, with the likes of Angel Di Maria, Lionel Messi and Nahuel Molina attacking his side of the pitch. Scaloni will aim to suffocate his flank and stop him from pushing forward and it will be a huge challenge for him to contain the star-studded Argentine attack.

His direct opponent will be Argentina’s 23-year old right back Nahuel Molina whose strength lies in attack and tends to give overlapping runs and give an extra attacking option in the opposition half. Estupinan will need to be on his toes to counter the constant threats he is likely to face considering Ecuador might play a defensive block.

The 33-year old Ecuadorian who plays for Villarreal is strong and athletic and will be a challenge for the Argentine attack to get past itself and will also be supported by Moises Caicedo in keeping their goal safe.