Manchester United might have finally signed Jadon Sancho from Borussia Dortmund but they still have spaces in their squad which need to be addressed.

We have agreed a deal in principle for the transfer of Jadon Sancho to United! 🔴⚪⚫#MUFC

While they are also looking at Raphael Varane to strengthen their defence, it is the defensive midfield position that needs the utmost attention, given the problems United have faced in the recent years.

Nemanja Matic turns 33 in less than a month and is not the same player anymore for the Red Devils while Fred and Scott McTominay have shown too many inconsistencies in their performances throughout the season. 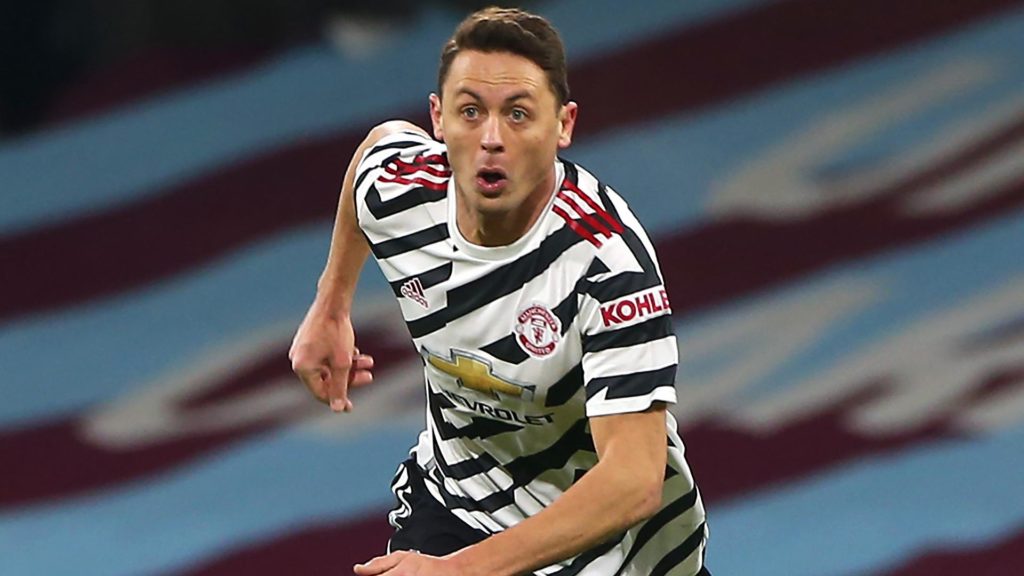 Matic will have to be replaced as quickly as possible. (Image Courtesy: Manchester United / Website)

It is a must for Ole Gunnar Solksjaer and Ed Woodward to find the right player for the role and the recruitment team will be scratching their heads on whom to sign given the system with which the Norwegian sets his team. We, at FootTheBall, have look at five possible names who could be the perfect signing at the base of the midfield for Manchester United:

The top priority for the scouting and recruitment teams at Manchester United and Chelsea, Declan Rice’s stock has risen exponentially in the past couple of seasons where he has become a mainstay for West Ham United. 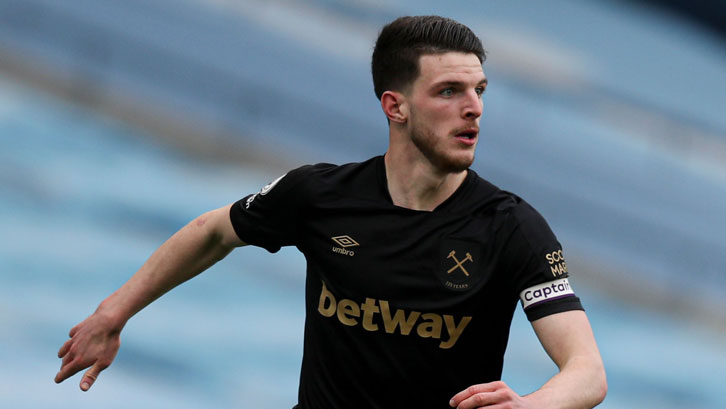 A no-nonsense midfielder, Rice has been a rock at the base of the midfield for the Hammers and will be the perfect signing for Ole Gunnar Solskjaer and his Manchester United side’s new pressing system and can relieve Paul Pogba of his defensive duties.

He will cost a lot though, as he is the crown jewel in a flying West Ham side who are set to compete in Europe next season after six years, courtesy of their sixth-placed finish in the 2020-21 Premier League.

However, the Red Devils can use Jesse Lingard as a part of the deal that can bring Rice to the Old Trafford, given Lingard’s superb run of form in the second half of the season with the Hammers, on loan.

A slightly left-field choice, Marcelo Brozovic has entered the last year of his contract with Inter Milan on June 30 and his team, Inter, would probably have no choice but to sell him if there’s no breakthrough in negotiations. 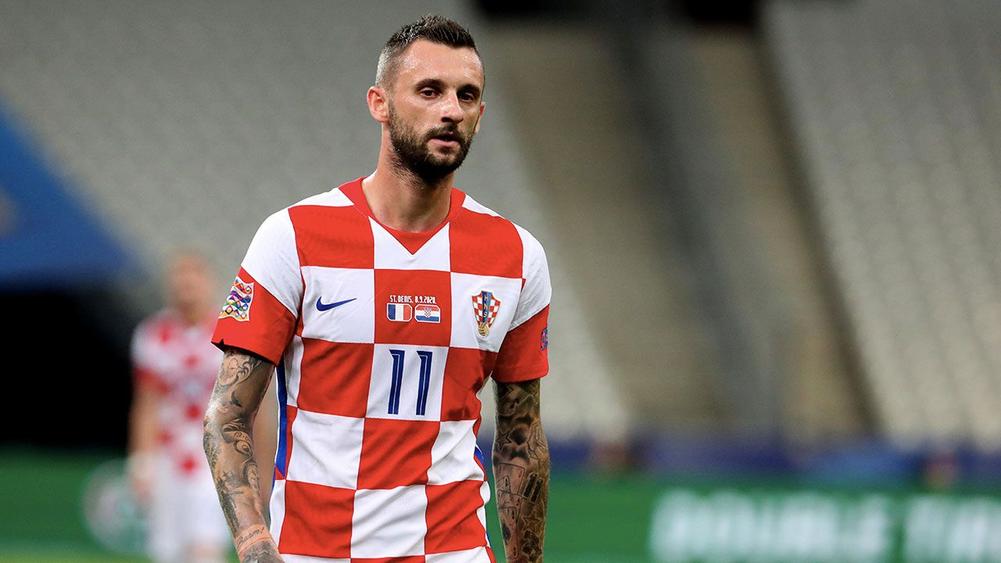 Marcelo Brozovic could be a bargain signing for the defensive midfield role at Manchester United. (Image Courtesy: beIN Sports / Website)

And with a reported price tag of €25 million, Brozovic can be one of the bargain buys for Manchester United, given his talent and experience. He has been pivotal for Inter Milan in the last couple of seasons, winning the Scudetto in 2020-21, and played a key role in Croatia reaching the final of the 2018 FIFA World Cup.

A more attack-minded player than Rice, Brozovic might not be the player who wins aerial duels in the defensive third but is a player who can play the role of a deep-lying midfielder and who has the intelligence to cut off opposition attacks and progress forward with the ball.

A negative, however, would be his age as he will turn 29 this November, and will only be able to give 3-4 seasons at the top level. His signing will be contrasting to United’s strategy of signing young players but nevertheless, for the fee and the experience which the Croatian brings, it will be a relative bargain.

Currently, one of the best young midfielders in Europe, Manuel Locatelli has been the midfield lynchpin for Sassuolo in the Serie A for the past two seasons and has been a revelation for Italy in the ongoing Euro 2020. 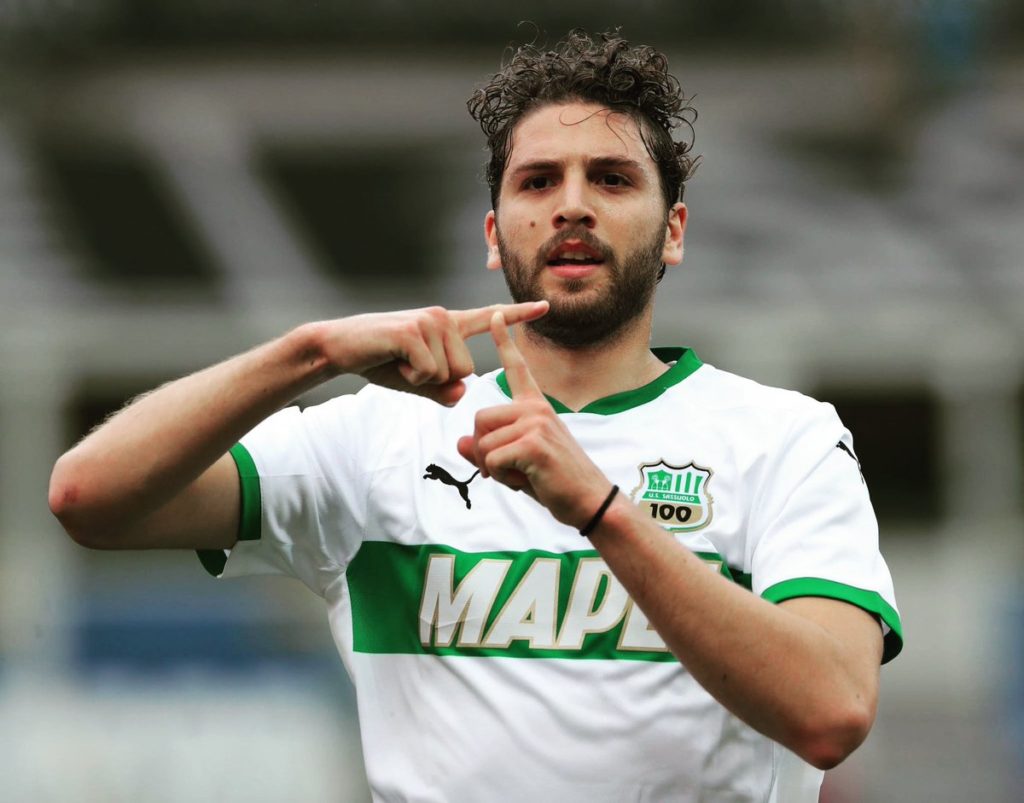 The 23-year-old is a highly technical player, possessing excellent passing and progressing skills and can inject a new style into Manchester United’s midfield, and the numbers do not lie, as the Italian has had the most number of passes into the penalty area (289) in the Serie A last season.

Although he is not the most known player defensively, Locatelli has racked up decent numbers while playing for the Neroverdi, with 130 interceptions and tackles along with 326 recoveries of the ball in the midfield and defence.

Sassuolo CEO Carnevali to Sky Sport: “Arsenal have made an official bid for Locatelli. They’re pushing hard to sign Manuel and it’s an important bid… we will see.

Also Juventus want Locatelli and we’ve a special relationship with them. We’ve a new meeting scheduled with Juve”.

However, the transfer will not be easy for the Red Devils as Juventus are the favourites to complete the deal with Sassuolo given the relationship between both the clubs, while Arsenal have reportedly launched a bid to secure Locatelli’s services.

An under-the-radar option, Joao Palhinha might well be the best option for Manchester United given his special talent, both on and off the ball, and his experience as a league winner with Sporting Lisbon in the 2021-21 season.

At 25 years of age, the Sporting star has the right mix of youth and experience and has been one of the most improved players for Sporting after two underwhelming seasons with Braga.

An out-and-out defensive midfielder, Palhinha finished as the player with the most number of tackles, with 68 at the end of 2020-21 Portuguese league, at a rate of 3.3 tackles per match, a number more than double of Declan Rice’s 1.5 tackles per match.

One caveat would be Palhinha’s inexperience in the big leagues and the Champions League, which he is set to gain with Sporting this season if he stays. But given Bruno Fernandes’ transformative impact in Manchester, United might as well take the punt on the 25-year-old.

While Manchester United might look at targets elsewhere for the defensive midfield role, they have a very strong option of saving that money and bringing in their own academy graduate, James Garner. Although he had made his debut near the end of the 2018/19 season for Manchester United at the age of 17, Garner has had a breakthrough season in 2020/21, albeit featuring in the Championship for Watford and Nottingham Forest

After a frustrating spell at the Hornets in the first of the season, Garner made the move to Nottingham Forest and impressed everyone with his string of powerful performances. The midfielder completed 19 of the 20 games he featured in for the Tricky Trees. 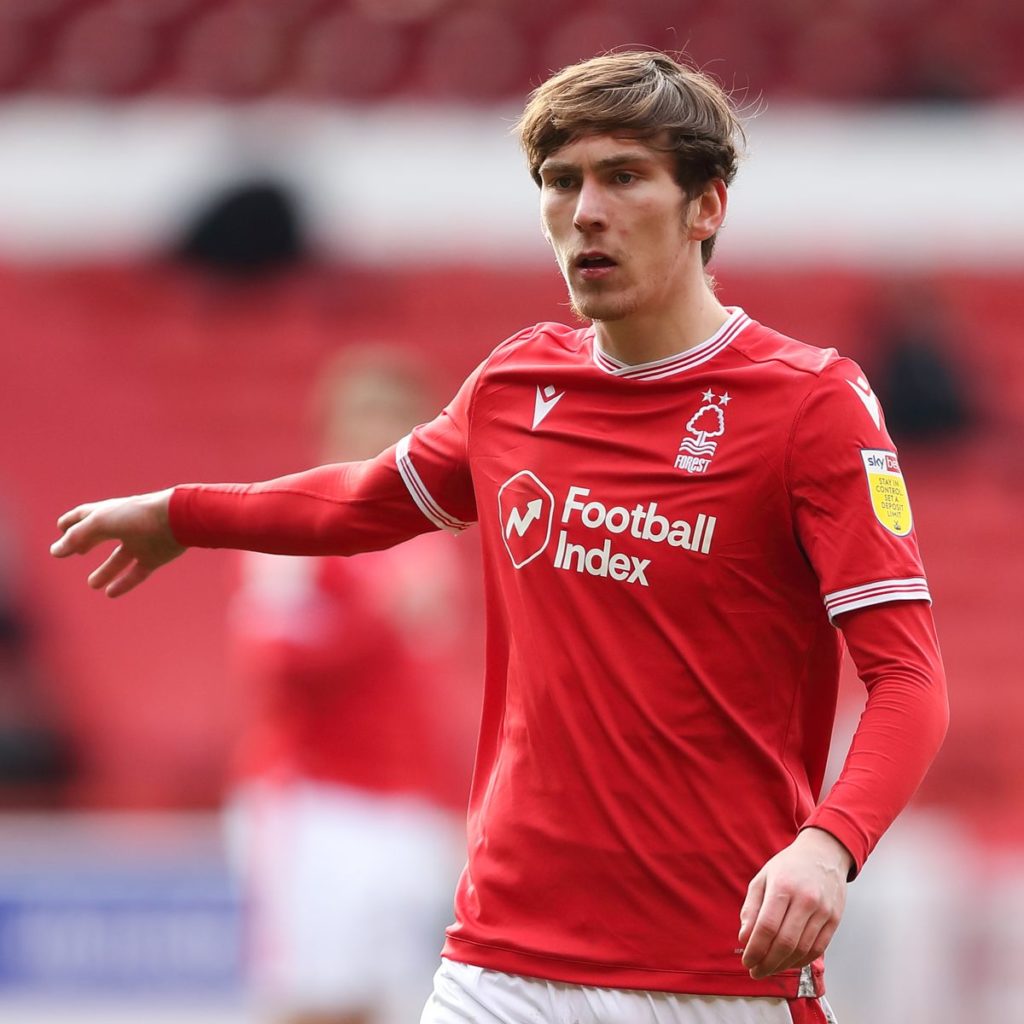 James Garner has been one of the performers of the season for Nottingham Forest. (Image Courtesy: Nottingham Post / Website)

The fact is that Garner is very good in both aspects of the game. His ability to beat the press with his silky feet is his best quality. Defensively, he has improved drastically during his time at Forest, averaging 2 tackles and 1.7 interceptions per game.

A chance is what the 20-year-old needs and if Manchester United do not sign a defensive midfielder in the summer, they might as well trust their academy graduate to do the job.