NO END OF TROUBLES 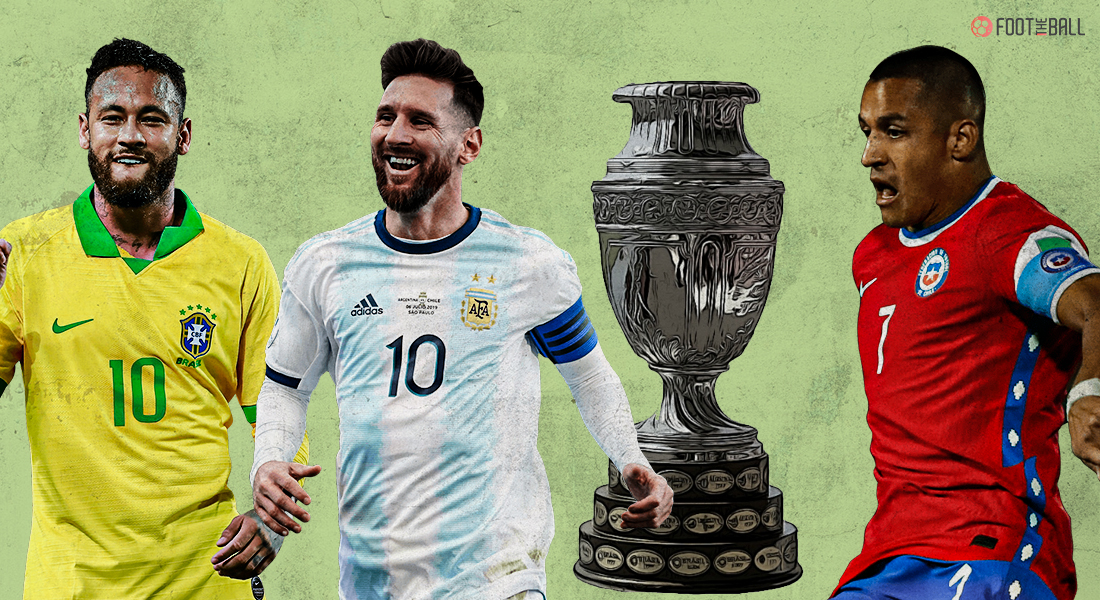 The Copa America 2021 is facing fresh uncertainty regarding its hosting, just three weeks out from its start. After Colombia was removed as the co-hosts due to extreme political turmoil involving protests and government, Argentina was retained as the main host. Now it seems that might be in trouble as well.

Mundo Albiceleste reports that all footballing activities right from the top flight to local clubs have been immediately suspended. This comes after a directive from the country’s Alberto Fernandes to the Argentine Football Association (AFA) and the Liga Profesonal. This has led to fresh brewing uncertainty over the country’s ability to host the mammoth tournament solely.

The decision came amidst rising COVID cases and deaths due to the pandemic. The country has been on an upward trend since the start of April, with 25,000 cases being the daily average. The number of deaths has been even more worrying with May 18 saw the biggest spike of 744 deaths which was the highest ever, with an average of 450 in recent weeks. Thus, the authorities were left with little choice but to take this drastic step.

Vaccination drive has also been slow with Reuters stating that only 4.8% of the population having received both doses. In comparison, 18.7% of the country has received the first dose. Both of these is indicative of the fact that the drive has been slow in Latin America’s second-most populous country. All of which does not bode well for the CONMEBOL and its flagship tournament.

WHAT WILL HAPPEN NOW?

CONMEBOL, while revoking Colombia’s hosting privilege, had mentioned that it was looking for other locations. Furthermore, it reiterated its stance of not delaying the competition and to host it according to the current schedule only. That might now be easier said than done.

The lockdown in Argentina, though till May 30, can be extended further if authorities feel that the cases are sufficiently not under control. This puts CONMEBOL in further trouble as it then will have to look for new venues to conduct all of its matches as opposed to only Colombia’s share. They would have ideally preferred to make the least amount of changes required in terms of logistics and preparations but it seems things might not remain in their control.

Argentina's national team has created a strict protocol to protect its players and staffers from COVID-19 during next month’s Copa America.

Though matches of Copa Libertadores and Copa Sudamericana will be played in Argentina, the suspension as a whole will also leave the AFA in a lurch. They will also have to wait till the end of the month to restart on groundwork, which will hugely depend on prevailing conditions that seem bleak at best right now. This is further exacerbated by the fact that this is not a one-country problem but a worldwide pandemic.

POSTPONEMENT ON THE CARDS?

The tournament might have to be postponed as a last resort due to all of this. Though it is absolutely against CONMEBOL’s wish, the decision might not be in their hands ultimately. Then a new question will arise, one of when to reschedule it. Most likely to the end of the year, since next year is the World Cup. FIFA themselves are in the conversation about holding the World Cup every two years instead of the usual four.

But the end of the year contingency will also clash with World Cup qualifiers. Nonetheless, players can really do with an offseason of rest after the most hectic season in recent memory. Stars of the upcoming Copa including Lionel Messi, Marquinhos, Alexis Sanches, Keylor Navas, James Rodriguez and many more have been playing a lot of games over the past year without adequate rest.

Lionel Messi rested vs. Eibar for Barcelona. Argentina have two World Cup qualifiers next month and a Copa America. The guy needs all the rest he can get prior to those matches after the season he had.

No matter what happens in the upcoming days and weeks, the road to Copa America just got a lot more difficult for all parties involved in the process.