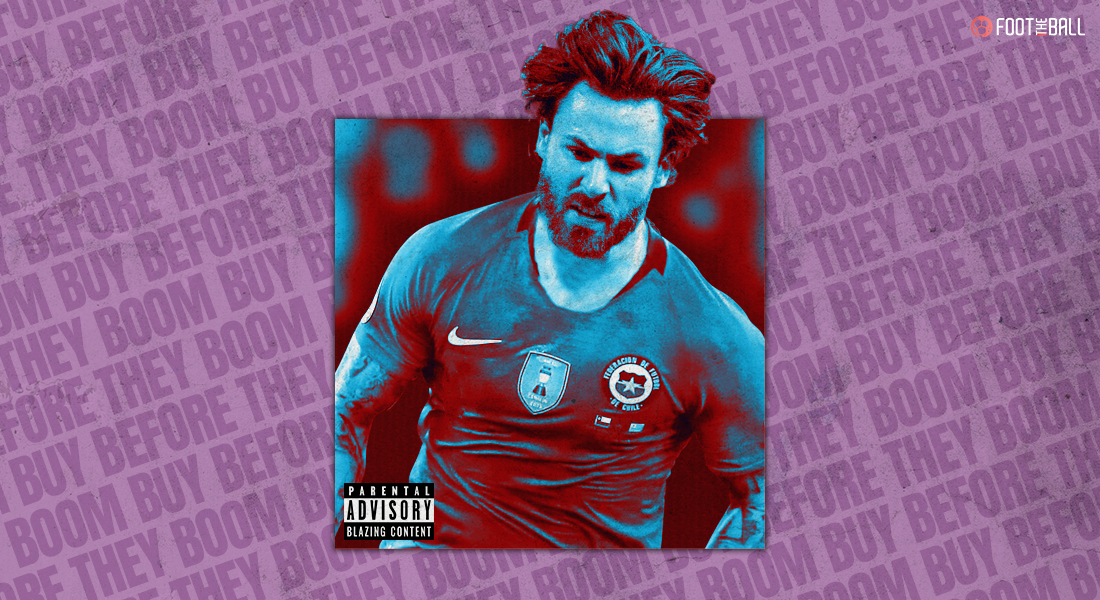 Chile has come into this year’s Copa America with a young British born forward that not many people know about. The two-time Copa winners Chile have been out of touch recently with most of their star players past their prime. Ben Brereton, the 22-year old striker for Blackburn Rovers will have the perfect opportunity to shine in the Chile squad with his physical gameplay and dribbling ability.

Playing in the championship for the past four years, the Chilean international is yet to fulfil his true potential and Copa America 2021 will be the perfect stage for him to showcase his talent to top clubs across the two major footballing continents, Europe and South America.

La Roja has been largely dependent on Alexis Sanchez and Arturo Vidal for goals in recent history and Ben Brereton can be the ideal fit for them to shift the load off the seasoned players’ shoulders.

WHO IS BEN BRERETON?

Born in Staffordshire, England to an English father and Chilean mother, Ben Brereton grew up playing football at the Manchester United academy from the age of six. He developed his game at the Red Devils’ academy for eight years before finally being released in 2013.

Brereton joined the Stoke City academy in the same year. He stayed at the Potters’ academy for two years but failed to impress the coaches. The frustrating spell ended in 2015 when he was released by the club.

He finally found a chance to display his talent at his next junction, Nottingham Forest. After scoring 15 goals in 20 games in his first season with the Nottingham U23 side, he secured his first professional contract. A poor run of form for the senior side provided him with the opportunity to shine for the first team. He impressed in the Championship and after signing a contract extension with Forest, he moved to his current home Blackburn Rovers for a reported fee of £7m.

The recent season was his best in terms of numbers on the field, scoring seven goals and assisting a further five in the Championship.

Internationally, Brereton has the eligibility to play for both England and Chile. He spent his youth years in the England setup, playing with the U15, U19 and U20 teams. He also won the Under 19 European Championship with England before finally taking the decision to play senior football with Chile.

The Blackburn Rovers forward likes to get on the ball and, help his team create constant threats to the opponents. Ben Brereton can be used as a wide forward, who likes to use his skill to evade defenders and cut inside before finding a shooting angle. He is equally skilled at shooting from both his feet which allows him to find shooting space in the box with ease.

The threat he carries from the wide areas draws a lot of fouls upon the Chilean international. In the past two seasons, Brereton won an average of 2.5 fouls per game. Despite his poor crossing success rate, which is 16%, the 22-year old creates 1.55 chances per 90 minutes, all down to his vision and accurate passing in the final third. The ability to spot better positioned forward makes him a great prospect for counter-attacking teams, as he can both create and score in quick transitions.

Brereton likes to play the central role where he can use his finishing and dribbling prowess with both feet to draw defenders, hold up play and find shooting spaces. He also likes to drop deep and pick the ball from midfield, helping his team build attacks.

Chile can use him as a target man in the box, something they’ve lacked for a long time in their forwards. Putting him alongside flair maestro Alexis Sanchez upfront can be a real nerve-racking prospect for opposition defenders.

Ben Brereton’s ability to impact the game from either flank as well as the central position makes him stand out from other players of his age. He can dribble, create and score goals, drop deep and build attacks. A complete forward, the 22-year old can fit into any progressing Championship side.

Blackburn are blessed with his skill on both feet, a trait that instantly adds brownie points to any player in modern football. The benefit of having such players in the squad can be seen in the opposition defenders’ movement. Such players draw multiple defenders and help teammates find empty spaces to attack.

His physical strength makes him a leading figure inside the box, and his awareness always lands him up at the right spot within the six-yard box. Despite lacking in acceleration, the Chilean international can shrug defenders off his shoulders. A powerful striker of the ball as well as an intelligent creator who likes to find the players in better positions, Brereton is the complete threat.

Chile will aim to add a third Copa America this time but it won’t be an easy ride with Argentina, Uruguay and Brazil being the clear favourites.

The 2015 and 2016 edition winners have been struggling recently, winning just three of their last 10 games. Out of the six world cup qualifiers played, Chile could only manage to win one.

Their first-choice forward Eduardo Vargas is not providing the number of goals they desire from him and this might end up giving Brereton his deserved chance. His height and physicality was the deciding factor behind his inclusion in the squad, revealed coach Martin Lasarte. The six-feet tall forward is much taller than an average Chilean player, Vargas himself being five inches shorter.

Chile is likely to get past the group stages and reach the quarter-finals but the path ahead might be difficult if they face one of the favourites in the knockout stages. If Brereton can score a couple of impactful goals, a number of offers might await him back in England. Where can he end up after shining at Copa America 2021?

The Manchester United academy product can find a number of potential buyers after Copa’21 and might finally get his chance in the English top-flight, the Premier League.

The freshly relegated side West Bromwich Albion can be one of the potential buyers of the Blackburn talent in their bid to get promoted as soon as possible. The Baggies need to replenish their ageing squad with some young and talented players, especially in the number 9 role.

Brereton can be an ideal buy for them once they sort out the managerial chaos.

Another destination for the 22-year old can be another Championship side Swansea. Swansea has been lacking in the striker position and despite having a solid system in place, they haven’t been able to come back from the 17/18 season’s relegation. Andrew Ayew’s contract ends this month and their search for a goalscorer might end up with the Chile international. Steve Cooper likes to play a free-flowing attacking system that can allow Brereton to thrive and take them back to where they deserve.

The 2021/22 season began with a lot of hope for the young attacker. After Adam Armstrong’s move to Southampton in the summer and Harvey Elliot’s return to Liverpool, Ben Brereton has become the center piece of Blackburn’s attack in the Championship.

Ben Brereton Diaz was 1000/1 to score 20 Championship goals this season.

It's only December, and he's already smashed it 😲 pic.twitter.com/BqjAAbH3fo

The trident of Armstrong , Elliot and Brereton was apparently masking his true potential or experiencing top tier international football with Chile really had a positive effect on him.

This season he has been ripping up the Championship he has scored 20 goals in 27 appearances and even has one assist. This season Brereton has transformed into the goal-scorer he promised to be when he broke through at Nottingham Forest. Brereton only trails Aleksander Mitrovic in the goal scoring charts in the Championship, who has been on fire this season scoring 28 goals. Mitrovic looks well set to break the goal scoring record set by Ivan Toney last season, which he set with Brentford  scoring 32 goals.

Aleksandar Mitrović in the Championship this season:

He scored a brace as Fulham beat Reading 7-0 tonight. 🔥🔥🔥 pic.twitter.com/D2BSIsZBI4

If Blackburn do not get promoted to the Premier League, he will surely leave in the summer as it seems at 22 he is ready for the next level .